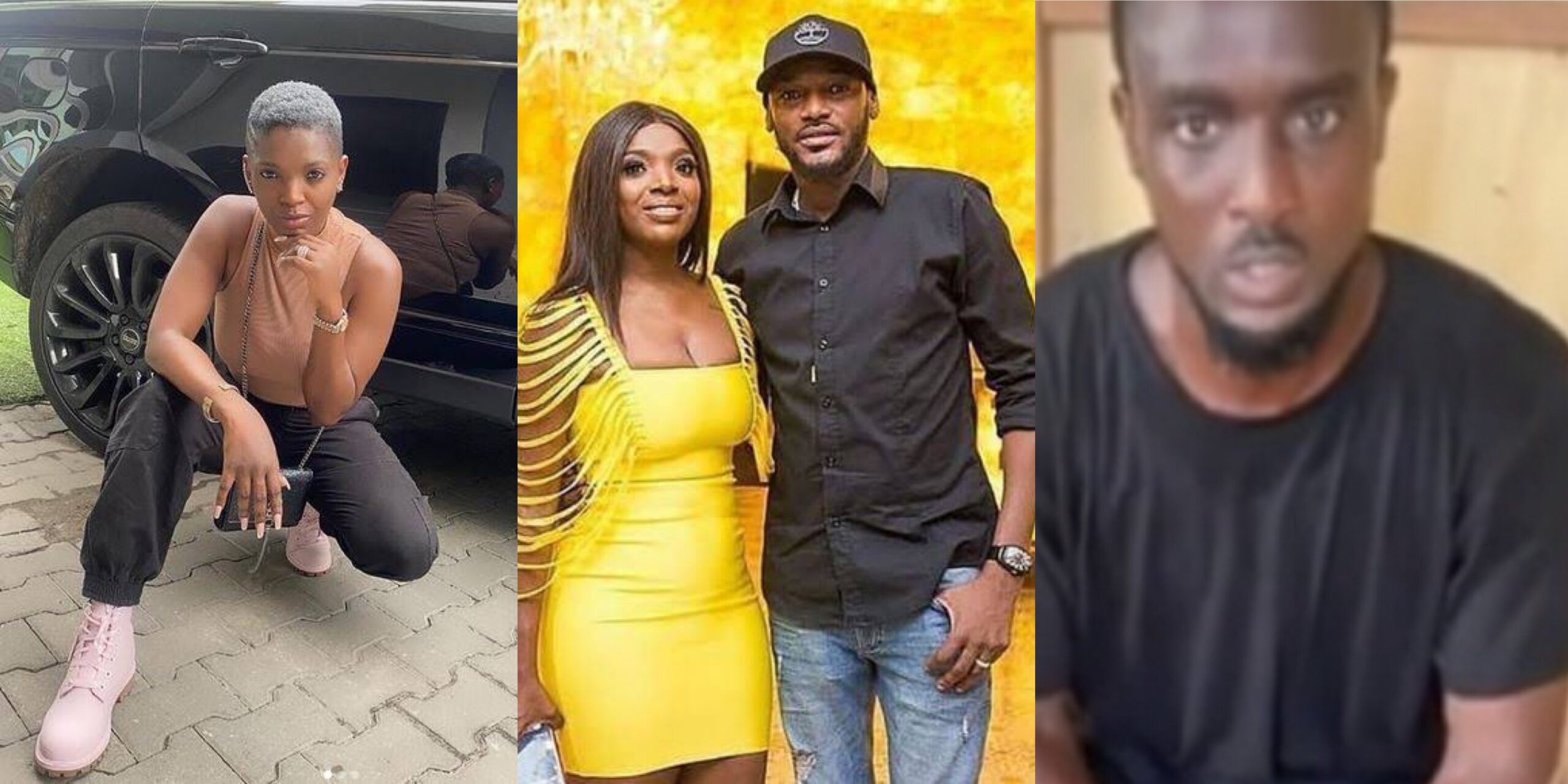 Nollywood actress Annie Idibia has called out her elder brother, Wisdom Macauley after he accused her of introducing him to hard drugs. 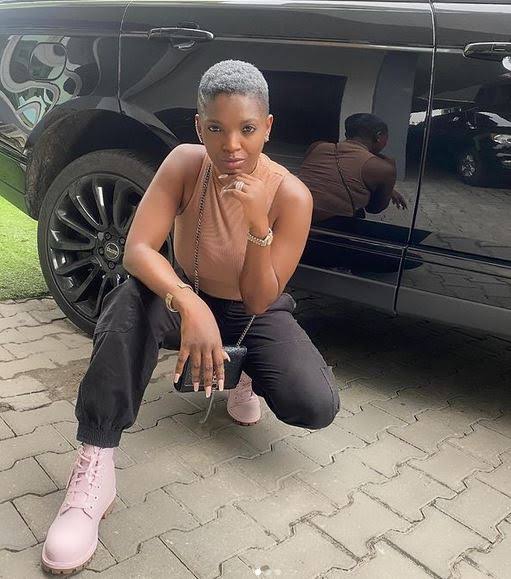 Macauley made this known via his Instagram page on Wednesday, March 30, 2022.

According to him, Annie turned him into a slave and refused to pay him all his dues during the period he worked for the actress. 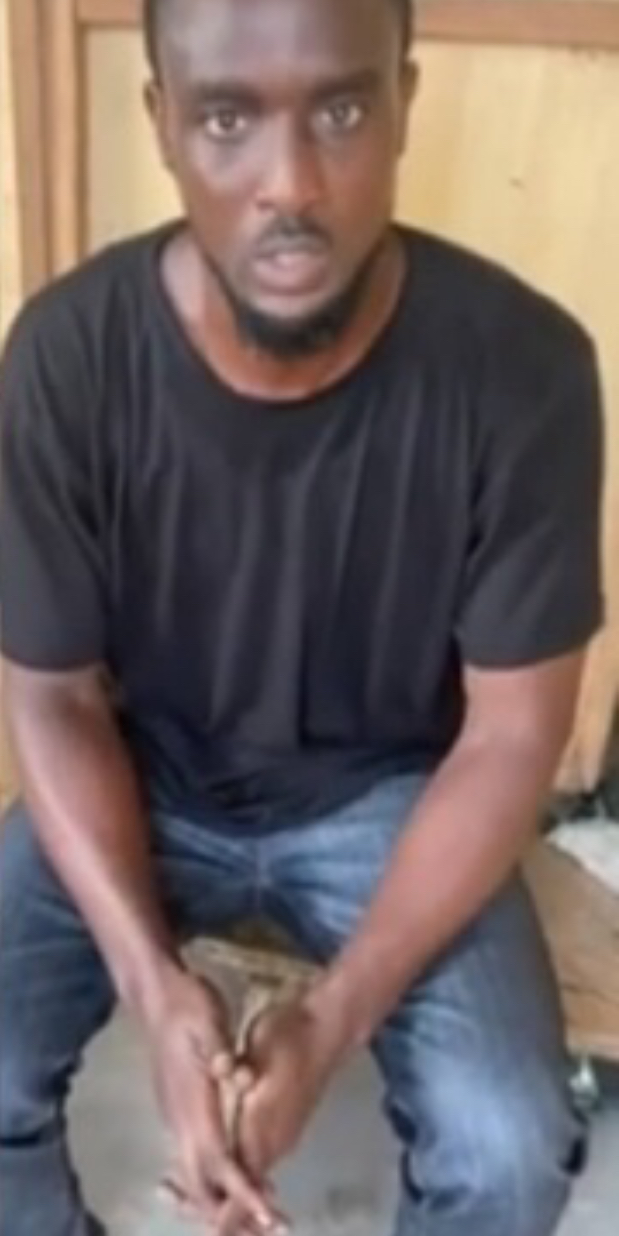 Hello Nigerians, my name is Wisdom Macaulay, I am the elder brother of Annie Macaulay Idibia. I’m crying out for help at this moment because my life is been threatened. I have been working with my sister for some time but she would never pay me my dues,” he said.

“She would rather send me N20,000 or N30,000…turn me to her slave and she can decide when she is angry to end it. Some weeks back, her husband sent me some money that I have begging him for years.”

“The money wasn’t so much but I used it to settle my home. I have a wife from Imo State and I am yet to pay her bride price because I don’t have money.”

“Annie introduced me to drugs, hard drugs, Annie takes drugs, she is a drug addict, she takes it every day, she is so violent, she doesn’t have peace with anyone, she fights everybody.”

In her response, the actress accused her brother of being irresponsible. Apparently, their rift started after she refused to make him her manager, a position she wasn’t comfortable with. She also alleged that she has been responsible for the upkeep of his family for a very long time.

The actress said her brother had several times threatened to kill himself over petty reasons.

She finally advised him to stop acting like he is entitled to money and leave her family alone. 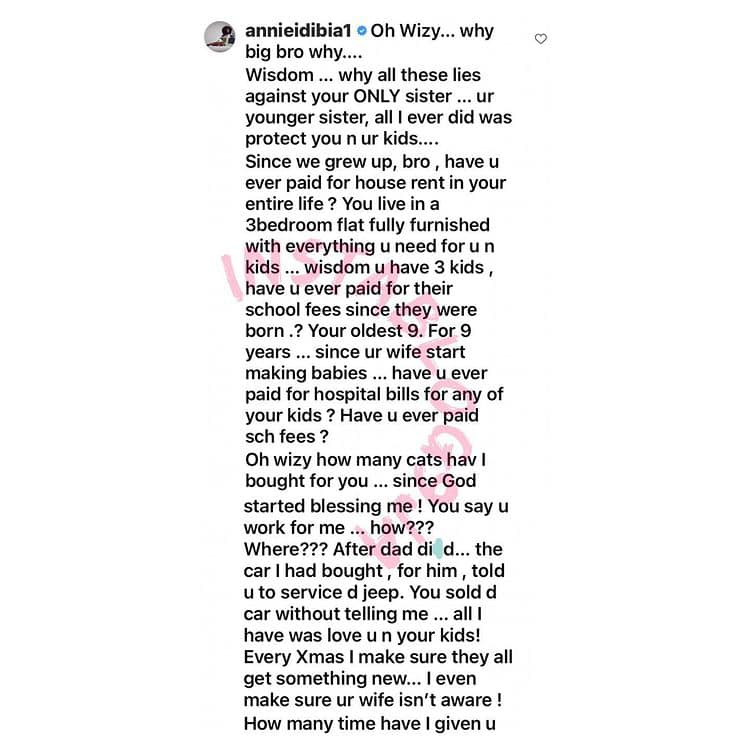 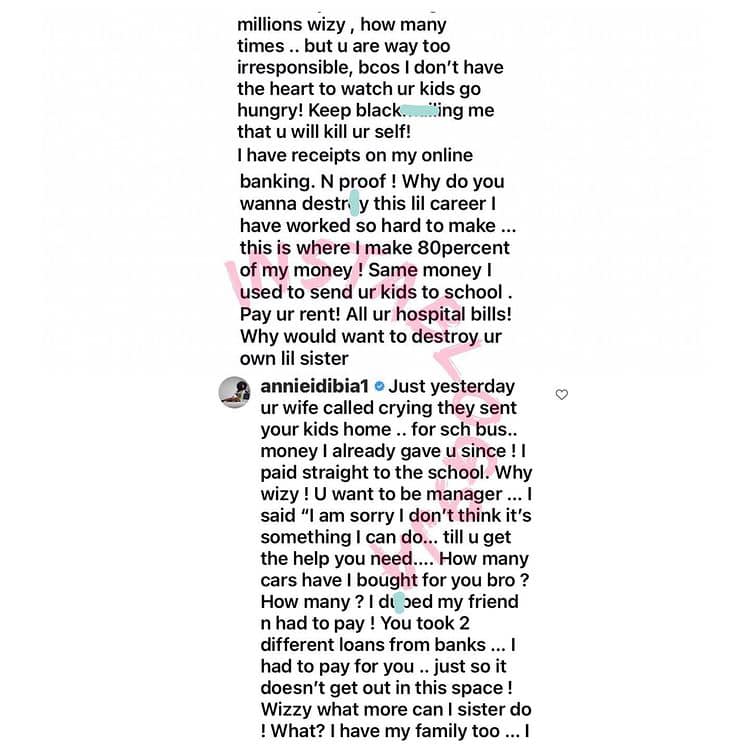 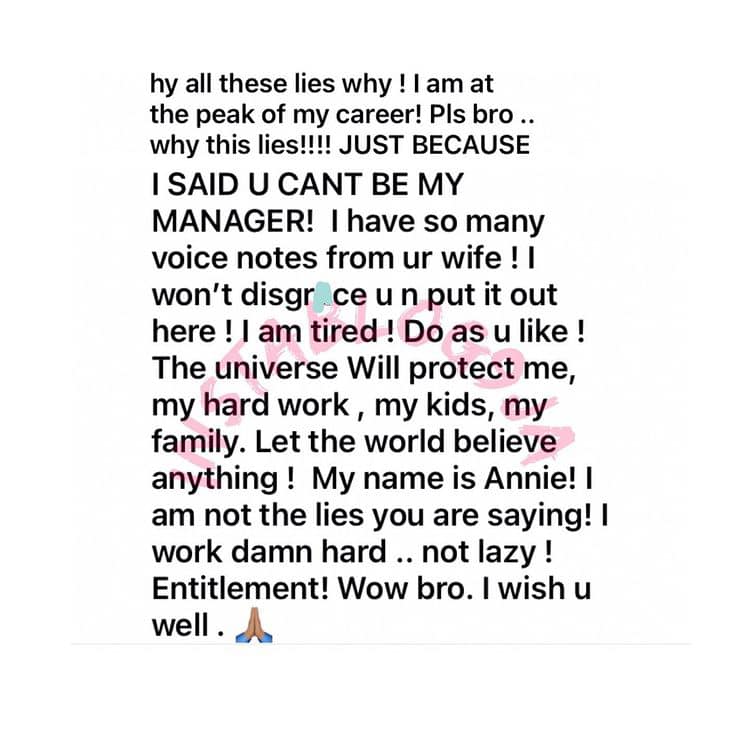