Actress, Iyabo Ojo, has dragged actor, Yomi Fabiyi, for the comments he made sympathising with Baba Ijesha who has been arrested for allegedly molesting a 14-year-old girl.

After police revealed in a statement that Baba Ijesha confessed to the crime and was even caught on CCTV, Yoruba actor Yomi Fabiyi released a post asking his colleagues not to jump into conclusions. 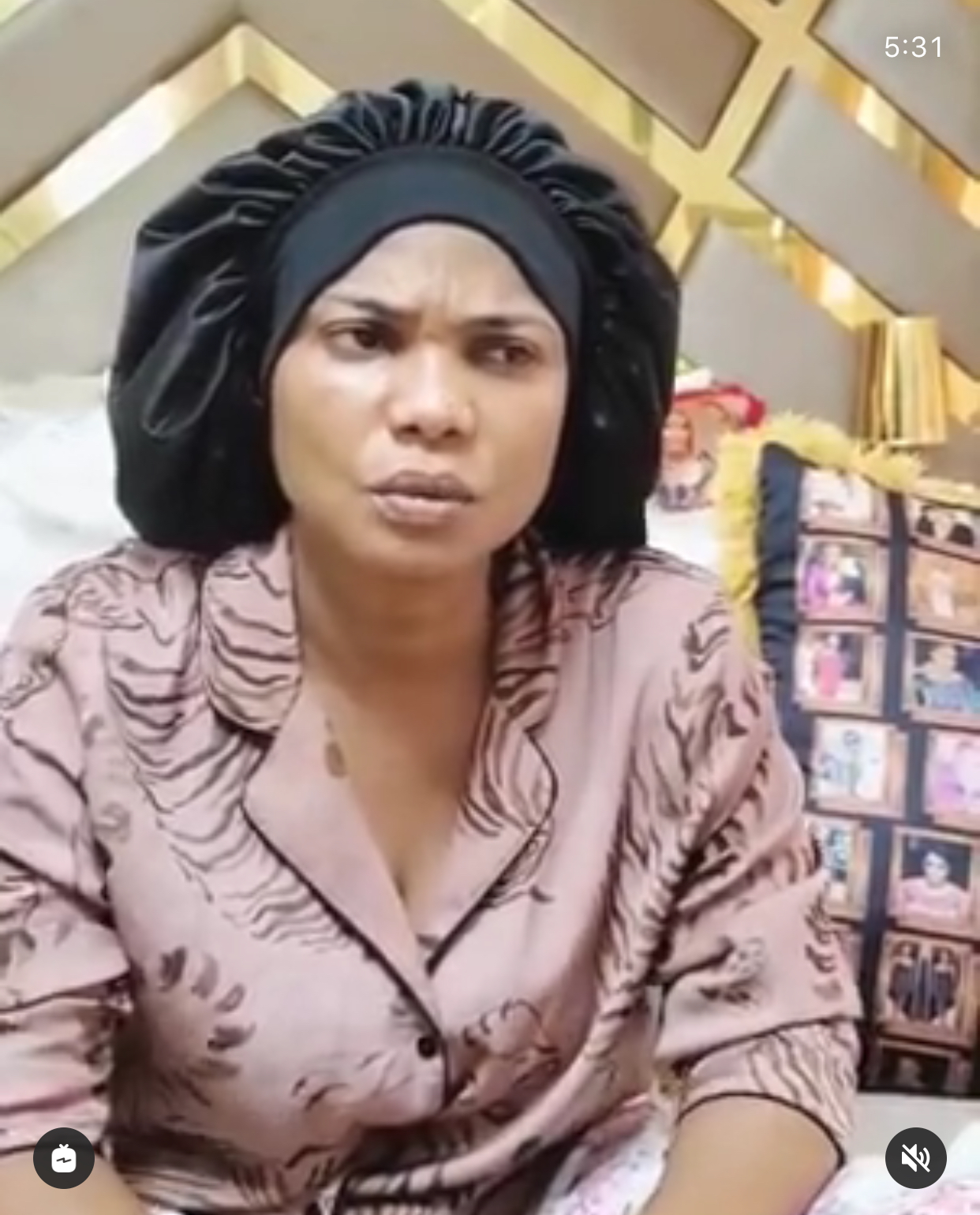 He went on to demand evidence first. 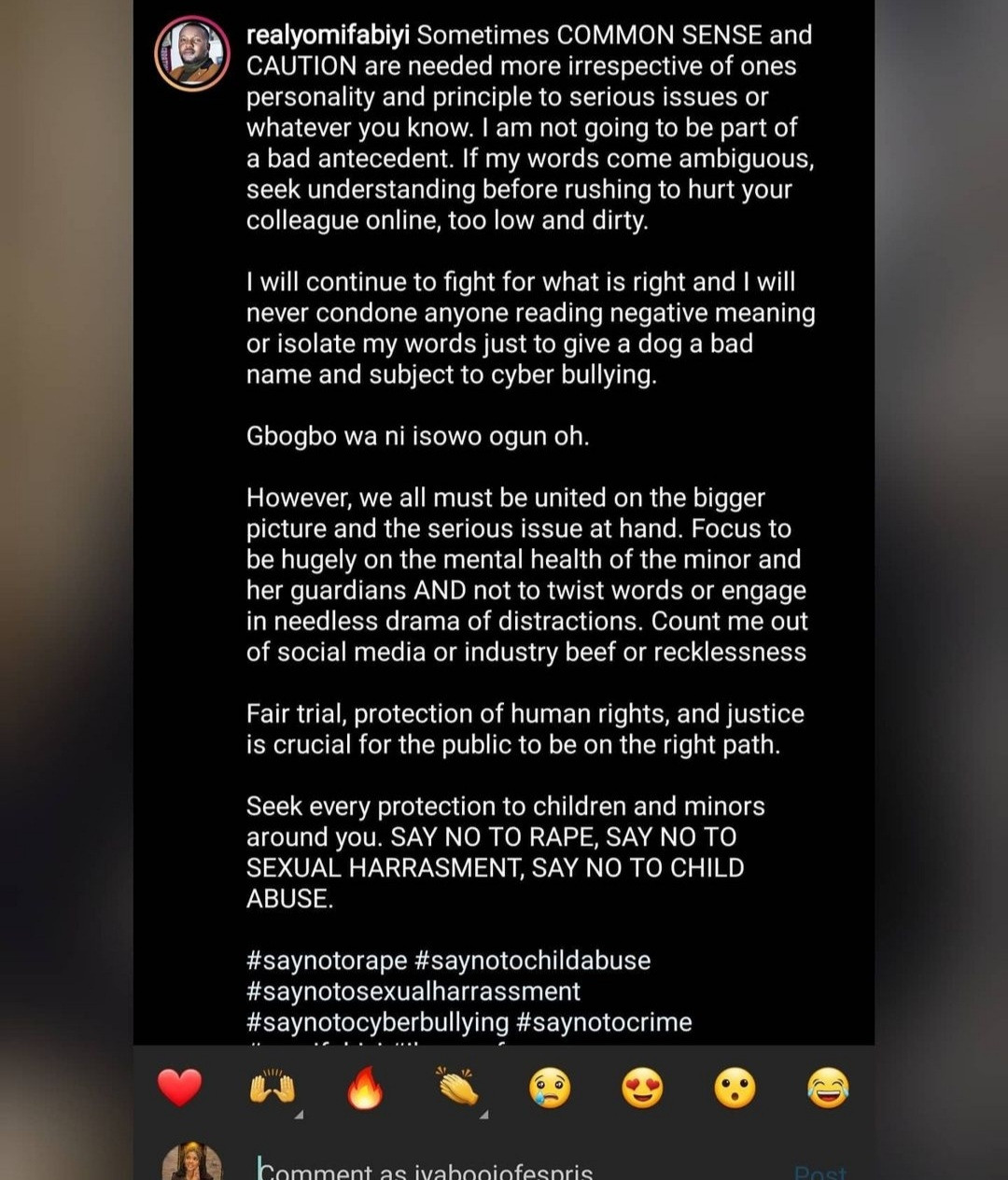 To clear the air, comedian Princess released a video.

According to Princess who is the foster parent of the victim, Baba Ijesha first assaulted the girl sexually when she was 7. Another time, he is said to have penetrated her with a key.

She said the alleged act affected the girl mentally and physically as she hardly did her school work and always failed in class. 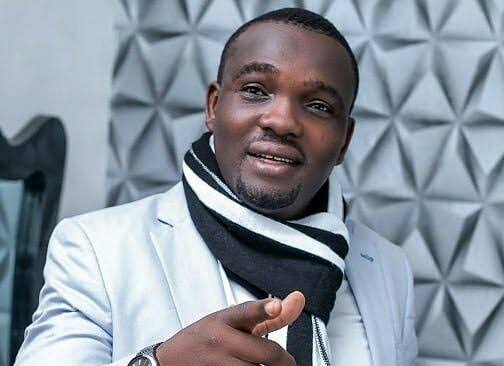 It got so bad that the school once called the girl’s biological parents and also called Princess to report that the girl was caught in school grinding her brother.

The girl kept the abuse to herself until recently when she opened up at age 14.

At this point, Princess said she put up CCTV camera in the house and alleged it captured Baba Ijesha in the act. She alleged that when he was confronted, he confessed “4 times” and blamed the devil.

Princess called out Yomi Fabiyi for demanding evidence before he condemns Baba Ijesha’s act. She asked why a grown man will want to see CCTV footage of a child being molested.

She also called out Foluke Daramola and asked if anyone requested for evidence when she disclosed she was a victim of rape.

However, Yomi Fabiyi stood his ground and accused his colleagues of being in the habit of kicking a man when he’s down. 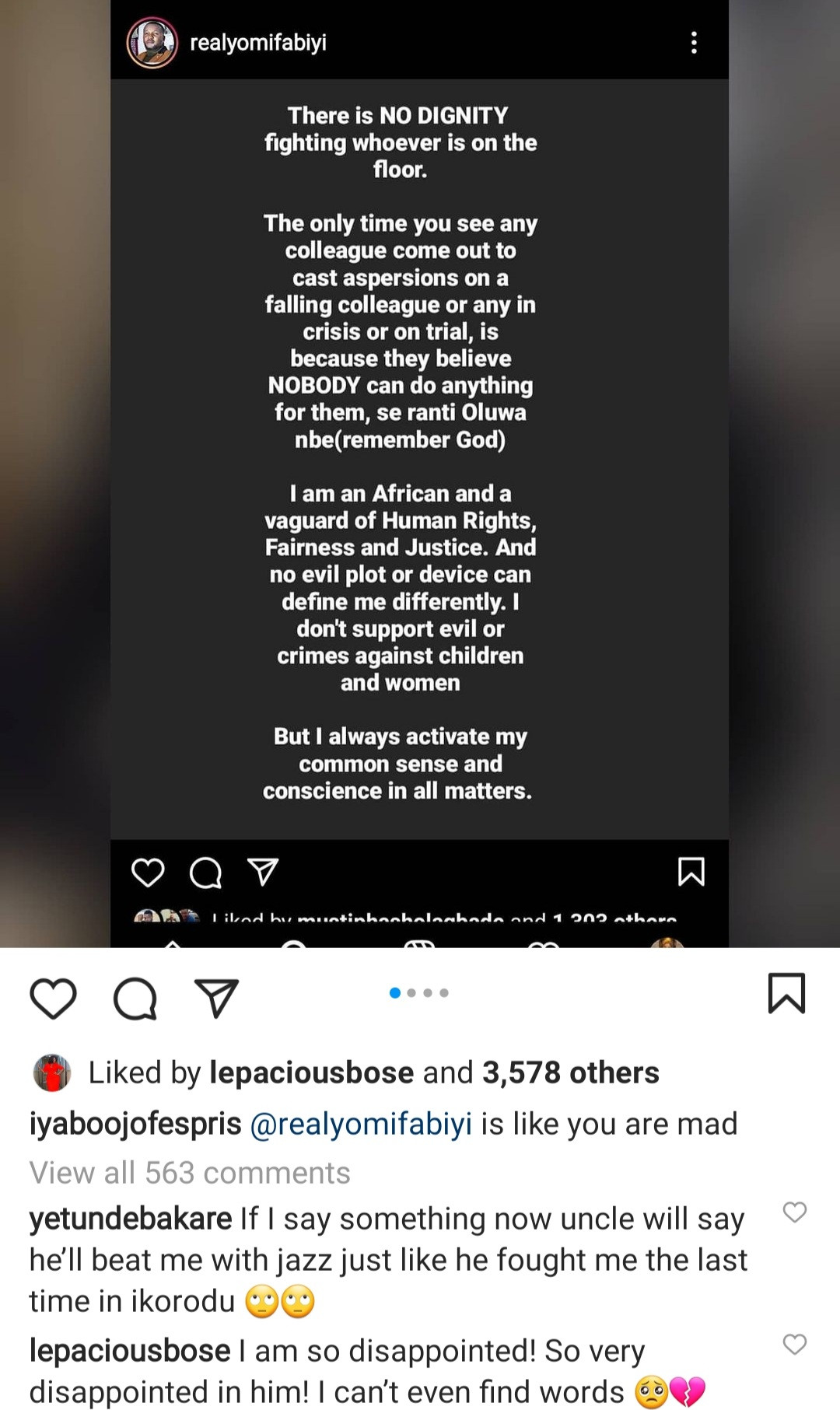 Yomi then took to his Instagram Live to hit back at Iyabo.

In response, Iyabo also took to Instagram Live to blast Yomi. She called him “mad” and other choice words. 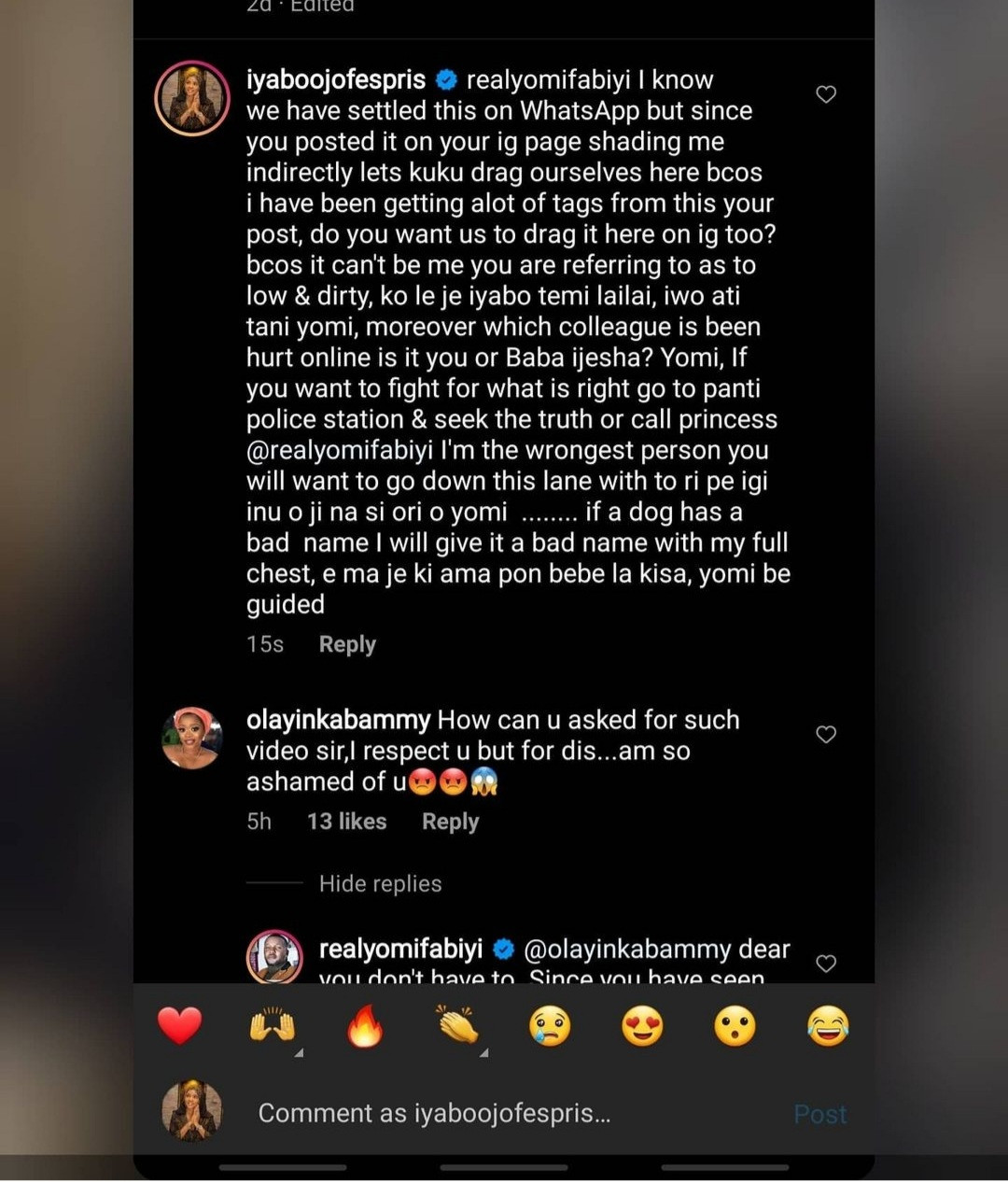 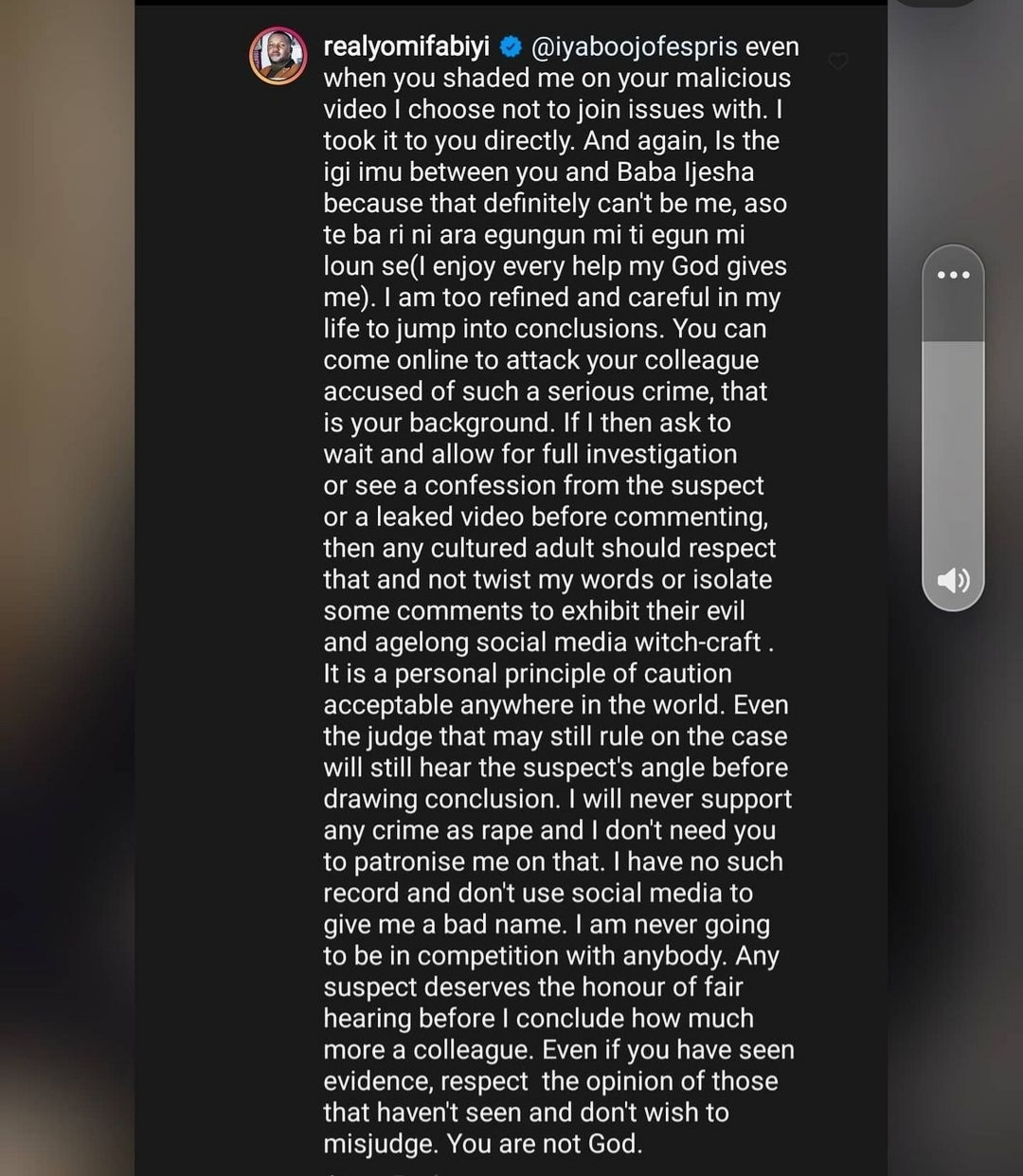