Home Uncategorized Aisha Yesufu Reveals That Her Husband Who Is A Muslim Still Listens...

Aisha Yesufu who is a popular Nigerian female activist has disclosed that her husband who is a staunch Muslim but despite that, he still listens to a Christian cleric, Pastor Sam Adeyemi. 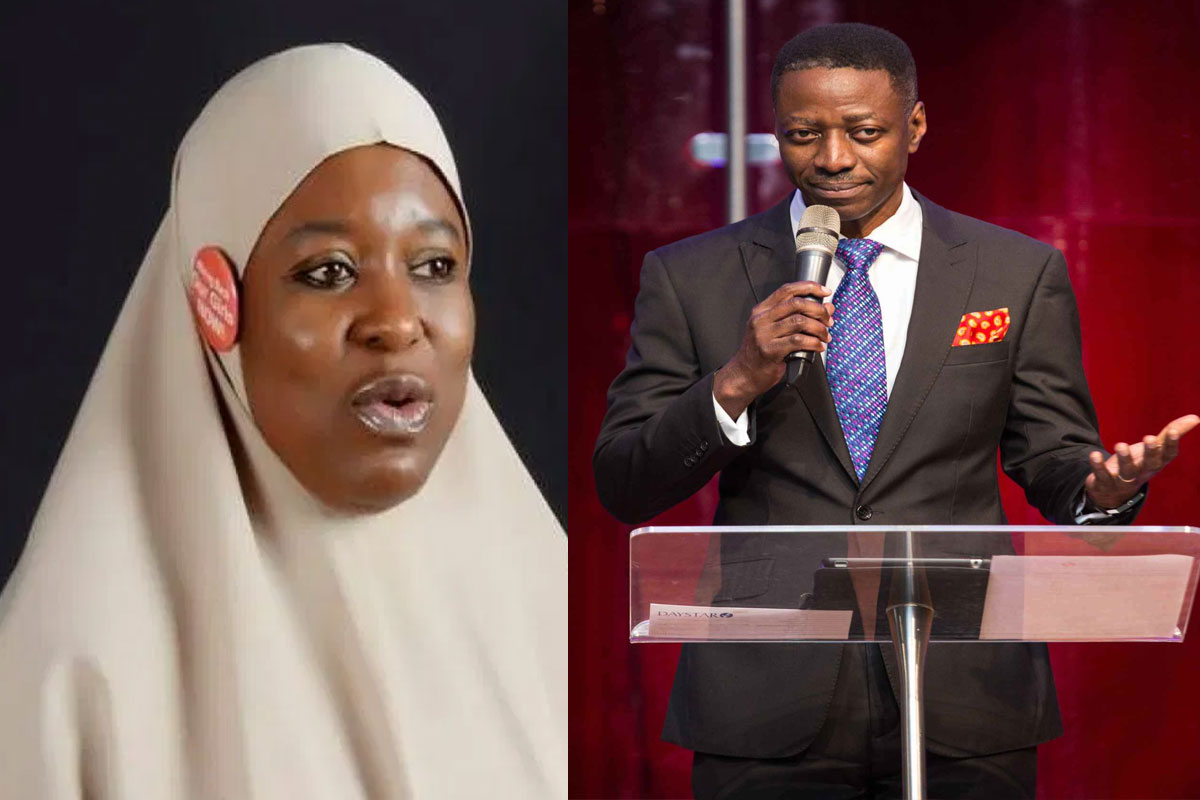 Pastor Sam Adeyemi is the General Overseer and founder of Daystar Christian Center which is one of the major Christian denominations in Nigeria.

He is a motivational speaker and a Pastor who is well versed in the scriptures, such that he has written several books and his teachings are available to his followers in audio and video formats.

Although most Muslims usually do not want to have anything to do with Christians or their men of God, as it may be against their own religion, Aisha Yesufu has revealed that her husband listens to a pastor. 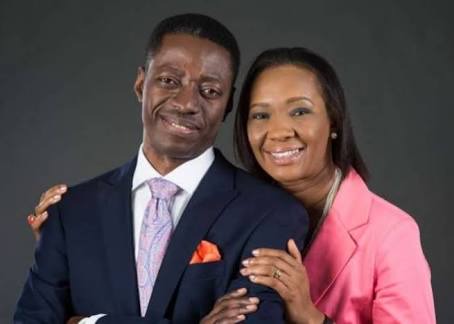 She made the revelation when she shared pictures of the audio CDs which she found in her husband’s possession while she was clearing his old stuff in the house.

This means that even as a Muslim, her husband has been listening to words from a Christian man of God. 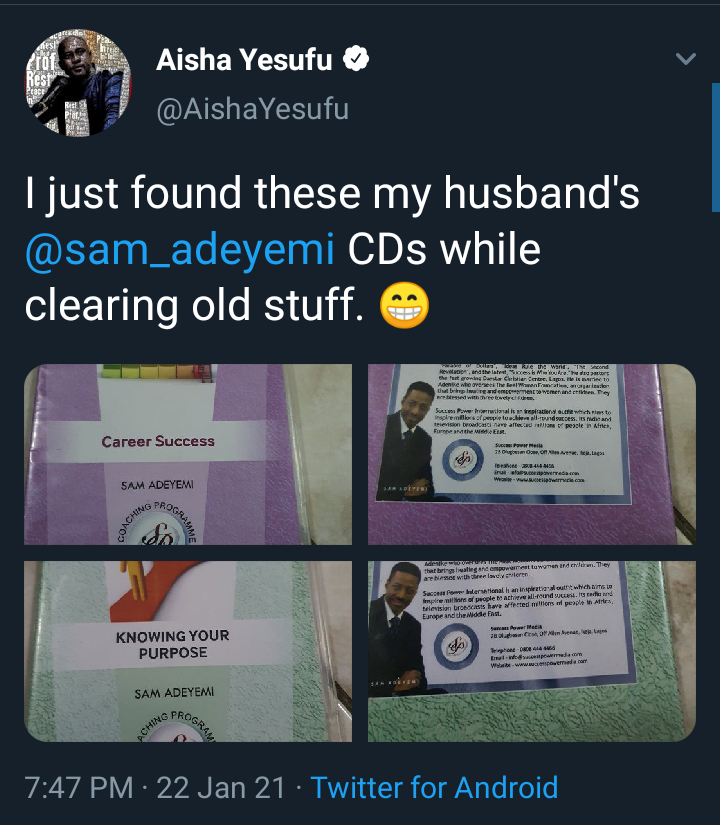 Aisha Yesufu’s husband’s act is exemplary to all religious persons who have come to think that religion is a tool for hatred and that someone from one religion cannot interact with people from another religion. 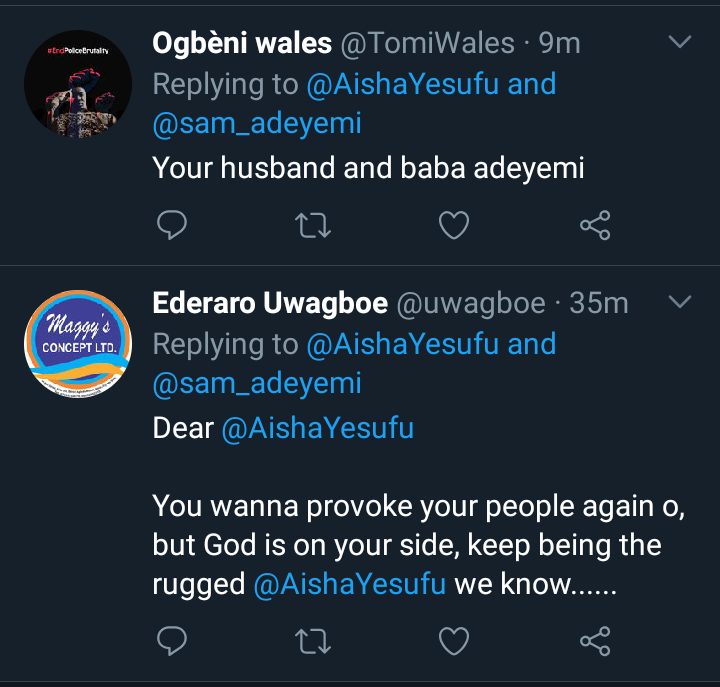 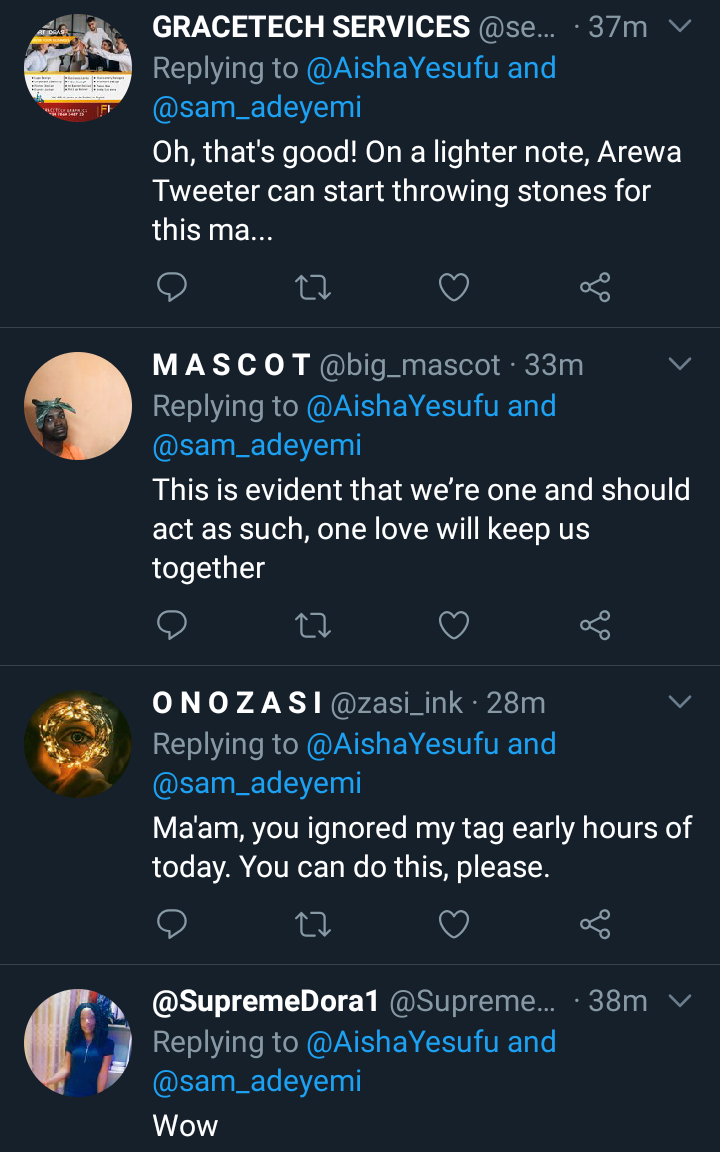 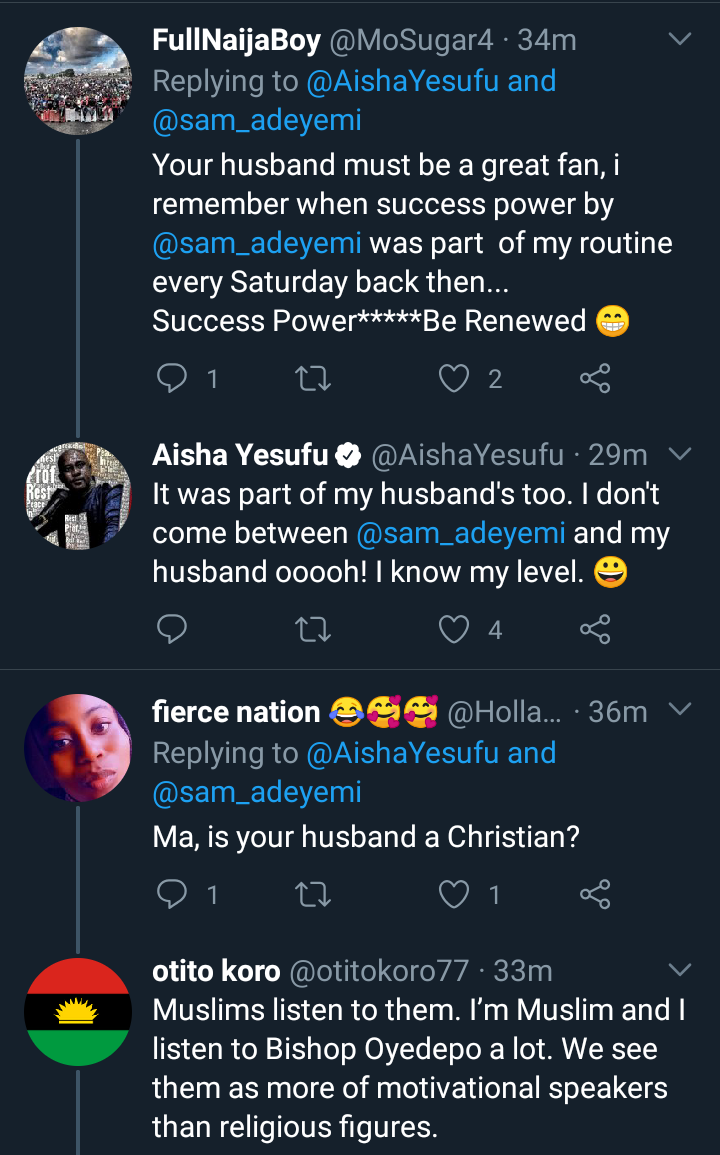 ‘Please Marry Me’ – Lady Searches For Husband On Social Media