General Overseer of Omega Fire Ministries International Apostle Johnson Suleman has reacted to the reports that he was under probe for alleged misconduct and threat to life. 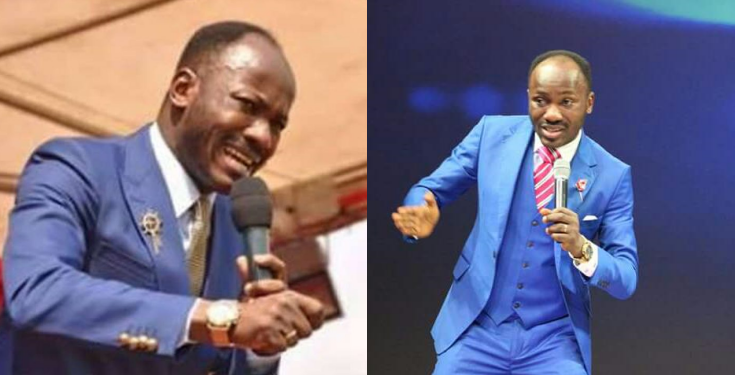 This comes after reports went viral that pastor Davids, a former subordinate to Suleman, had accused him of sleeping with his wife, threatening his life and denying him access to his three children.

The reports revealed that Davids’ wife is Pastor Faith Edeko who heads the Utako, Abuja branch of the church.

While Edeko,has denied having sexual relationship with Suleman, the popular pastor has also reacted in a tweet on Monday, as he urged the public to discard the report, saying there was no such thing.