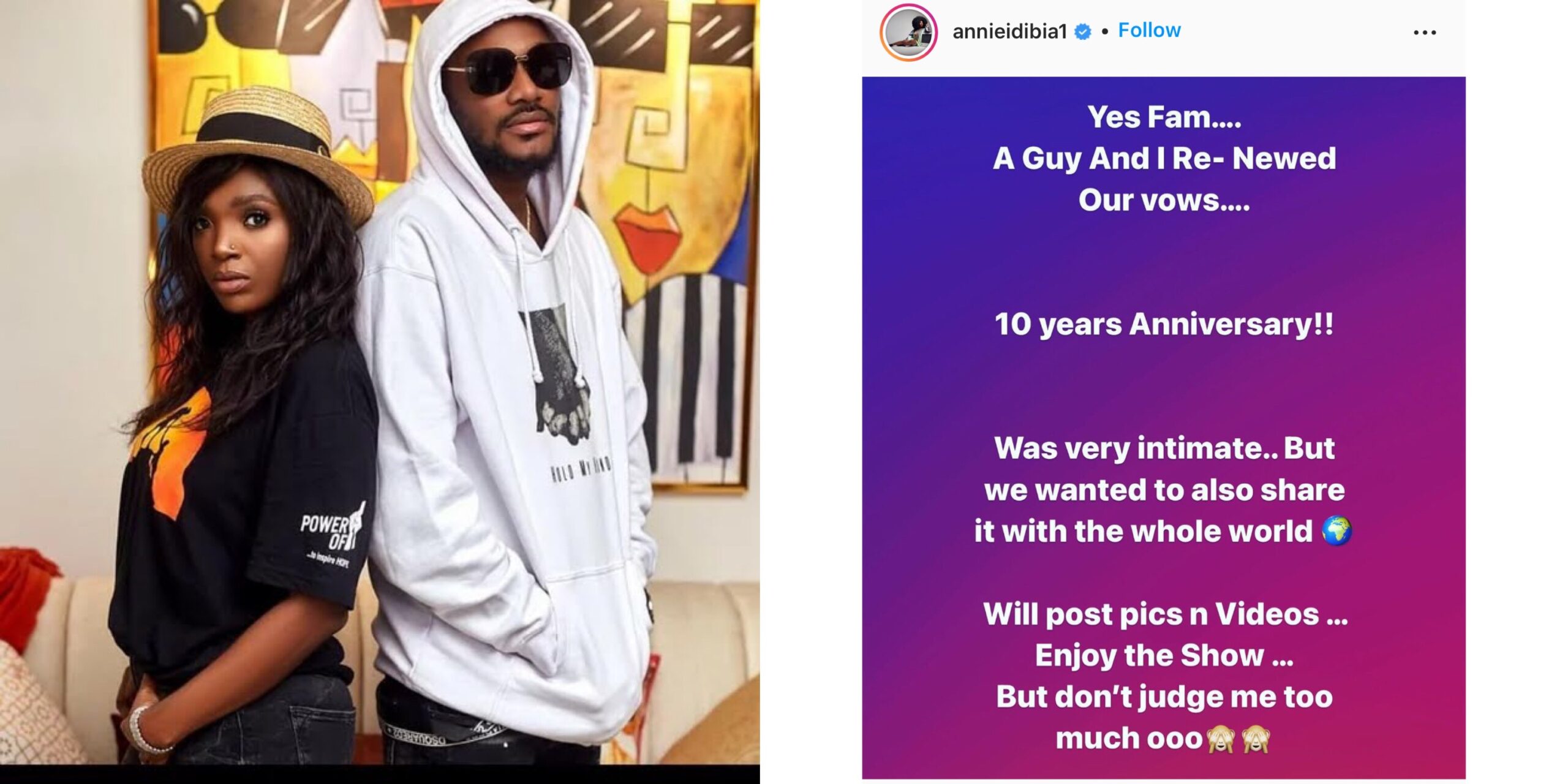 Nollywood actress Annie Idibia has revealed that she has renewed her wedding vows with her hubby, 2Face Idibia. 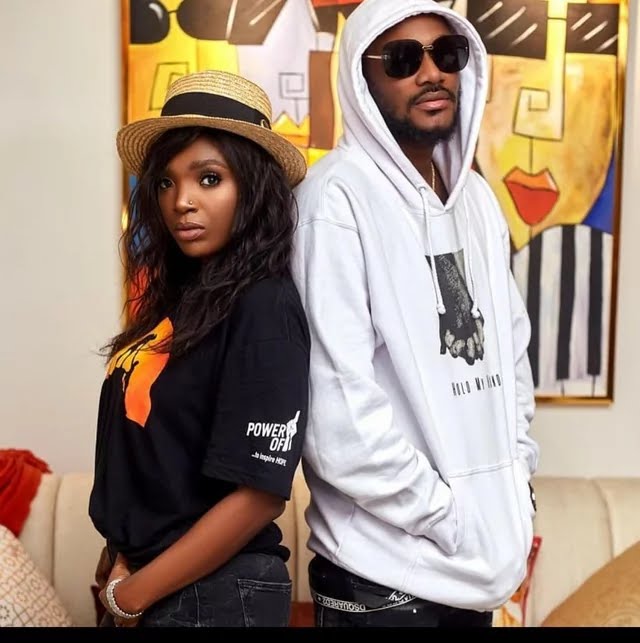 The movie star made this known via her Instagram page on Friday, March 18, 2022.

“Yes, Fam…A Guy And I Re- Newed Our Vows…10 years Anniversary!! Was very intimate. But we wanted to also share it with the whole world. Will post pics n Videos,” she wrote.

“Enjoy the Show…But don’t judge me too much oo” “VENERABILITY Isn’t weakness! I wanna Believe That it is being BRAVE…It IS “STRENGTH” Will definitely post images from our 2nd very intimate wedding/vows renewal”.” 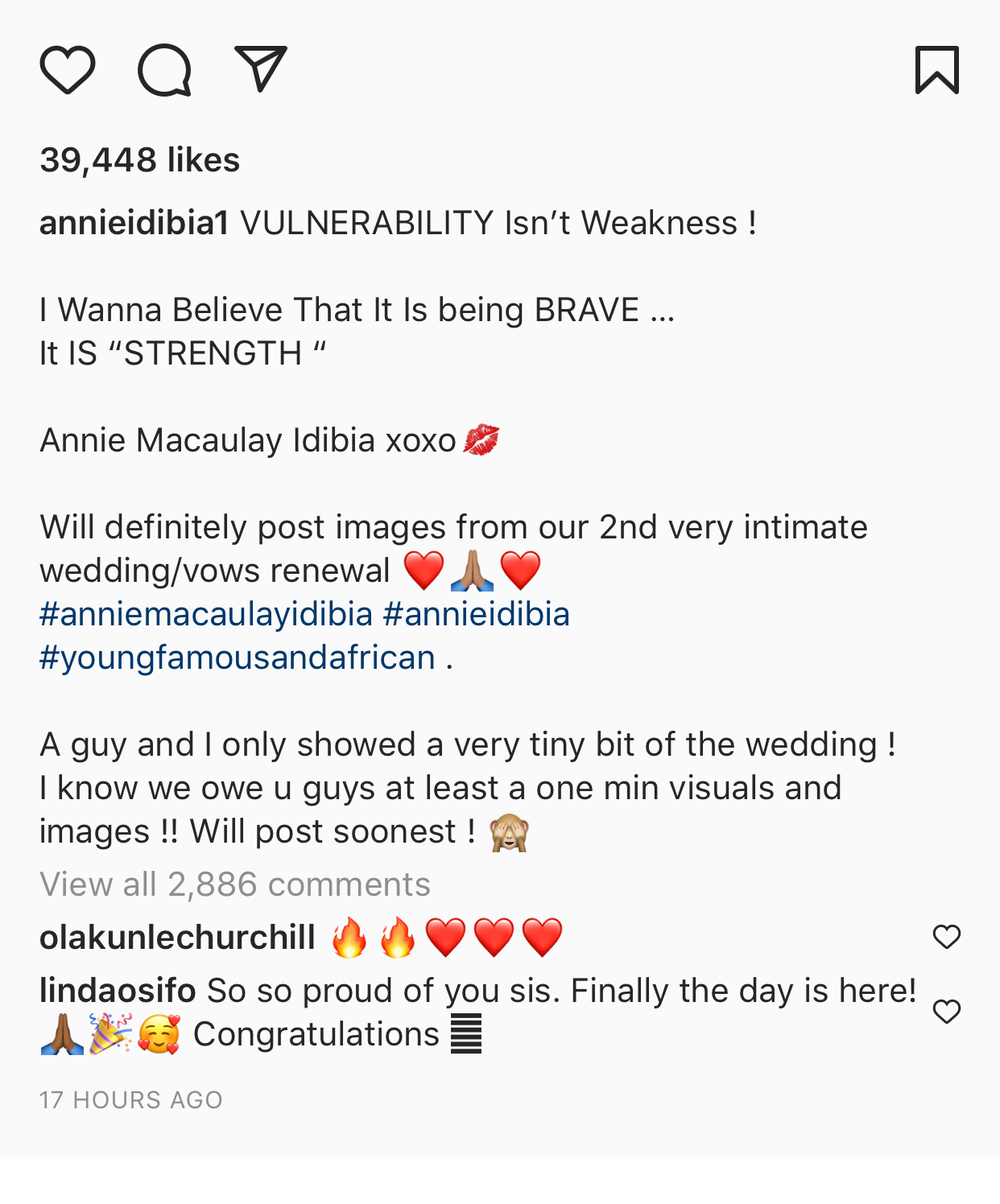 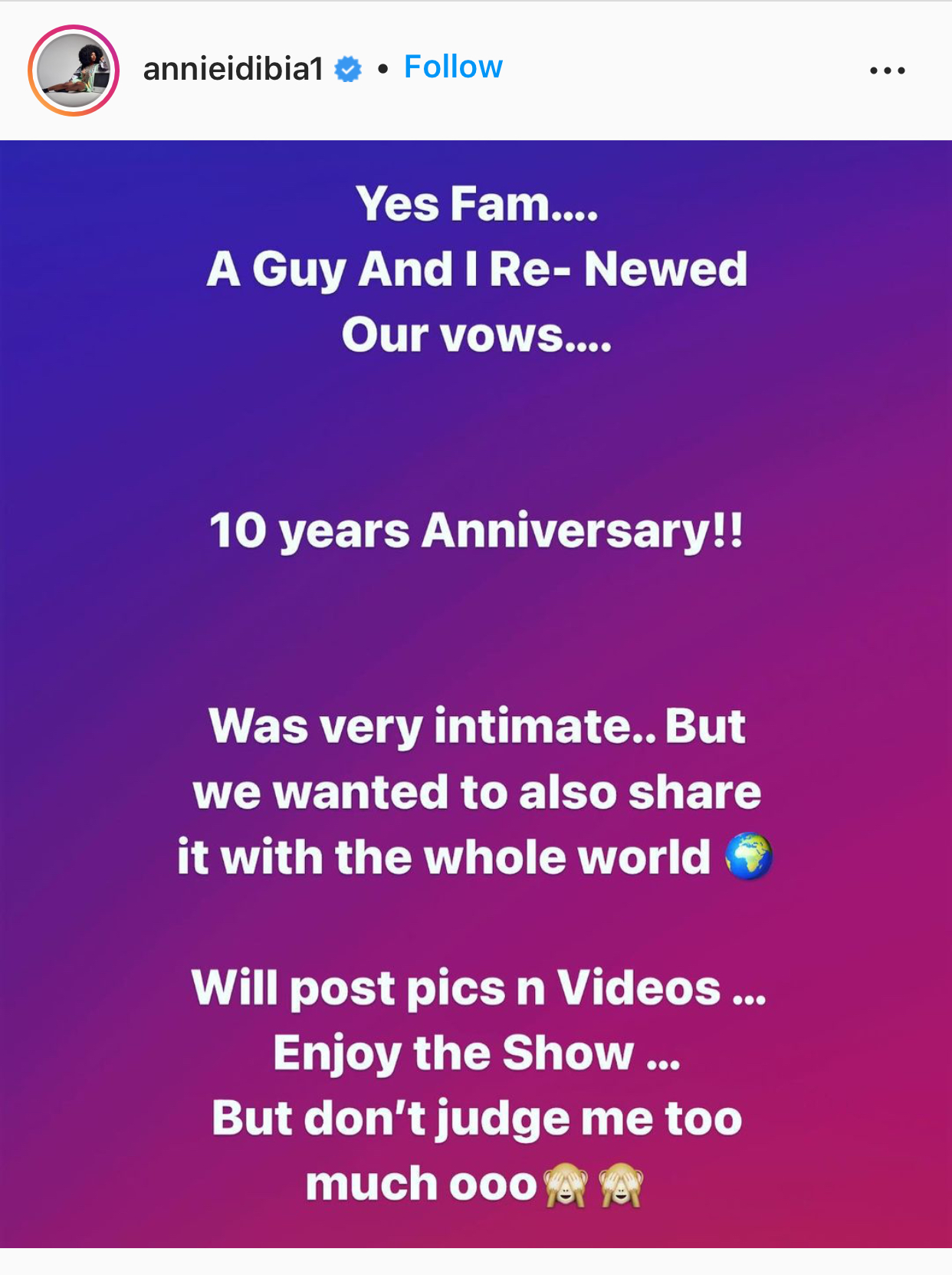 Annie’s post came hours after a video where she broke down about her husband’s affairs.

“When you meet someone, then you know them first and then you wake up to different people are having babies for him and then he has five different kids with other women, my first child is his fifth and I met him before everybody,” she said in the video.

According to the actress, she had been subjected to many humiliations and embarrassment and would always question how 2face made the same mistake twice.