Home News APGA victory is a bad omen for Igbos as it is looking... 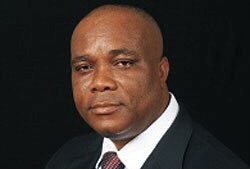 Mr Agukwe said the lead would further isolate the zone from the national political grid.

He argued that it had truncated efforts of some South-East leaders, like Hope Uzodinma of Imo, to bring the region to the front burners of national politics.

“Some people erroneously thought that it was between them and Governor Uzodimma,” stated Mr Agukwe. “No. He wanted to change strategy for his misguided brothers. We lost an opportunity to stop others from being suspicious of the Igbos.”

He explained that the APC made a bold inroad to entrench itself in the South-East to correct the misconception that the zone is at “political” war with other regions.

“From five per cent to over 20 per cent. People thought it was personal, Not many would be right at the same time. Governor Uzodimma was bold and strategic. APGA has been made to look like an Igbo party. Is there Hausa or Yoruba party?” he asked.

Mr Agukwe reiterated the imperatives of inclusive politics for the South-East, adding that it was the roadmap towards achieving national political relevance.

“APC did not set out to annex Anambra state but to show direction to our misguided folks. My people should stop complaining; we are not at war with anybody,” he stated.