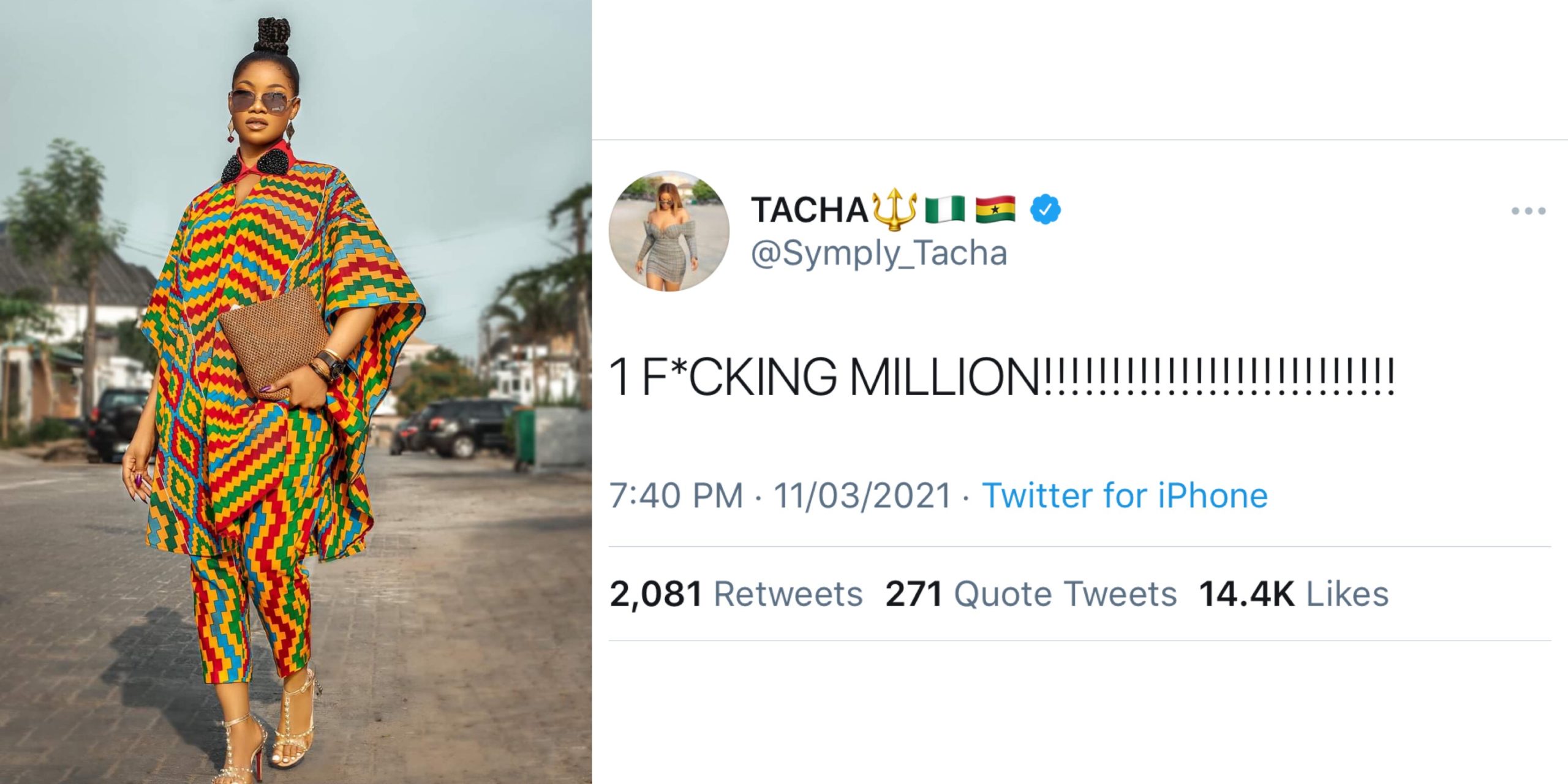 Reality star Tacha no doubt has great love from her supportive fans. 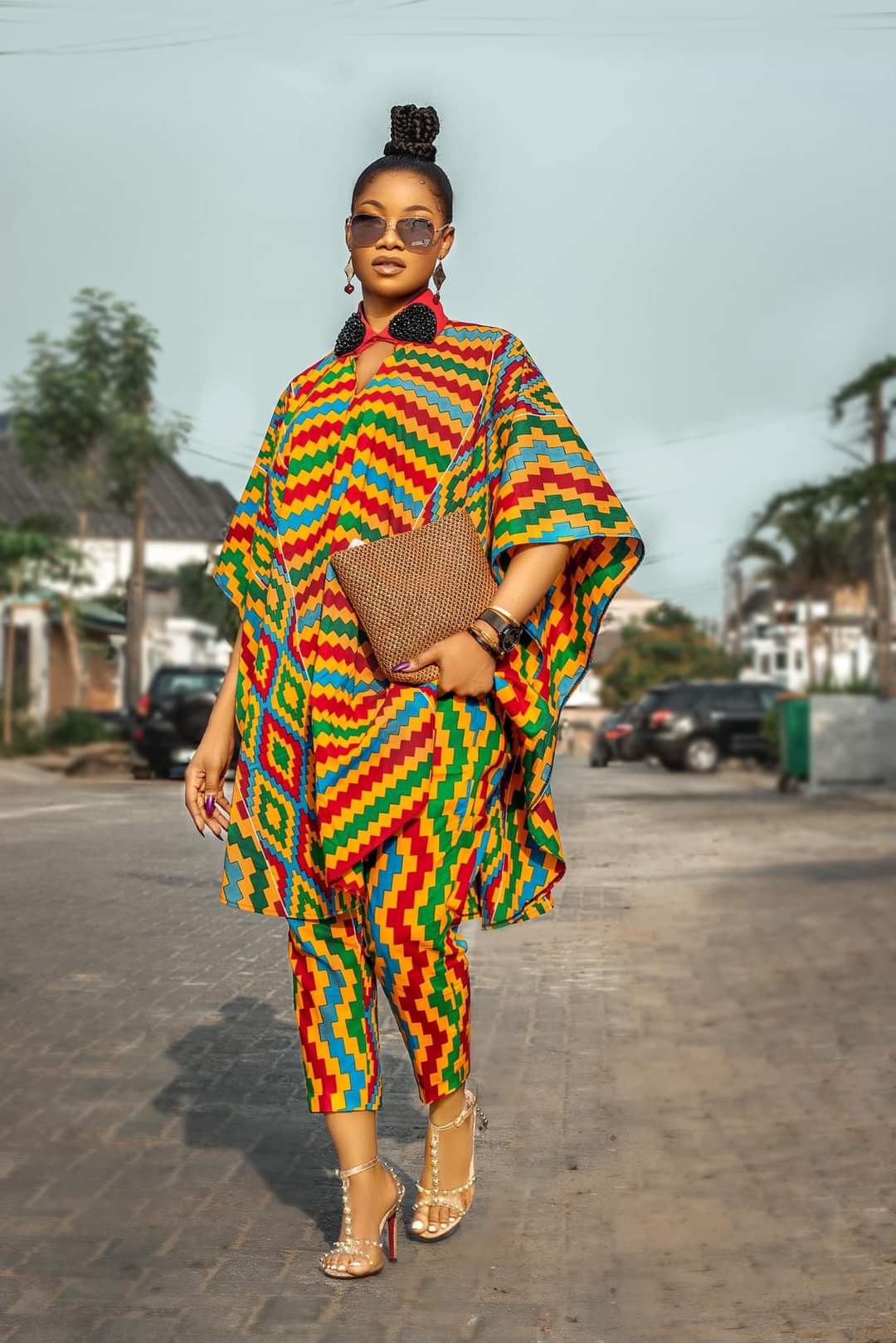 Natacha ‘Tacha’ Akide, who gained quite a controversial reputation while on the BBNaija show has hit the 1M followers mark on Twitter making her the first female ex-housemate to achieve the feat. 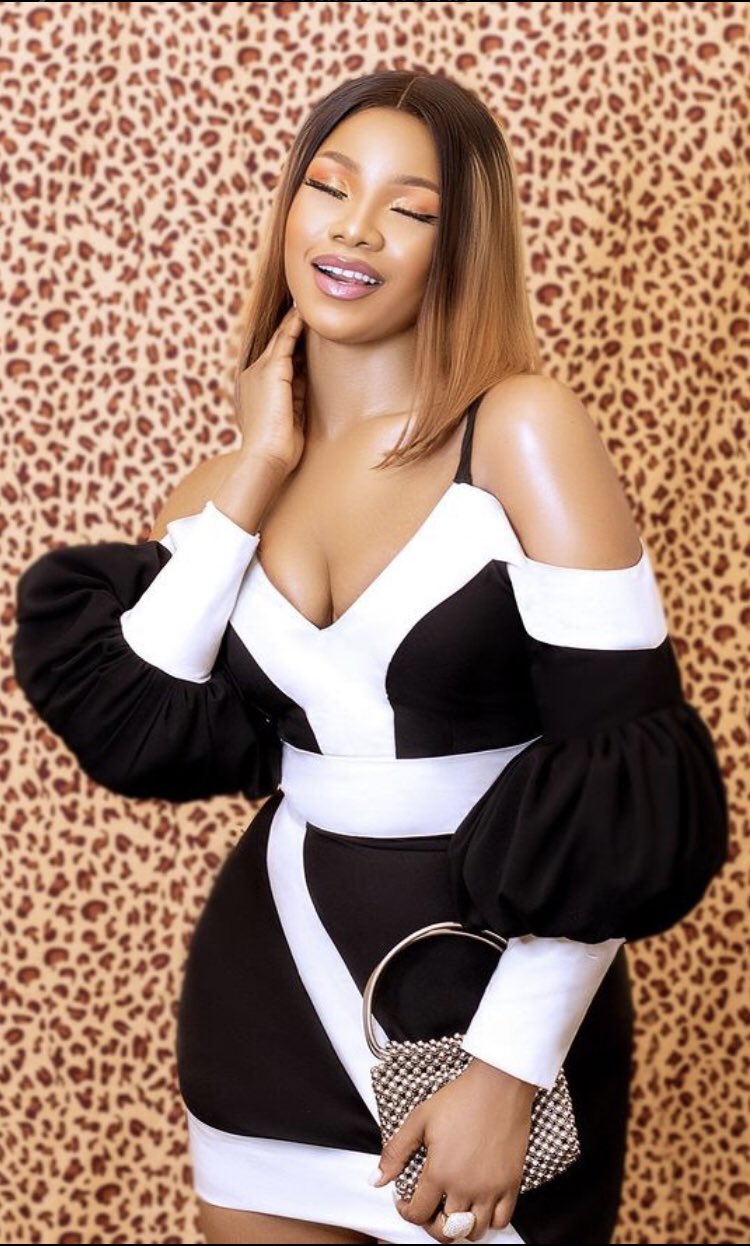 Social media followers are quite important to a number of celebrities because it shows the level of acceptance they have from fans and how much reach their activities would get. 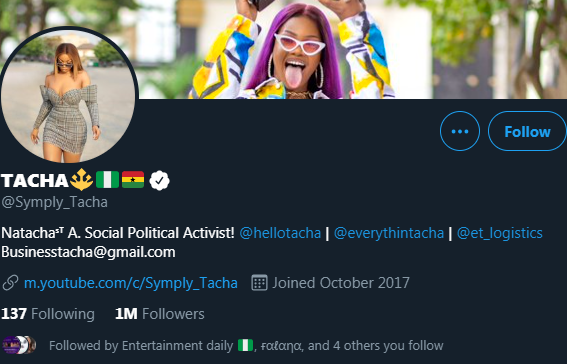 To acknowledge the great feat, An excited Tacha took to her page on Twitter expressing her appreciation to her fans and supporters.

View the tweets below: 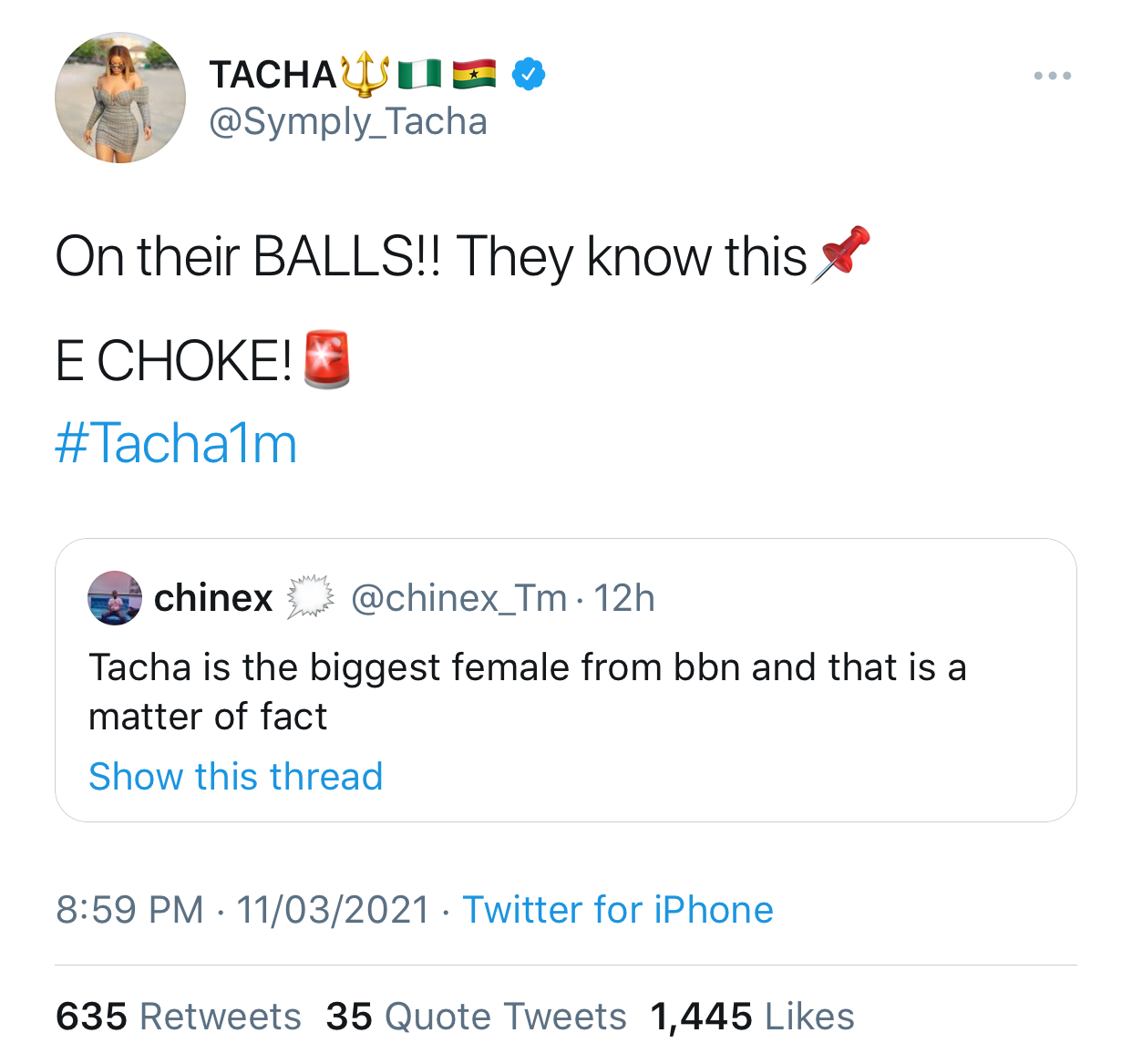 Fans and followers of the Controversial BBNaija 2019 star identified as Titans have flooded Twitter with congratulatory messages for her. 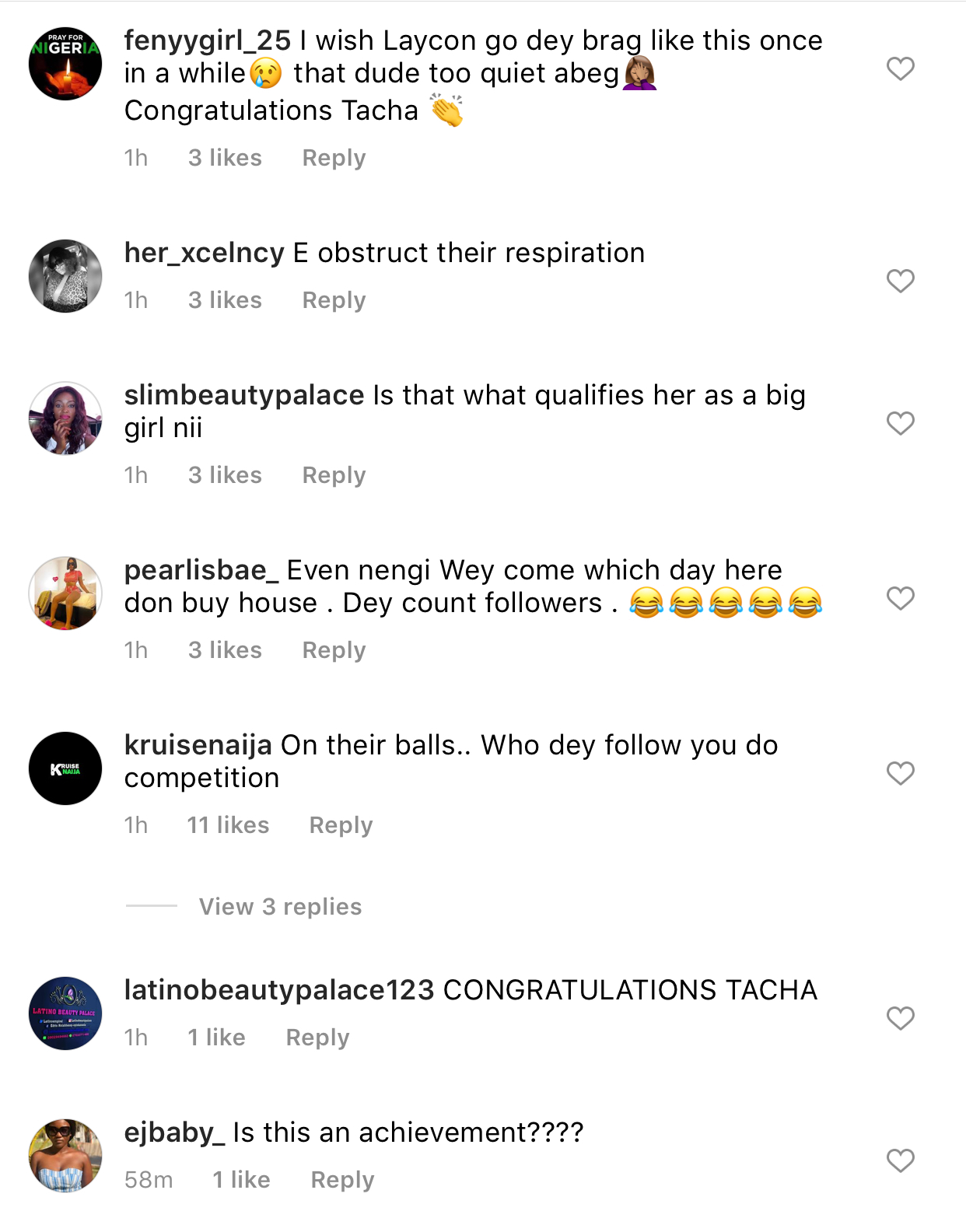 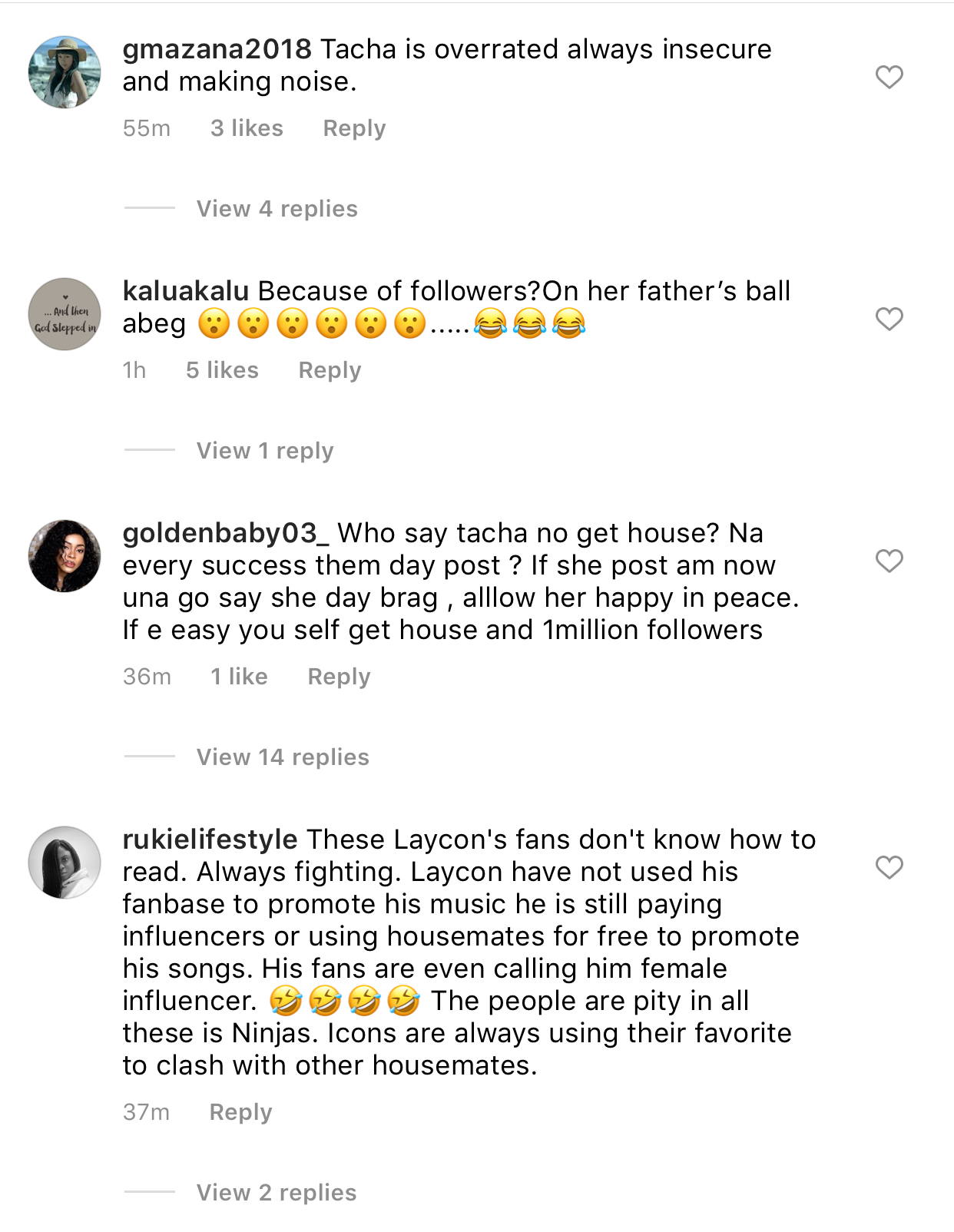 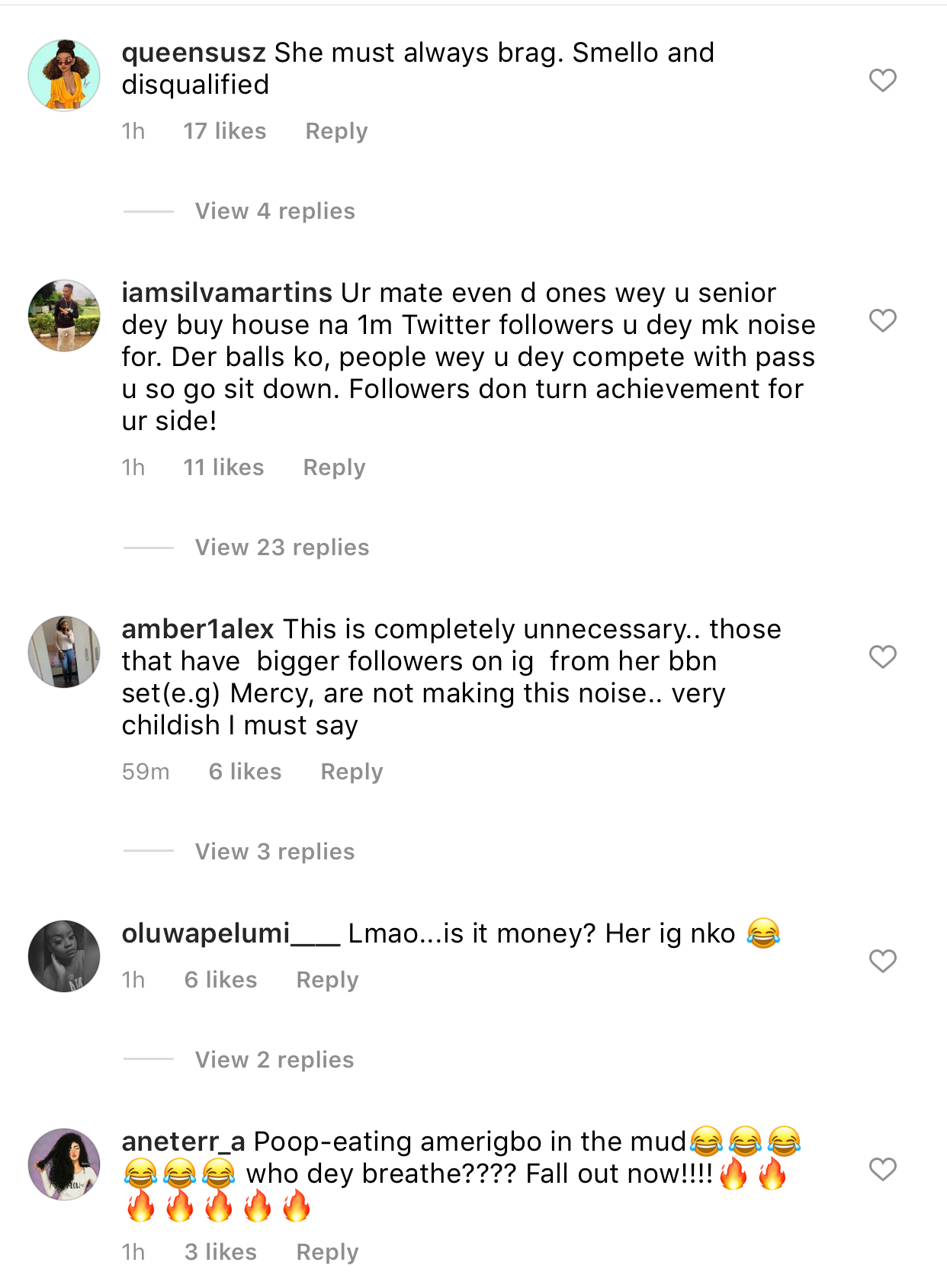 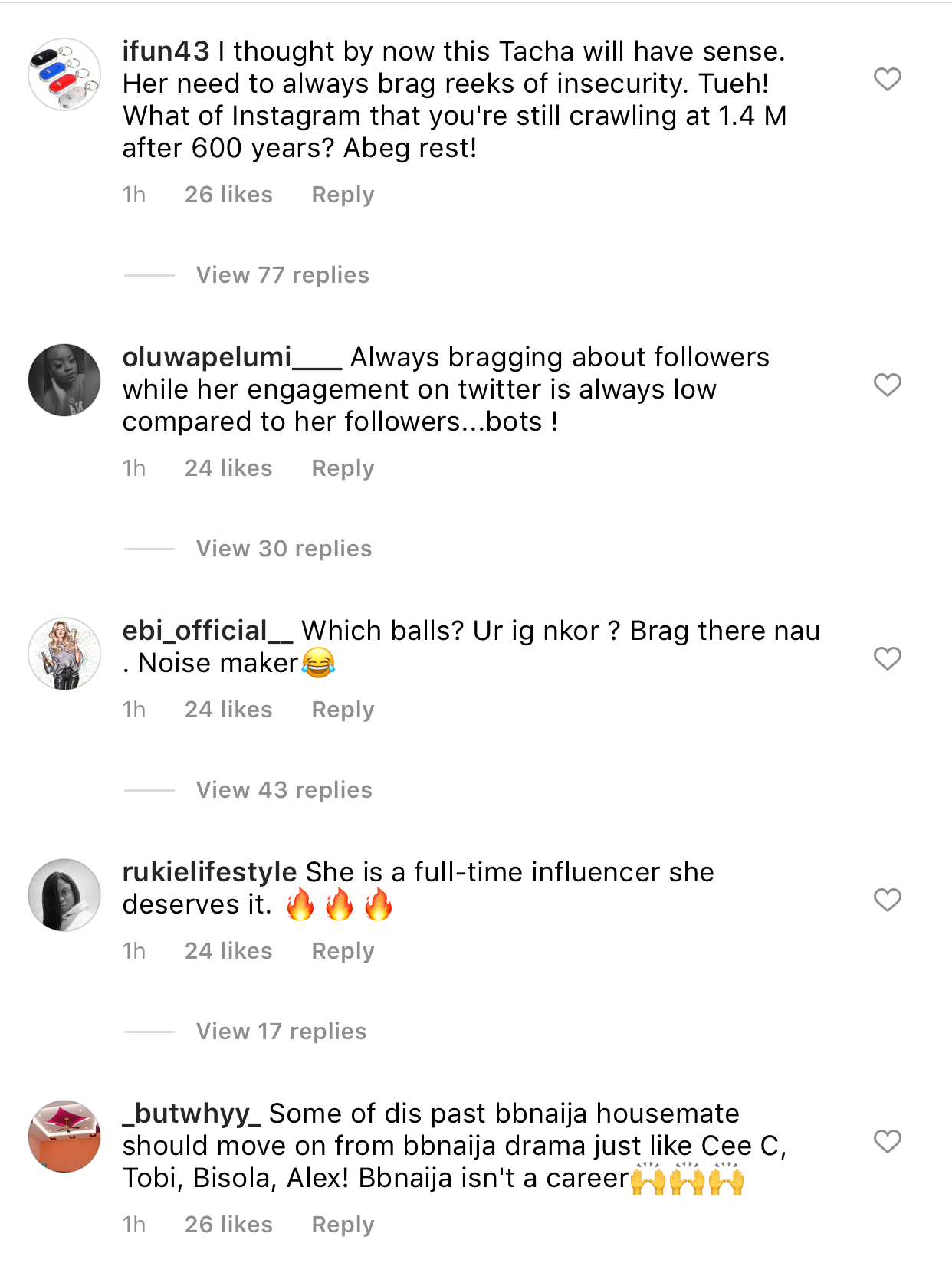