Big Brother Naija Shine Ya Eye housemate, Whitemoney has been the subject of discussion on social media for a while now.

Viewers of the Big Brother Naija reality show opines that it would be more intriguing if a different housemate other than WhiteMoney wins the show.

According to a Twitter user identified as @Naiyoopumpey, the show known to have many twists and suspense-filled turnout of events will look rather boring and predictable if one of the most supported housemates, WhiteMoney walks home with the N90M grand prize.

Taking to the microblogging platform, Twitter, the viewer wrote, “I don’t want White Money to be the winner of this show. It’s so predictable. Someone unexpected should win.” 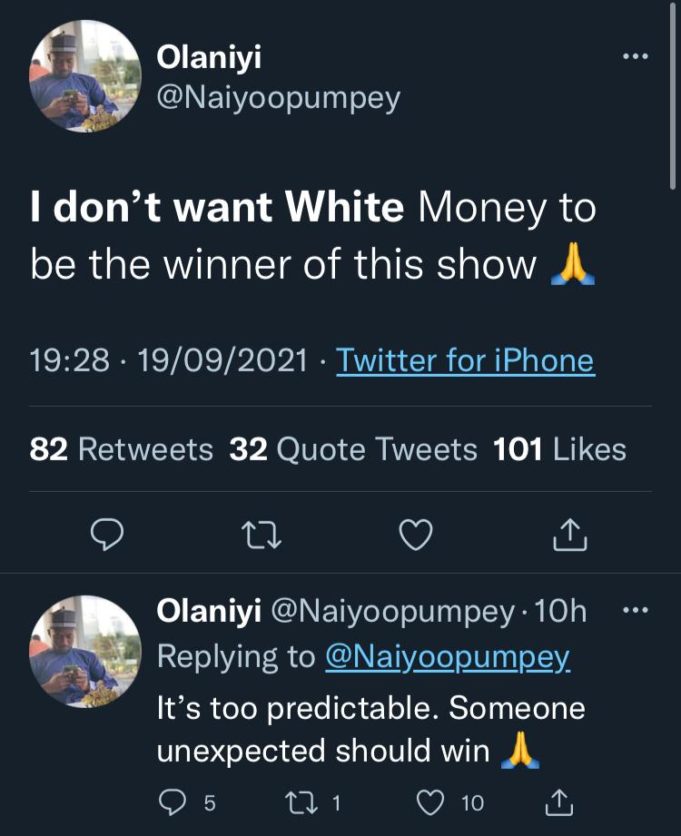 His opinion however met the majority differently as they insist on having their favorite as the winner, regardless. 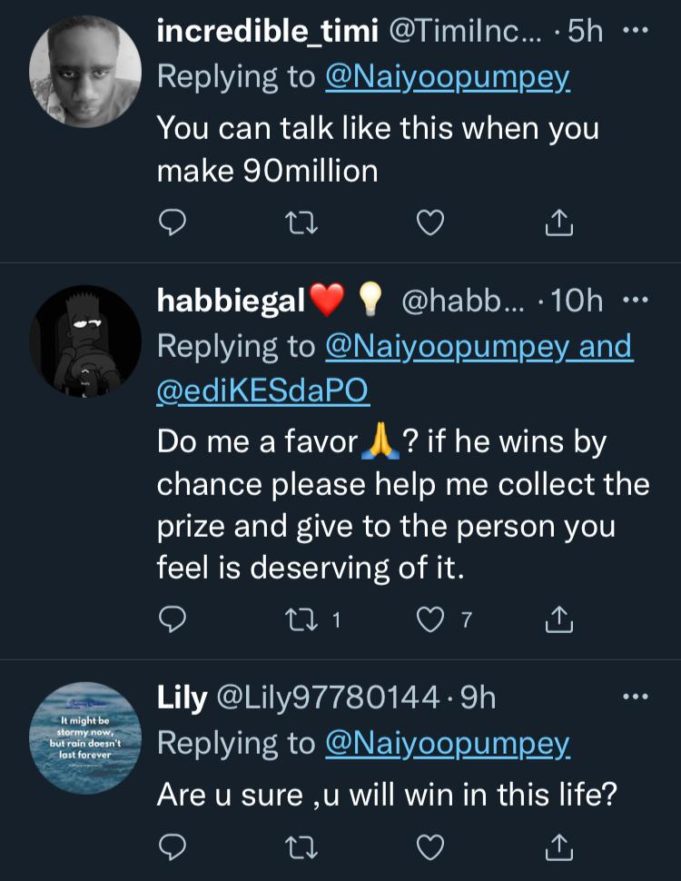 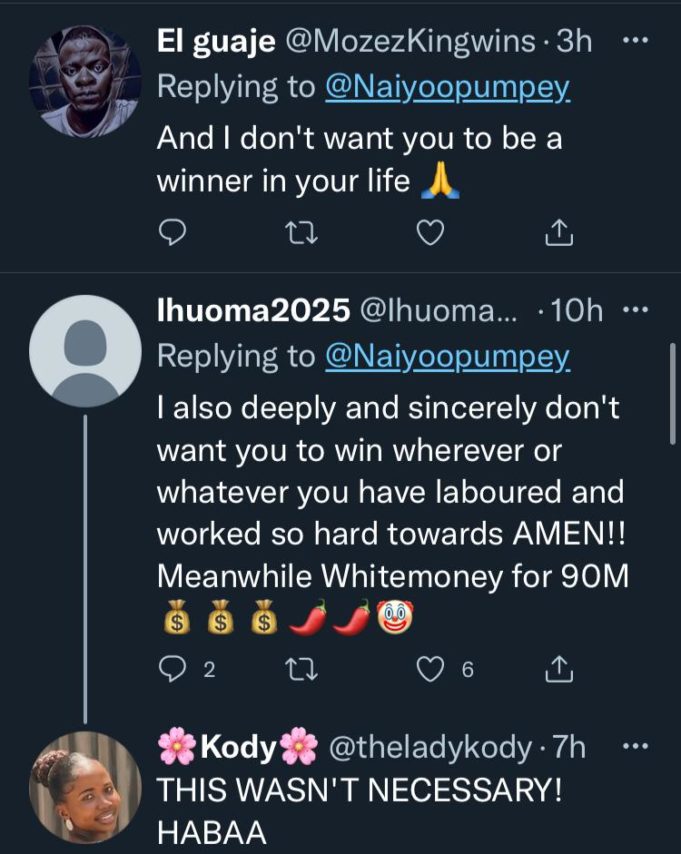 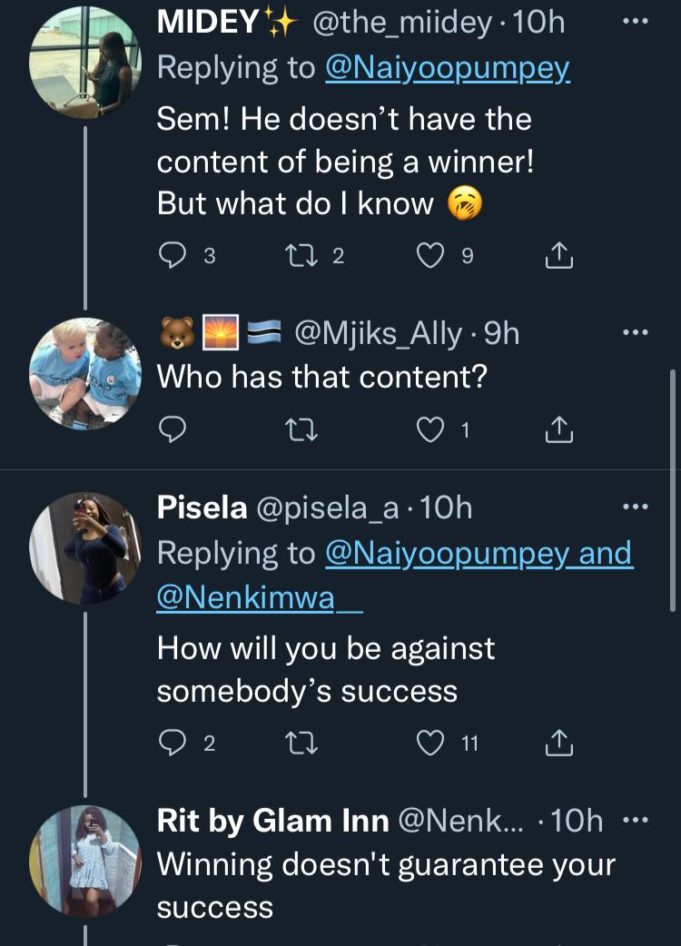 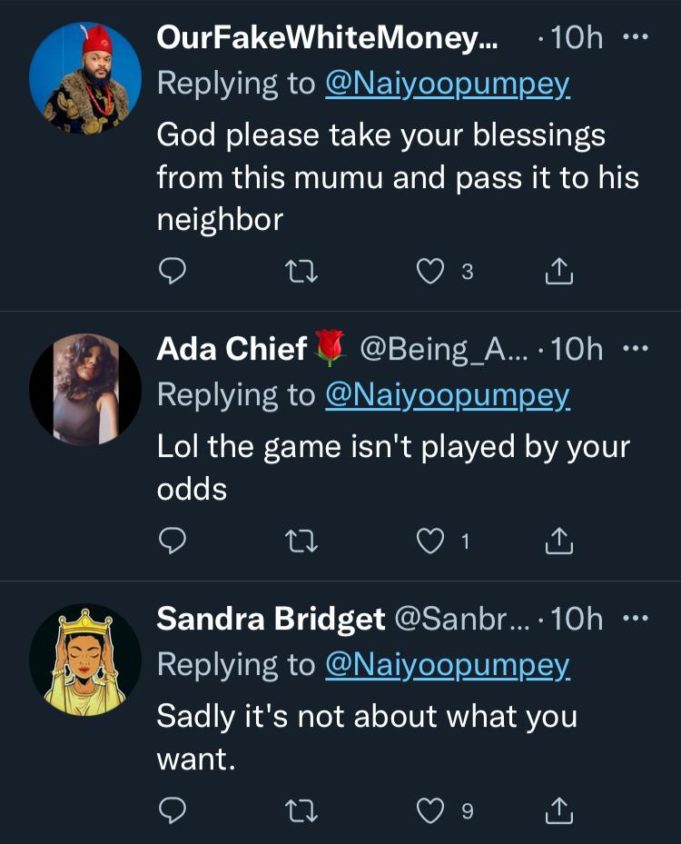