Media users have reacted to Tega’s display of her nipple to her fellow housemate, Saga. 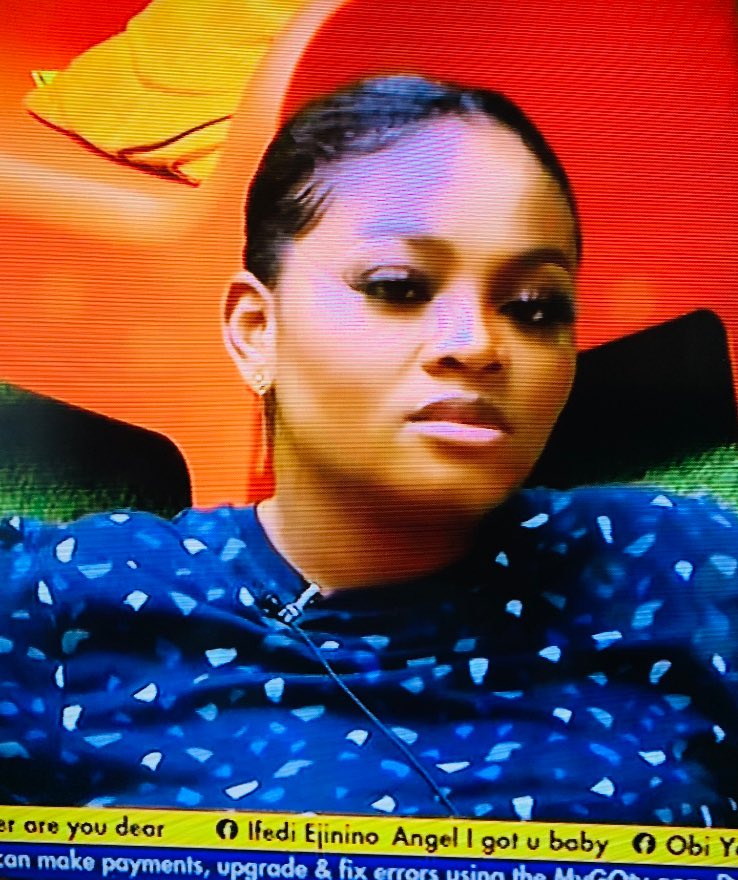 29-year-old Tega had revealed that she is a married woman with a son.

However, during Truth or Dare game, Tega was asked to pick a male housemate to suck her nipple. 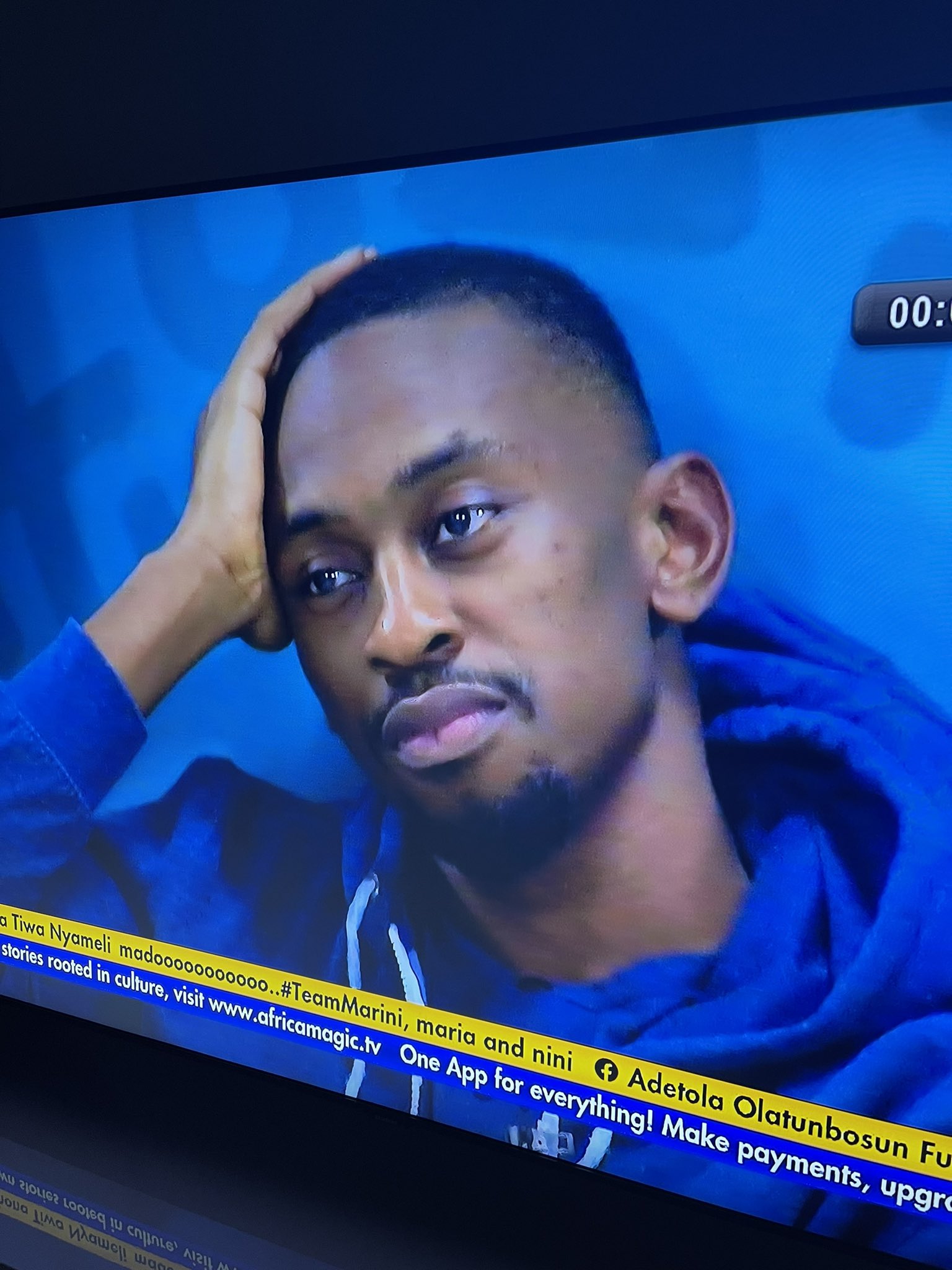 She chose Saga after touching lips of other male housemates.

Tega took Saga to a corner as she exposed her nipple and allowed him suck it.

This was criticized by viewers who condemned Tega’s behavior at the show despite being married. 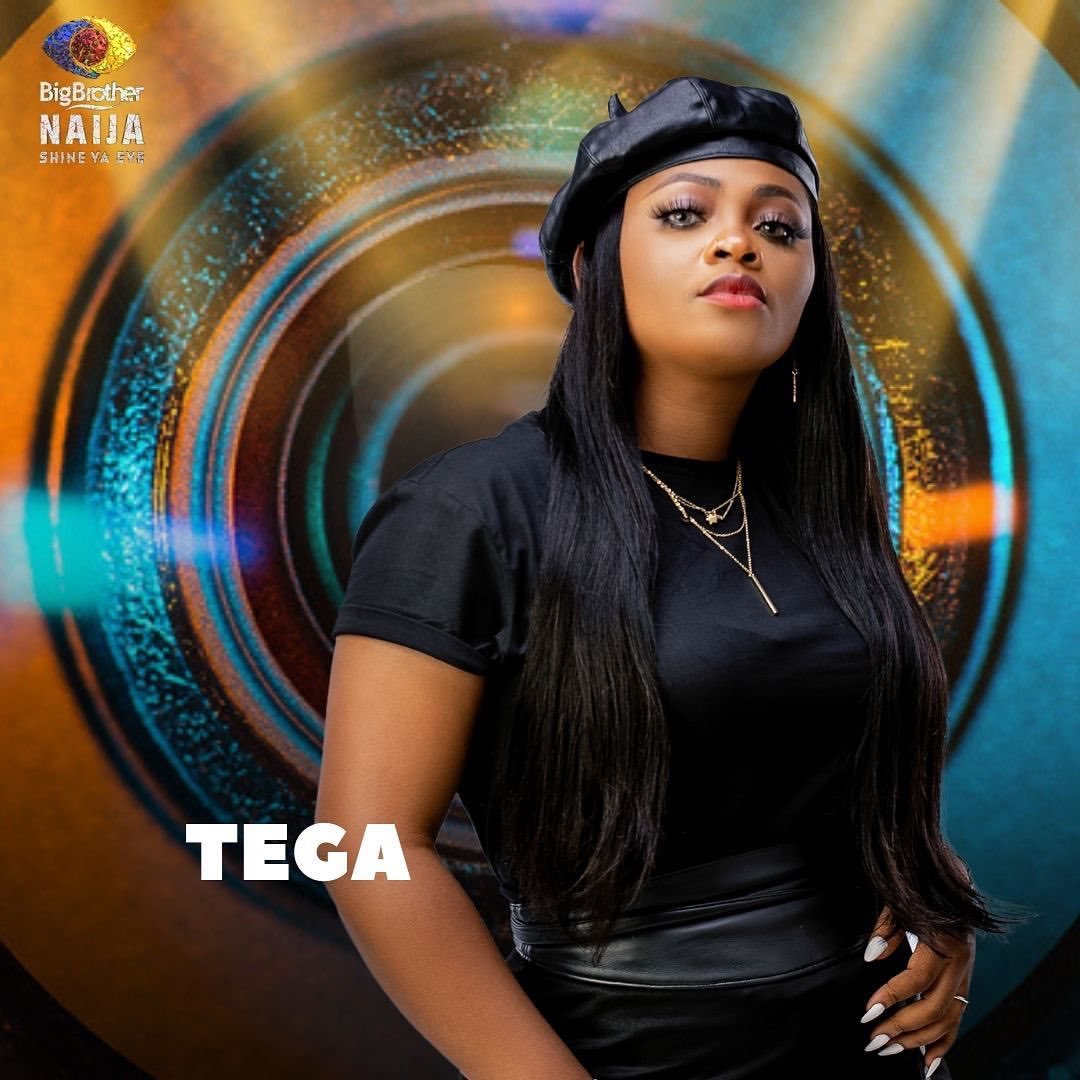 They wondered how this act will affect her husband and marriage after the show.

Here are some reactions gathered:

@Dhinaro “I don’t think Tega is actually married How can you choose dare? Naso Saga suck her nipple for 5 secs.”

@Tosteedaniels “Is Tega really a Married woman ?Does Saga resemble her son that she is giving him breast to suck?

@Onimicee_ “Saga didn’t just do what I saw to a married lady. In fact is Tega really married?

@Beverly_afaglo “Did Tega give her nipples to Saga to suck for Truth or Dare? Husbands don’t understand game oh. Let’s start praying for Tega.” 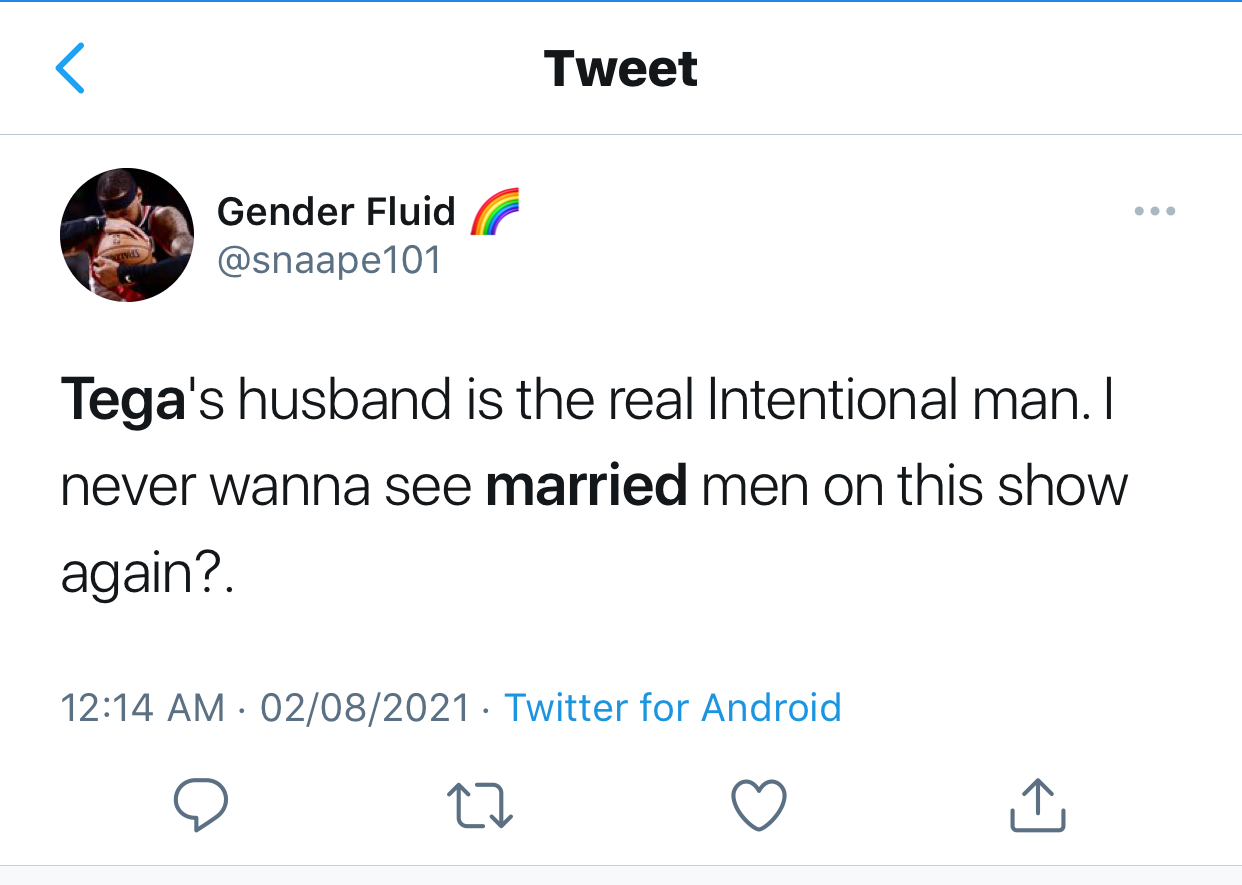 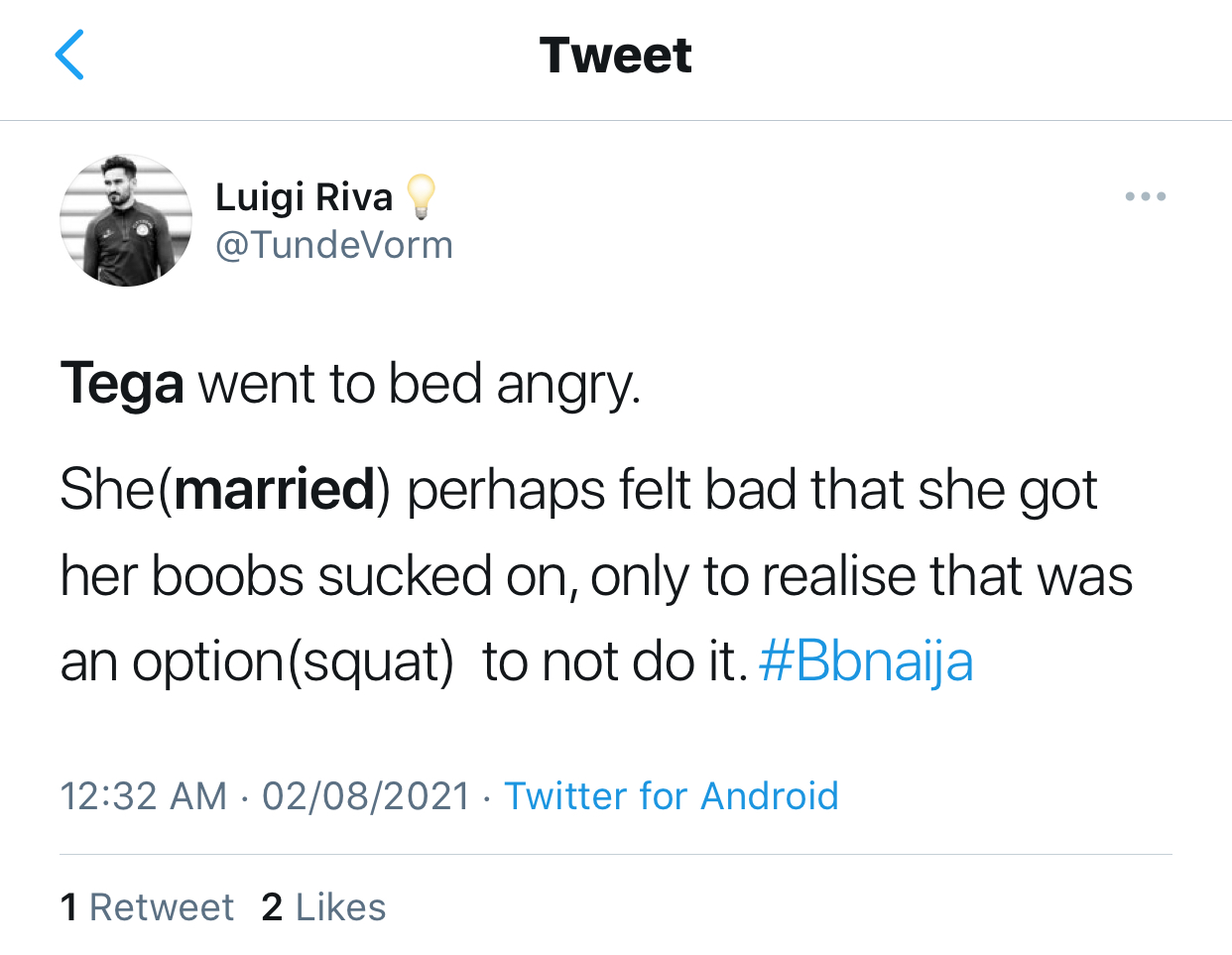 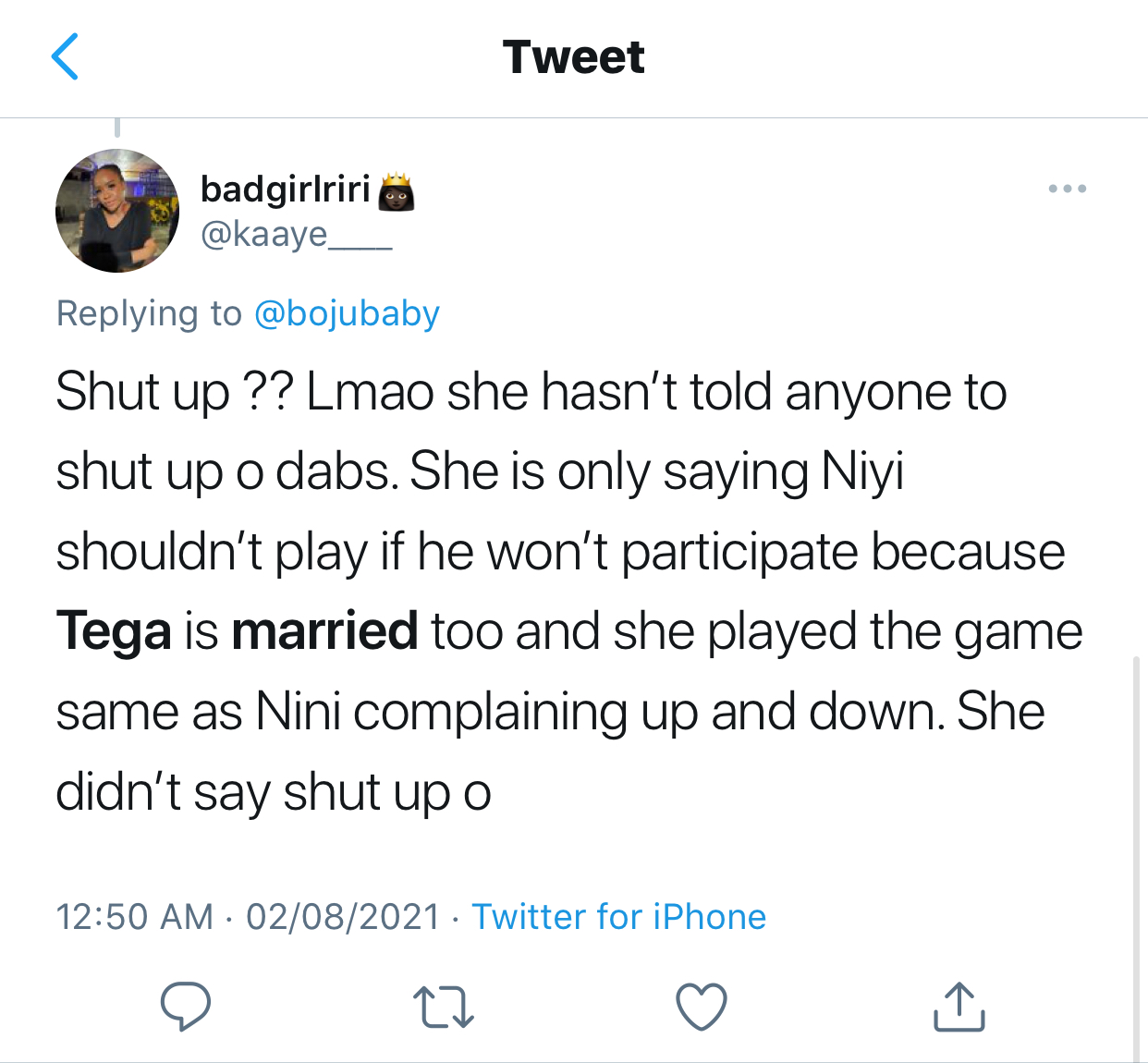 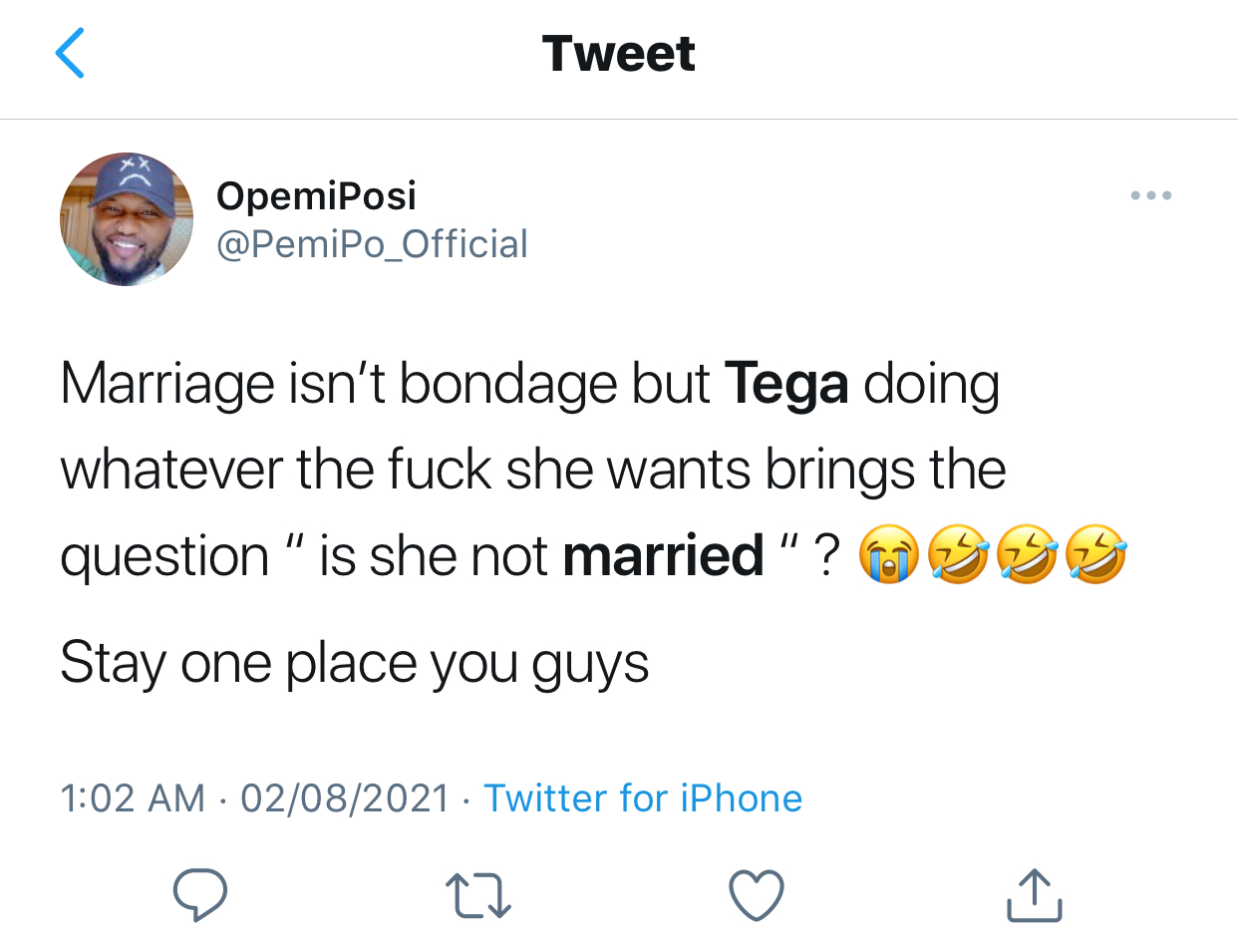 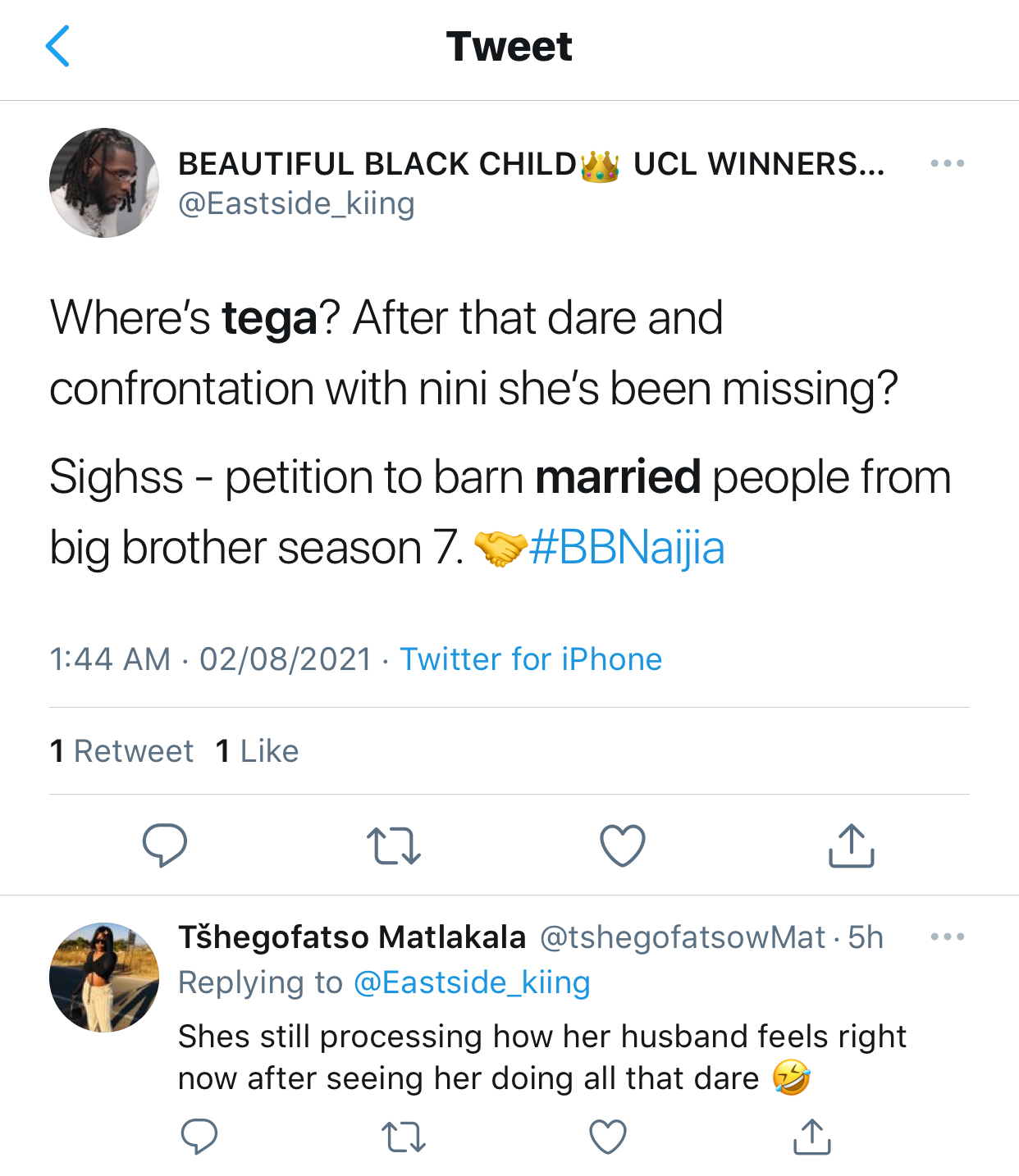 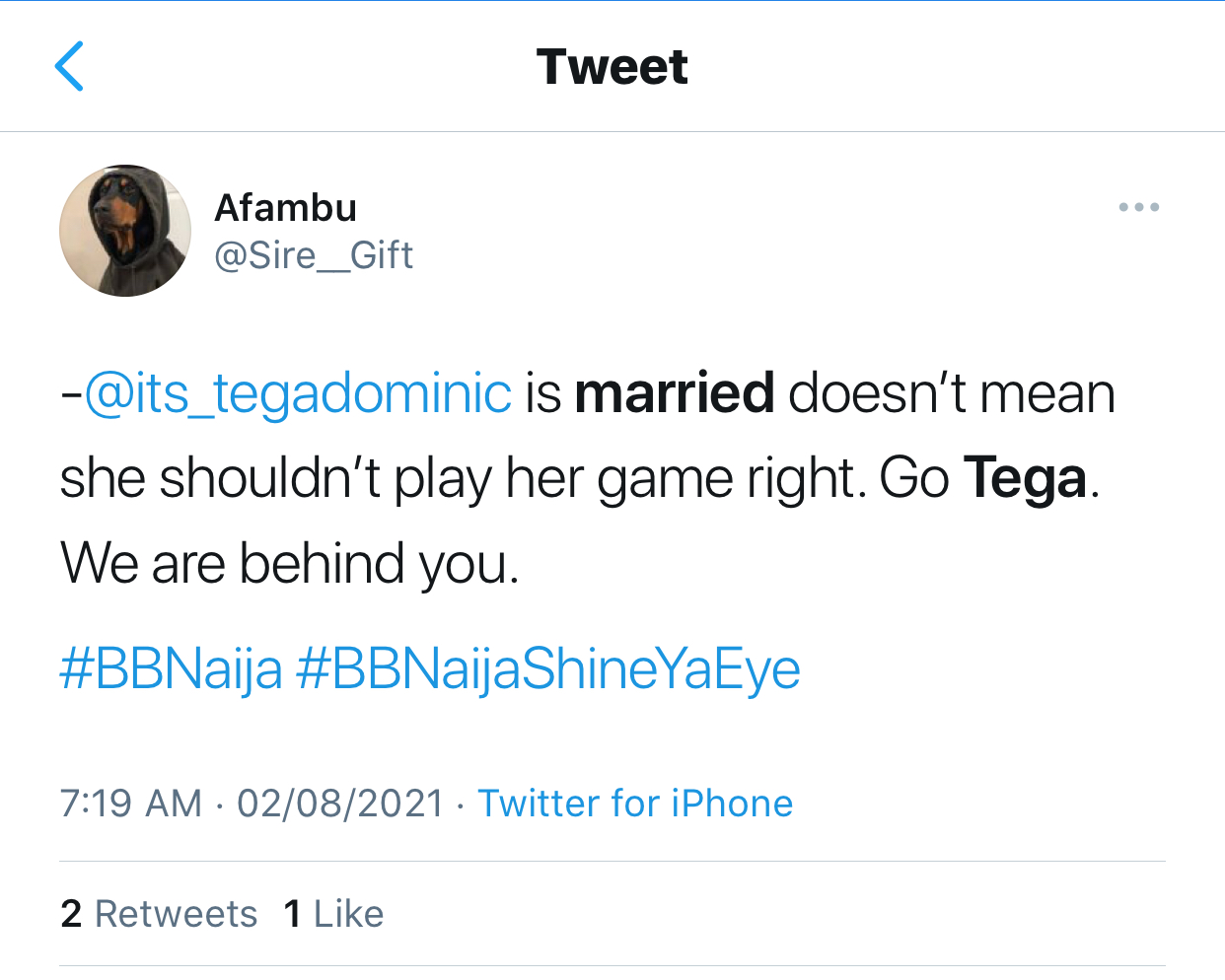 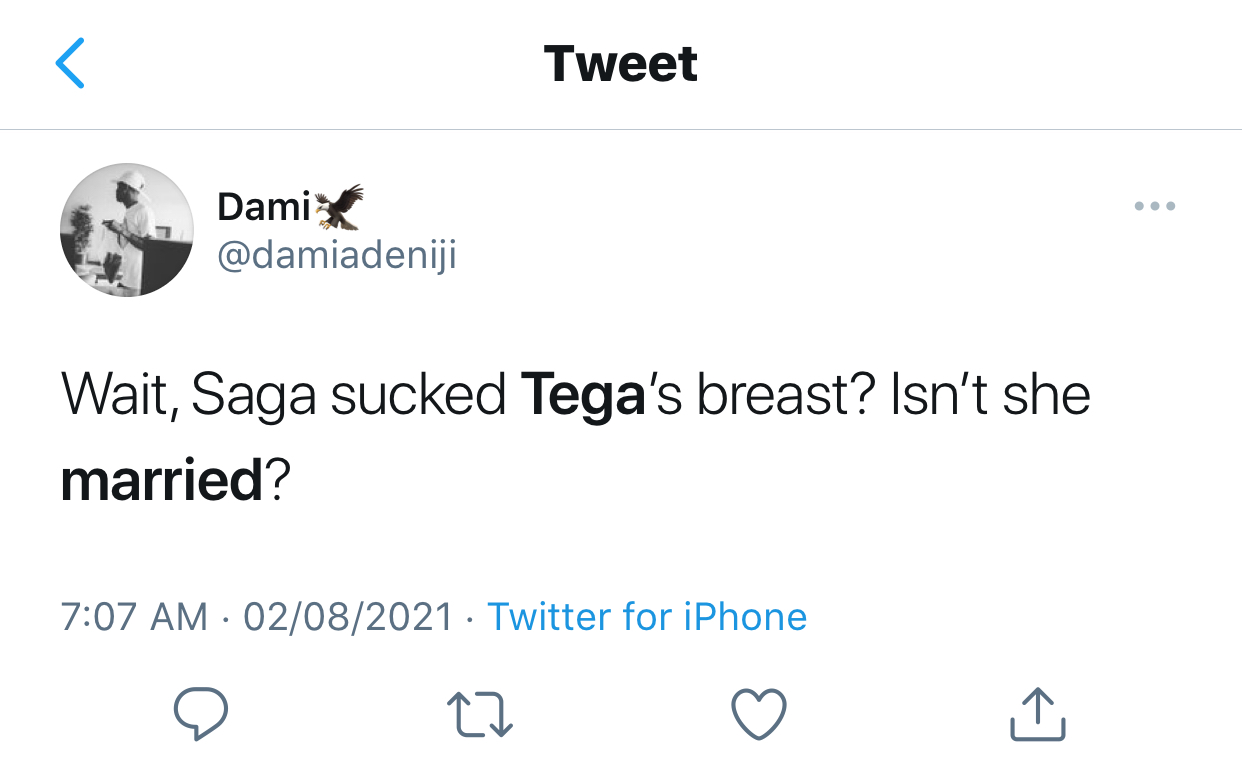 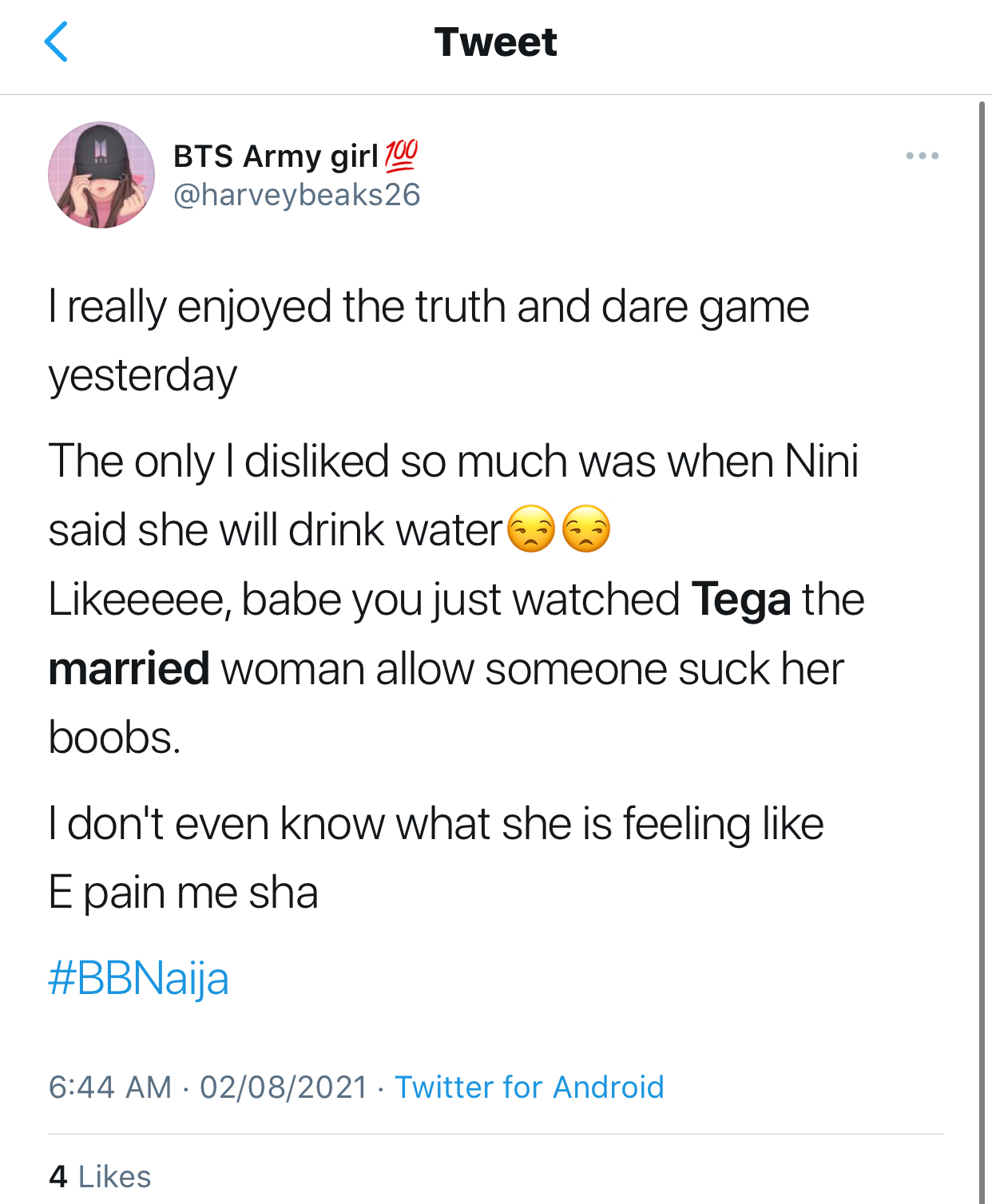 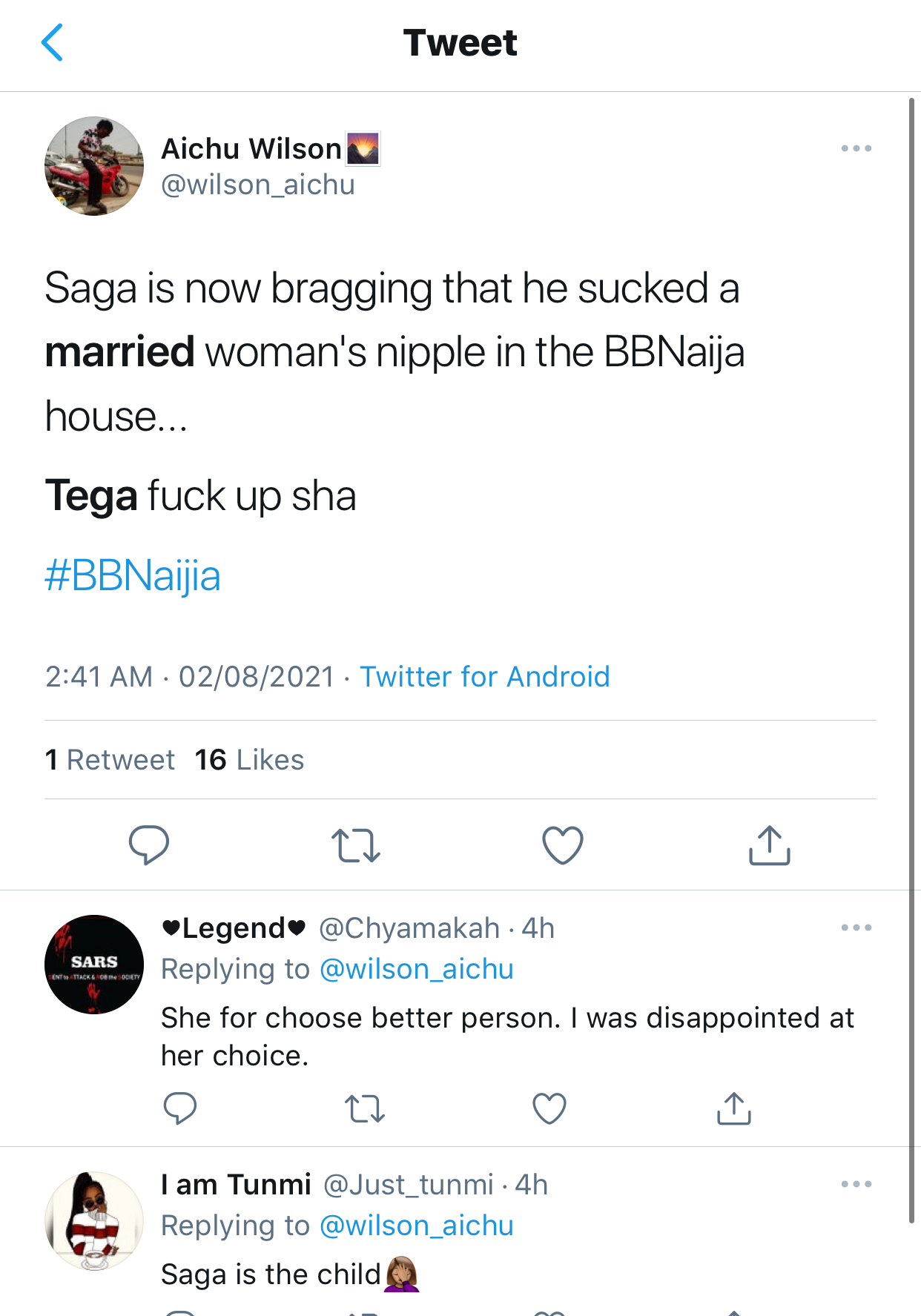