Screenshots of a conversation between former Big Brother Naija housemate, Boma and a married lady has surfaced on social media. 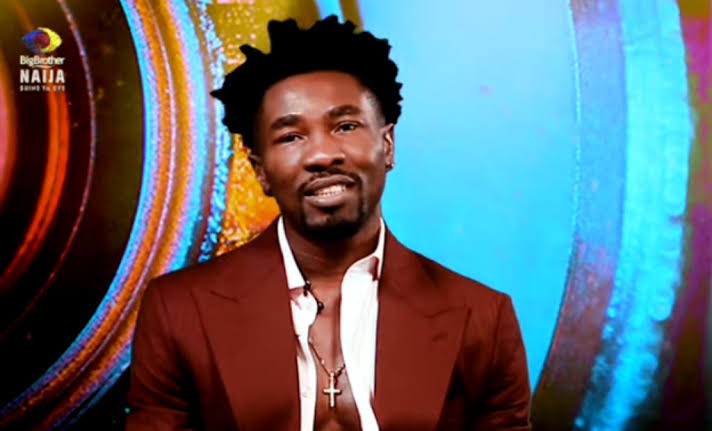 In the screenshots making the rounds on social media, the duo hurled heavy insults at each other.

Apparently, the lady slid into Boma’s DM first to mock him. Reacting to this, Boma hurled heavy insults at the lady, while referring to her as the ugliest creature on the planet.

The lady also fired back at Boma, mocking him about his affair with married housemate, Tega, and dragging him for going romantic with her. 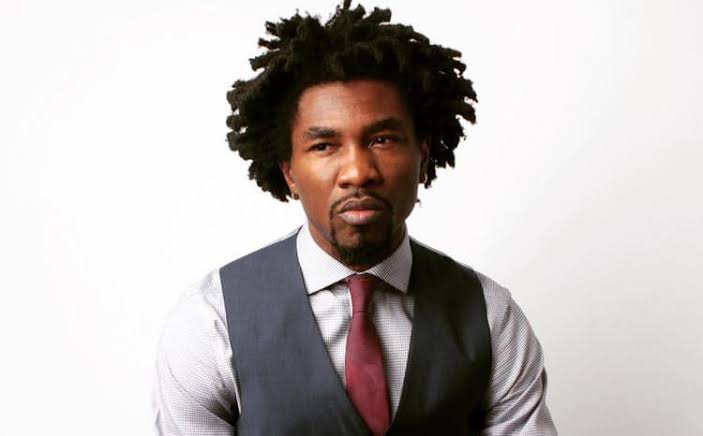 Reacting to the entire drama, one of Boma’s fan identified as Supphurofficial wrote; 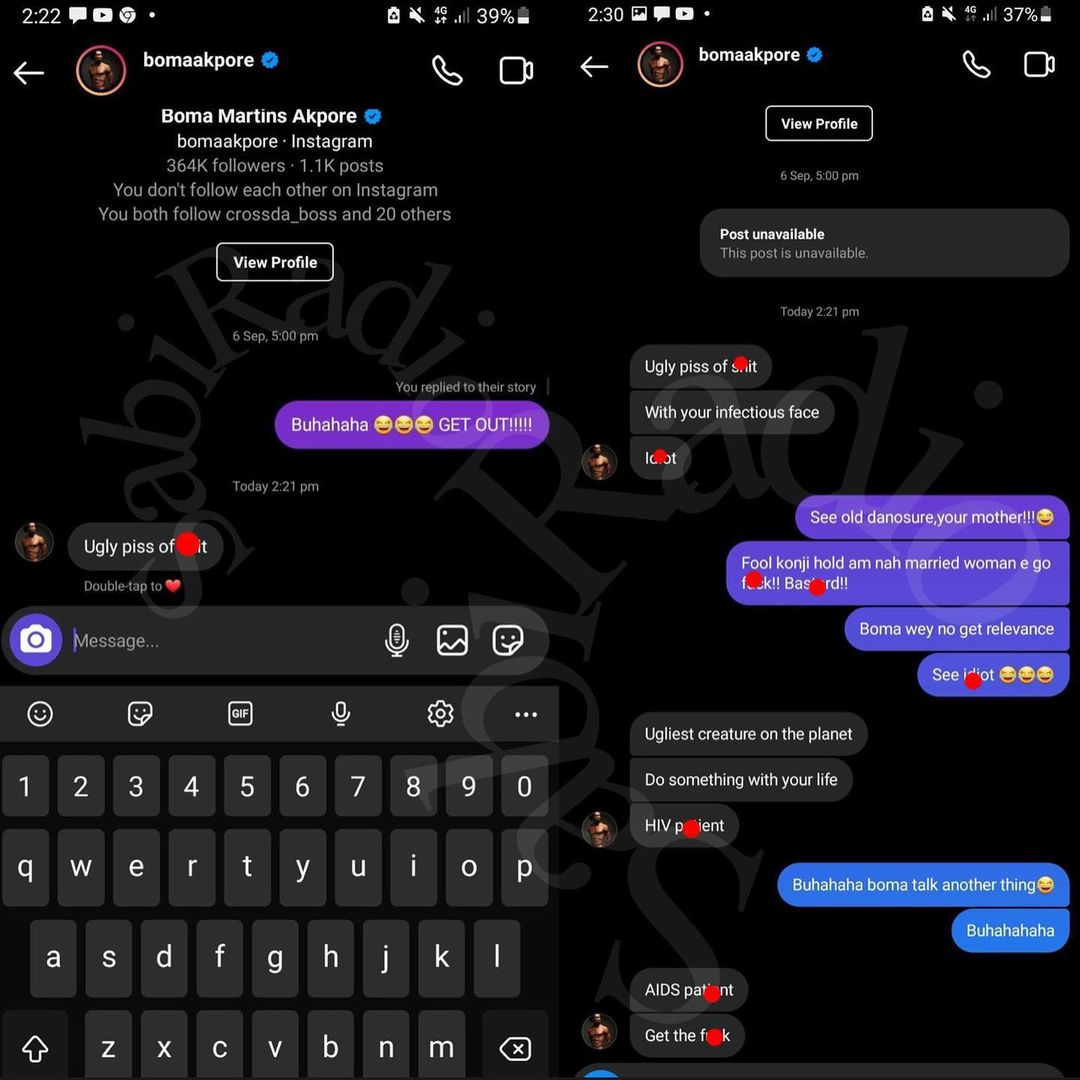 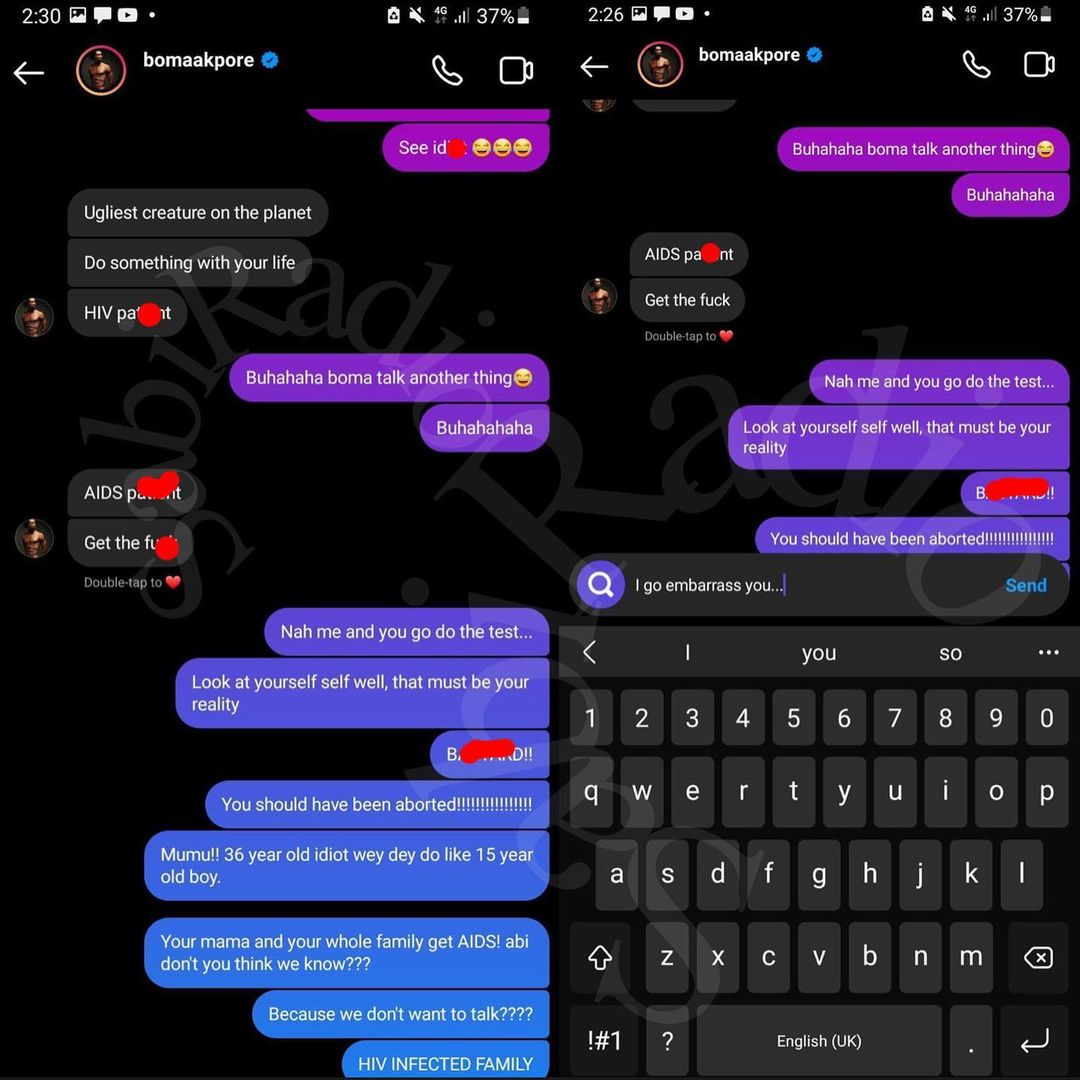 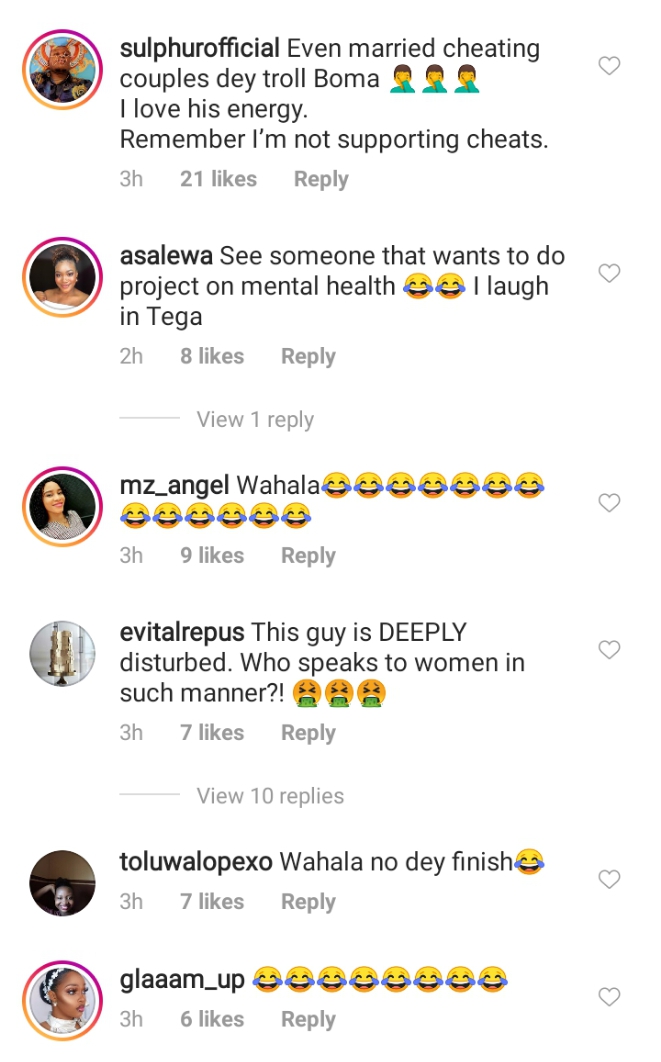