Home Entertainment News #BBNaija: “Show me where Angel said that I didn’t take care of...

One lady who has so far sparked conversations on social media at different times is Angel Smith.

Housemate Angel’s mother, Titilala Brown Sugar has blasted a troll who accused her of not giving enough emotional support to her daughter. 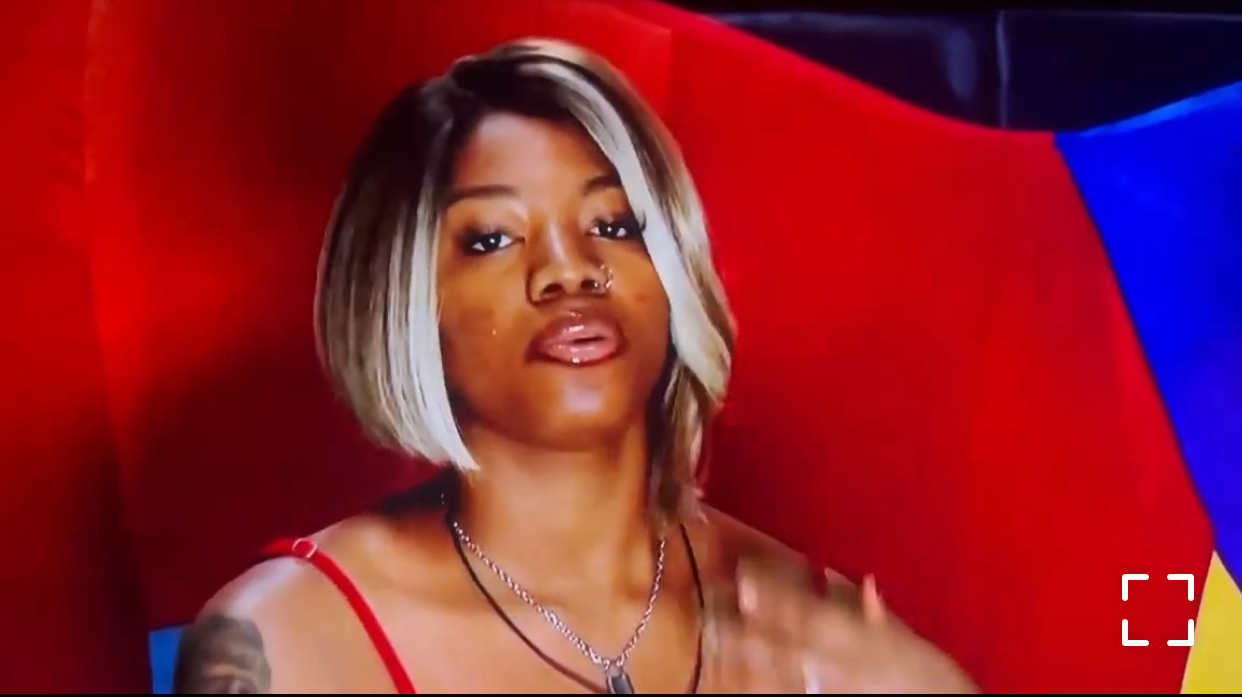 The troll’s criticism bore fruit after Angel revealed to Queen that the relationship she had with her parents was a toxic one and she needed to get away from home. She further stated that there was no emotional support like love, care, and attention, just money. 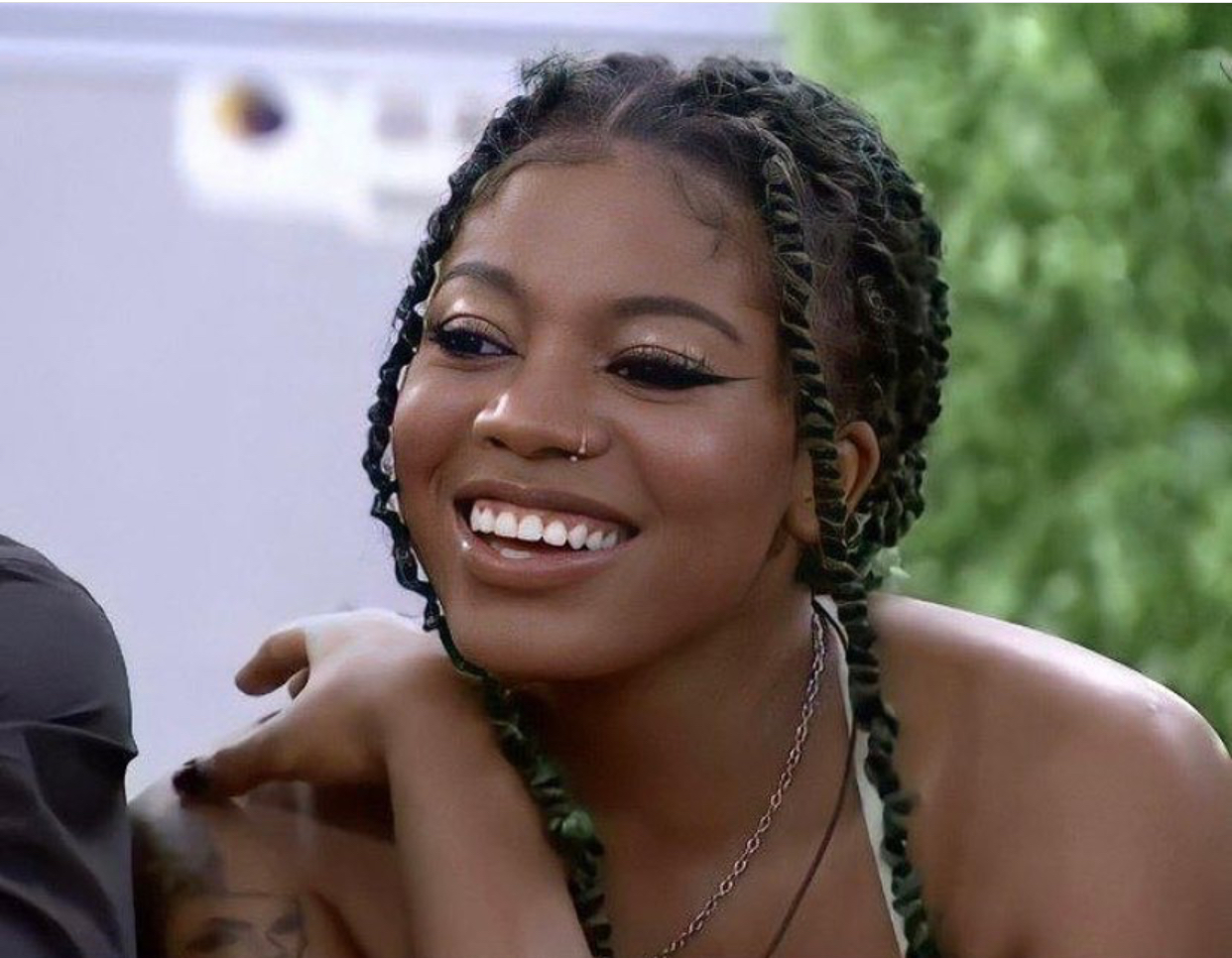 However, reacting to what the troll said, Angel’s mother has disclosed how she worked so hard to put food on the table and pay her school fees.

Here’s what she wrote;

“kindly tag me on the part where she said I didn’t take care of her…she was always with her grandma because I needed to work to put food on her table and to pay school..before I forget Angel went to a boarding school..and how come you didn’t hear her say her mother is the only one that gave her support to go for bbn???” 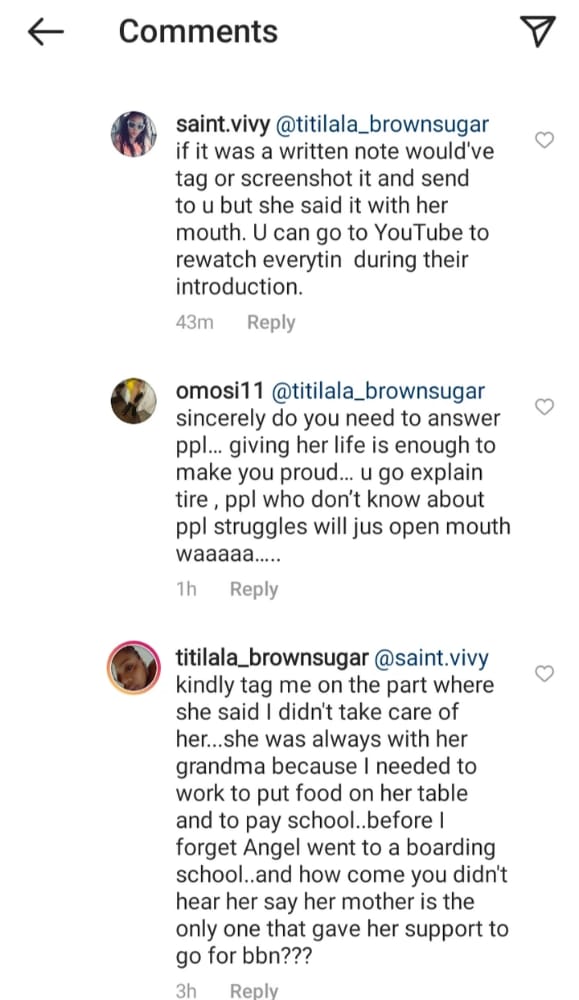