Entertainment in Warri, Delta State
is set to experience a major boost this summer with the launch of the ‘Bedouin Comedy Club’, a comedy-inspired club night to be held in the prestigious oil city. 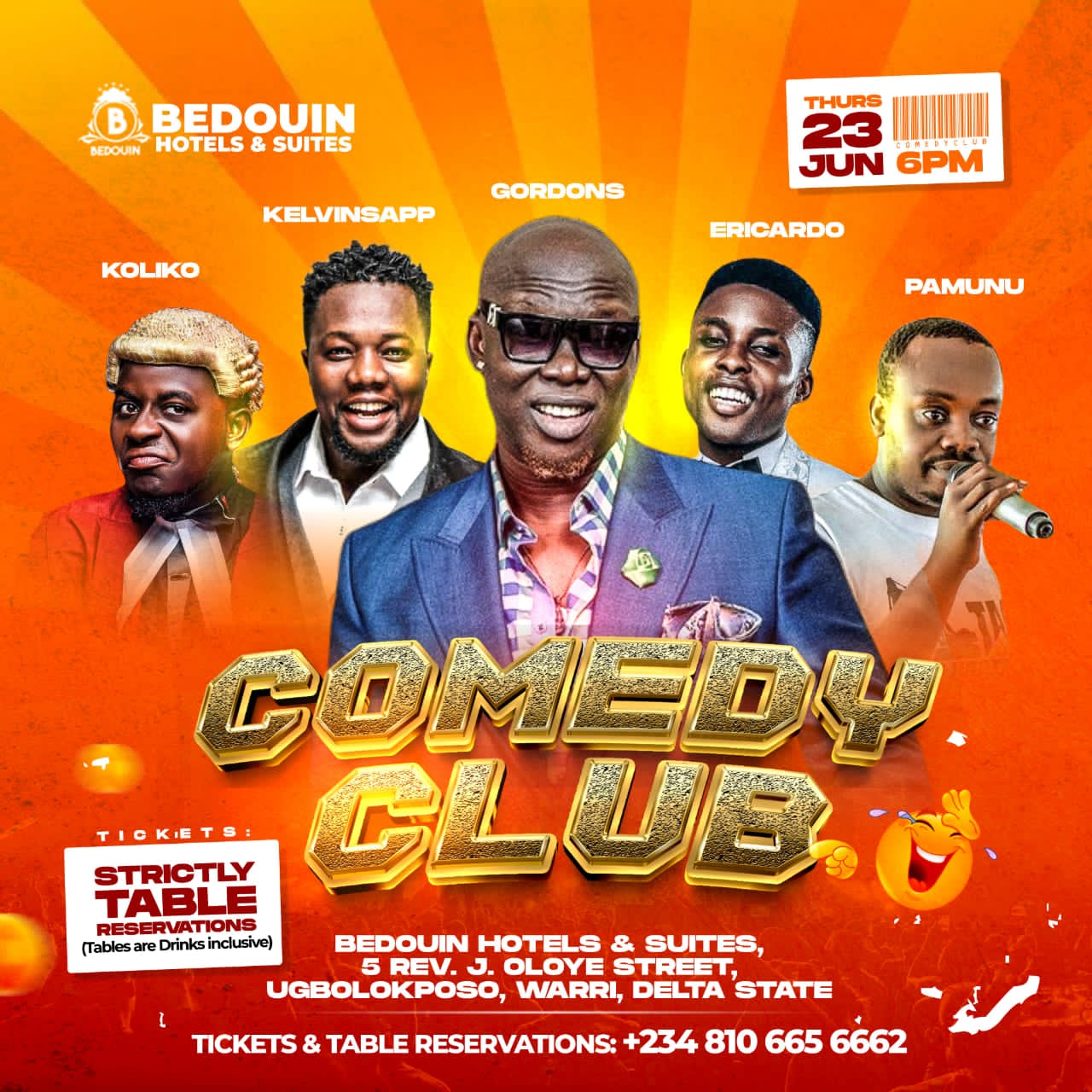 The event which is billed to kick off on the 23rd of June, 2022 will feature some of Africa’s finest comic talents including Gordons, Kelvinsapp, Ericardo, Koliko and Pamunu.

Although the Bedouin comedy club launches on the 23rd of June, 2023, it is earmarked to also run monthly with it’s host being ERICARDO – the current talent ambassador to the state government and will feature guest comedians from every side of the country and beyond.

This offers a refreshing approach to personal recreation and family entertainment. 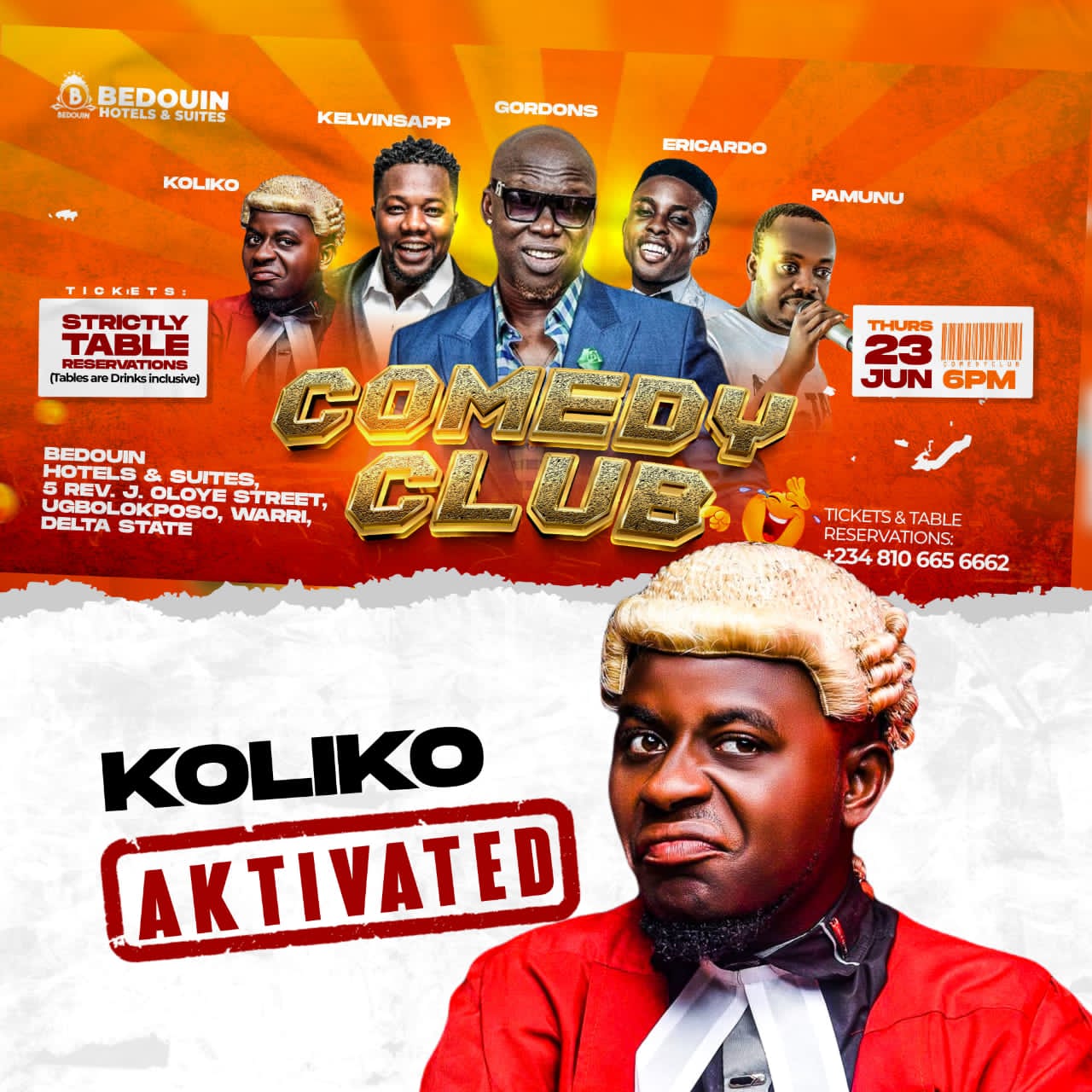 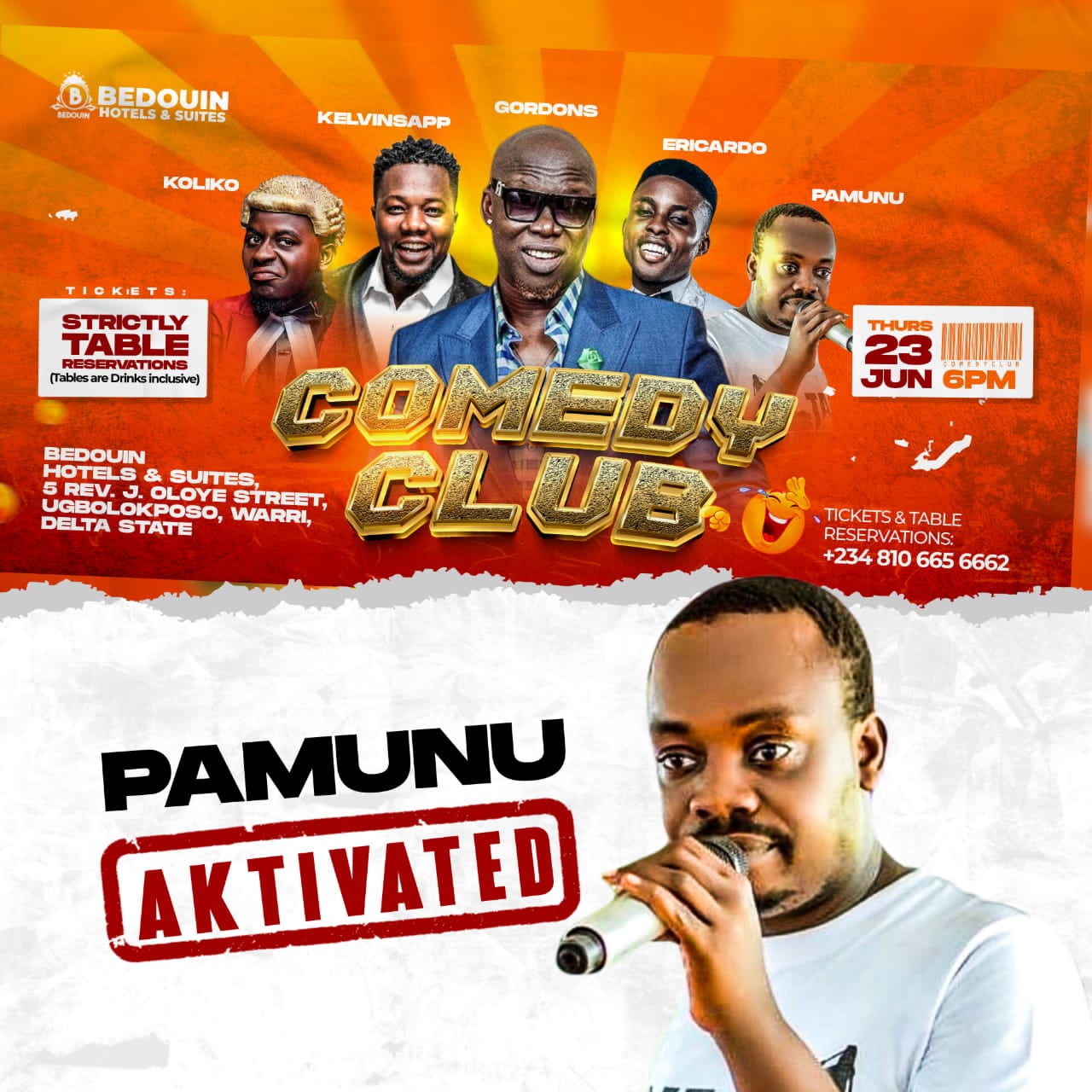 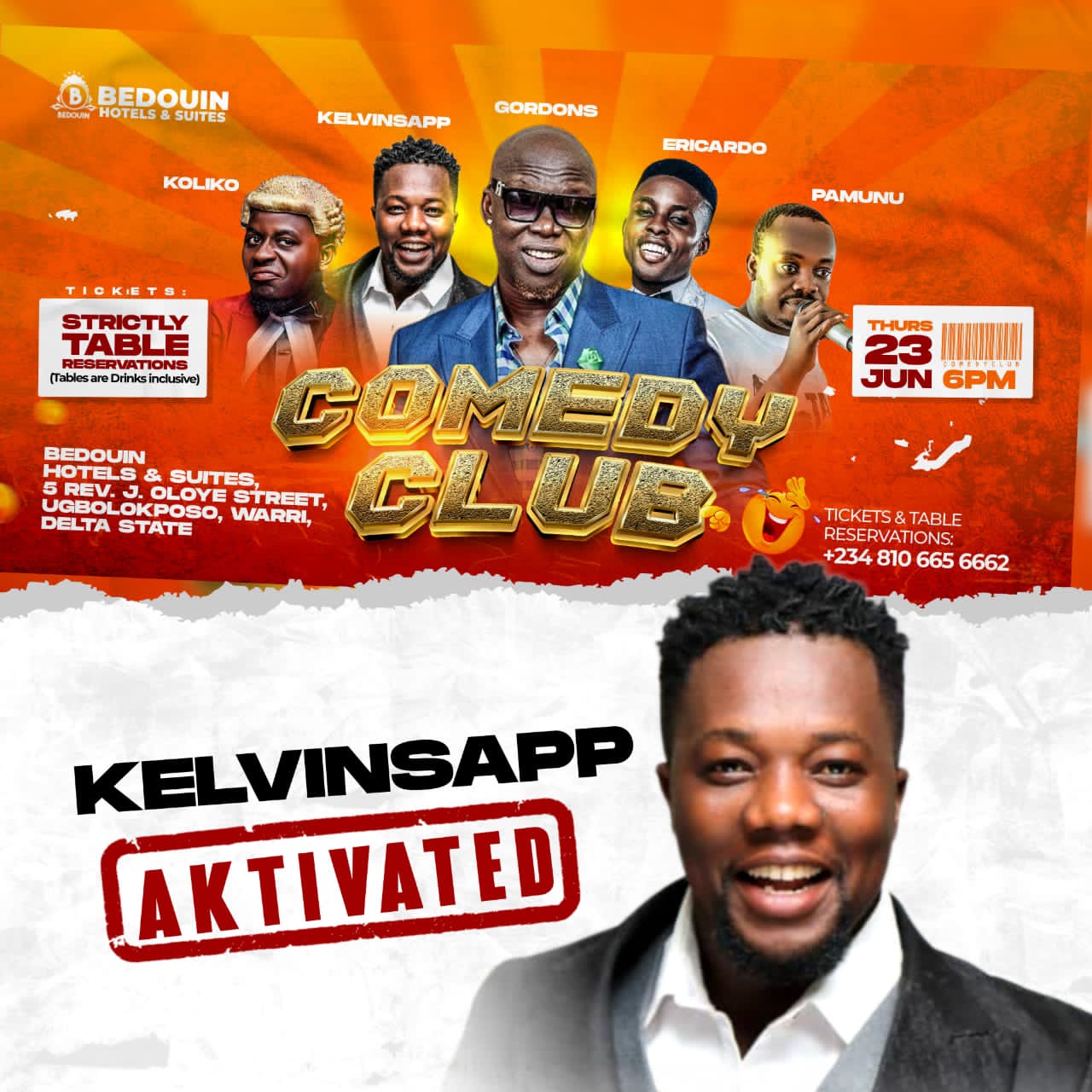 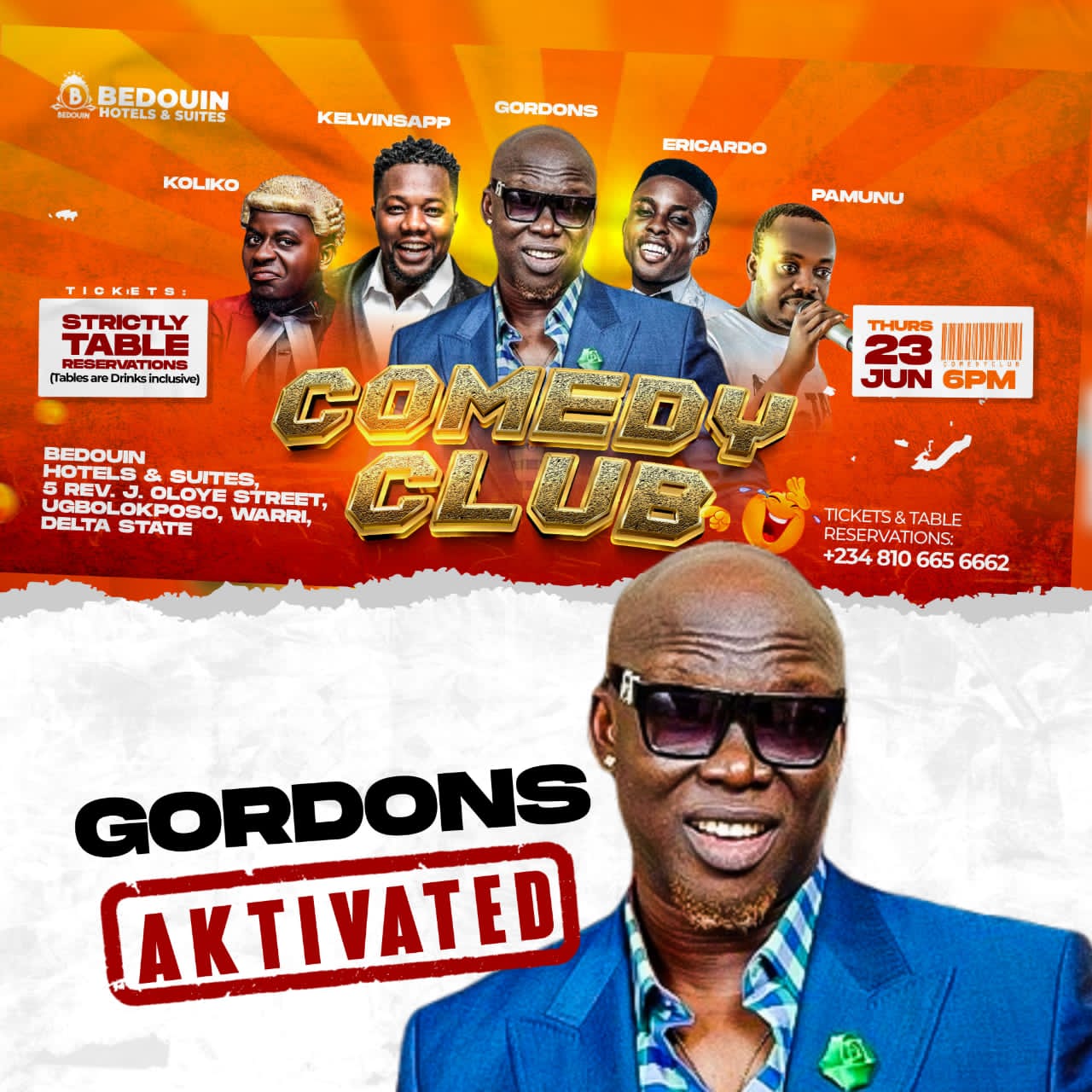 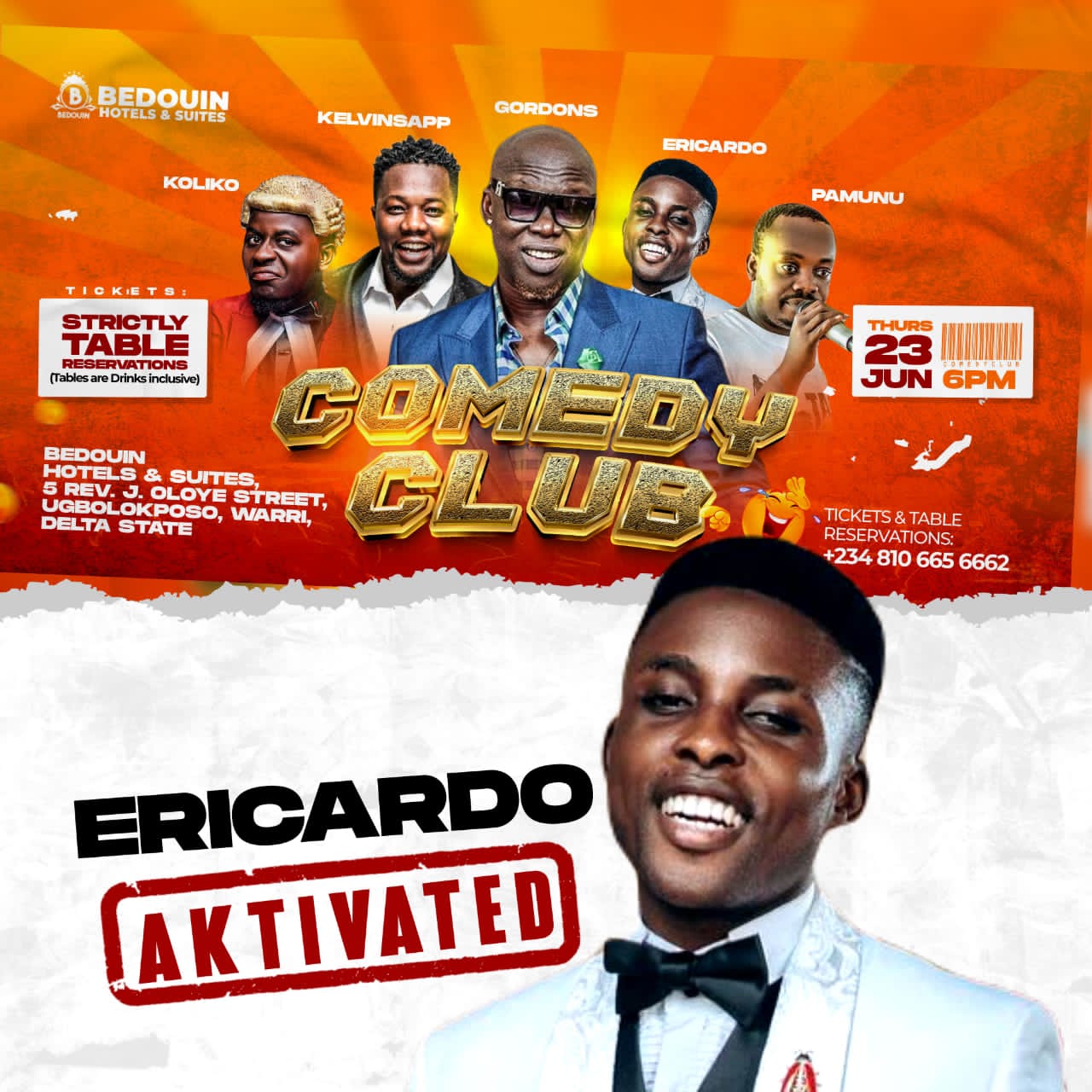