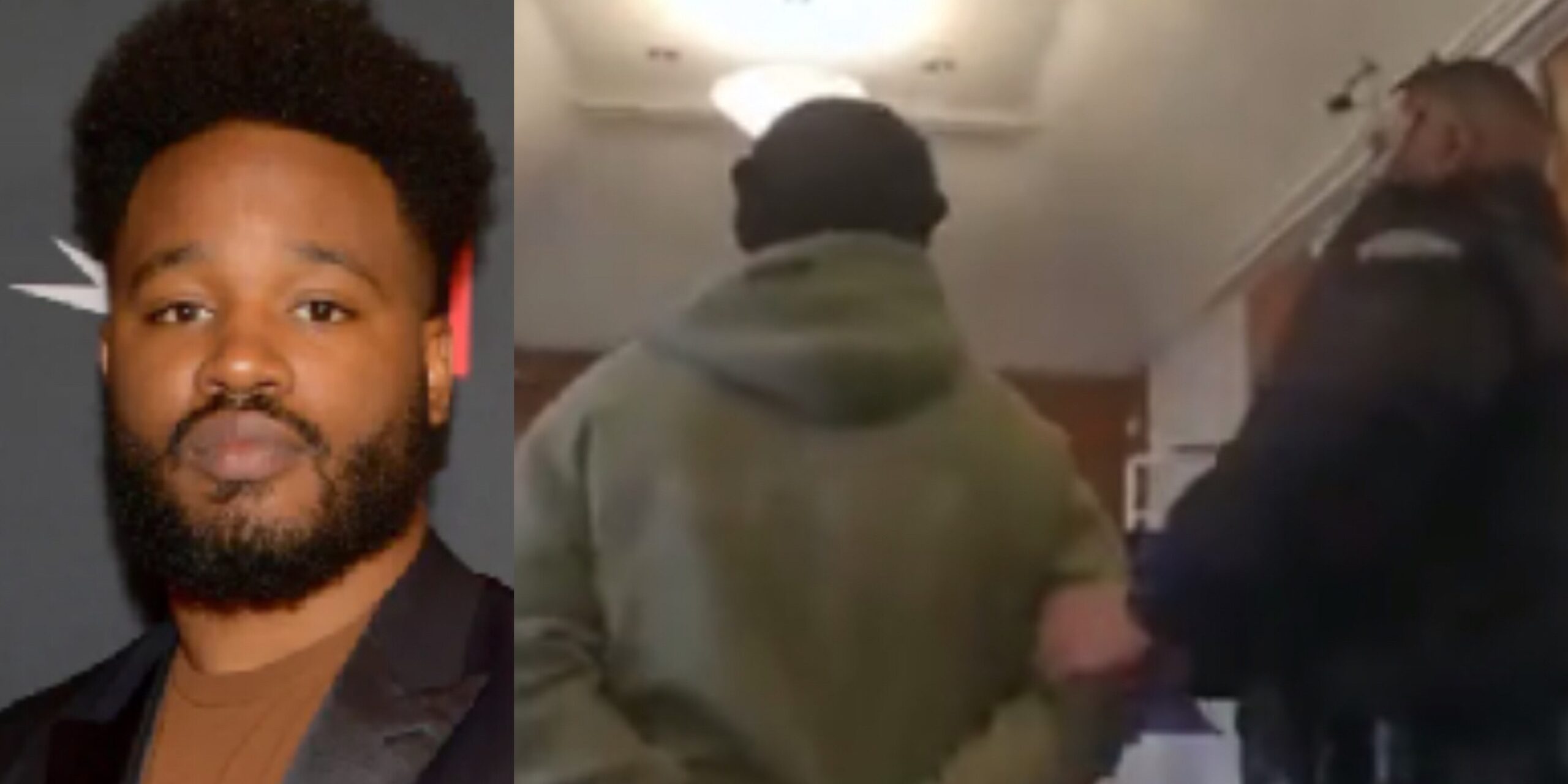 Black Panther director, Ryan Coogler, was briefly detained by police in Atlanta after he was mistaken for a bank robber.

Coogler, 35, had gone to Bank of America to make a transaction.

Coogler handed the bank teller a withdrawal slip with a note written on the back that reportedly read, “I would like to withdraw $12,000 cash from my checking account. Please do the money count somewhere else. I’d like to be discreet.”

The bank teller misinterpreted the situation as an attempted robbery when the transaction amount exceeded $10,000 and informed her boss.

The police were called and they arrived at the bank and reportedly detained two people in an SUV who were waiting for Coogler outside the bank.

When they entered the bank, they placed Coogler in handcuffs and led him out of the bank.

“From the call we got, sounded like someone was trying to rob the bank,” one of the officers says in the bodycam footage.

Bank of America has now apologised for the mistake at the bank.

Coogler confirmed the incident to Variety, saying: “This situation should never have happened. However, Bank of America worked with me and addressed it to my satisfaction and we have moved on.”

Watch the arrest below: