Bobrisky’s former PA, Oye Kyme, has apologized to the crossdresser for calling him out publicly.

Weeks ago, Oye took to Instagram to leak secrets about Bobrisky which she claims she was privy to from her time working with the crossdresser.

The most scandalous allegation she made was that Bobrisky had an affair with Mompha. Bobrisky and Mompha have both denied this.

Last week, Oye revealed she tested positive for Covid-19 and days later, a friend of Oye’s claimed she was unconscious.

Bobrisky put their differences aside to wish her a quick recovery.

Oye has now returned to Instagram to apologize to Bobriksy.

She shared a screenshot of a private message she sent to Bobrisky and the response she got. 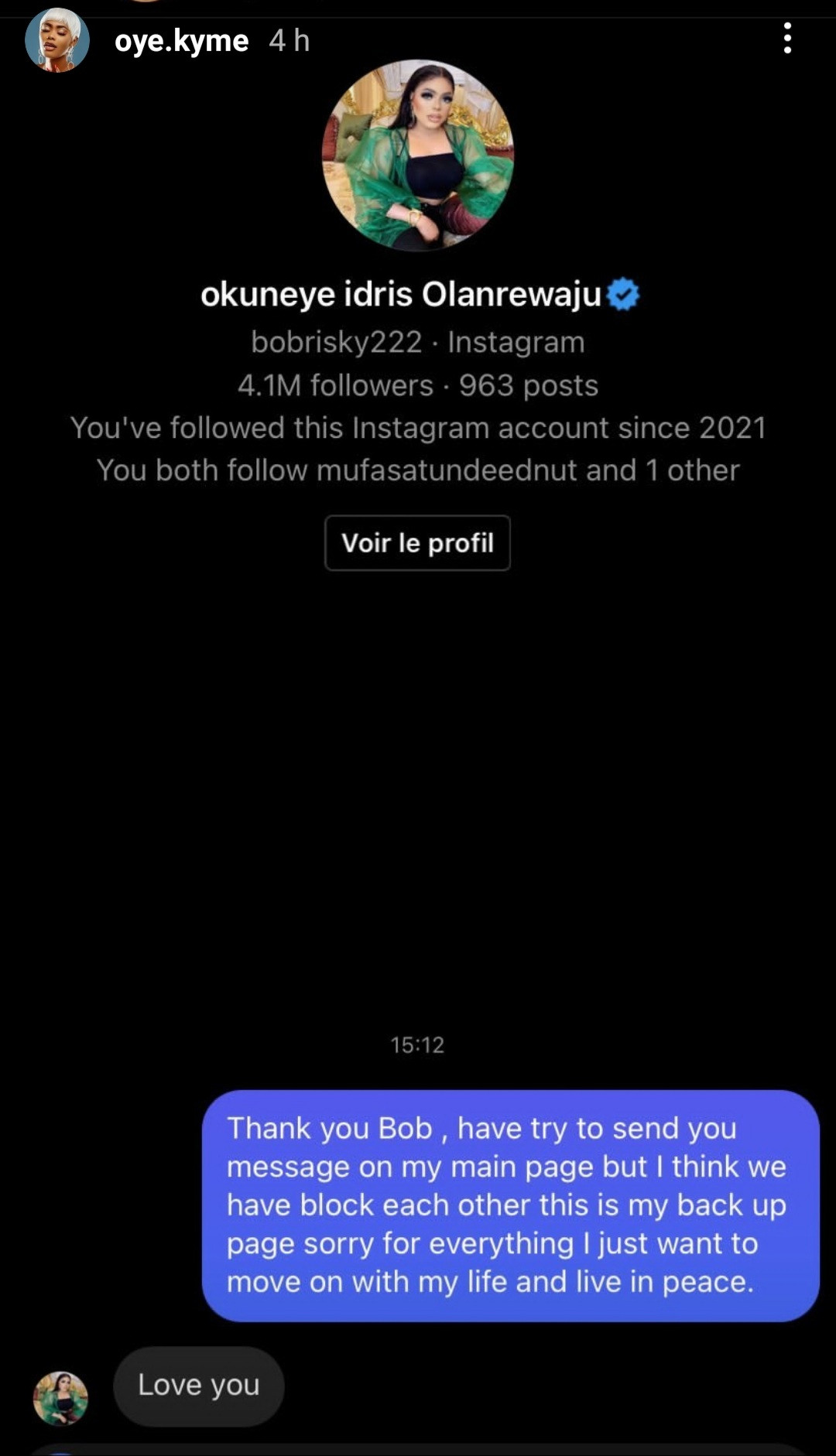 Oye then advised her followers to try to be on good terms with everyone because death can come at any time. 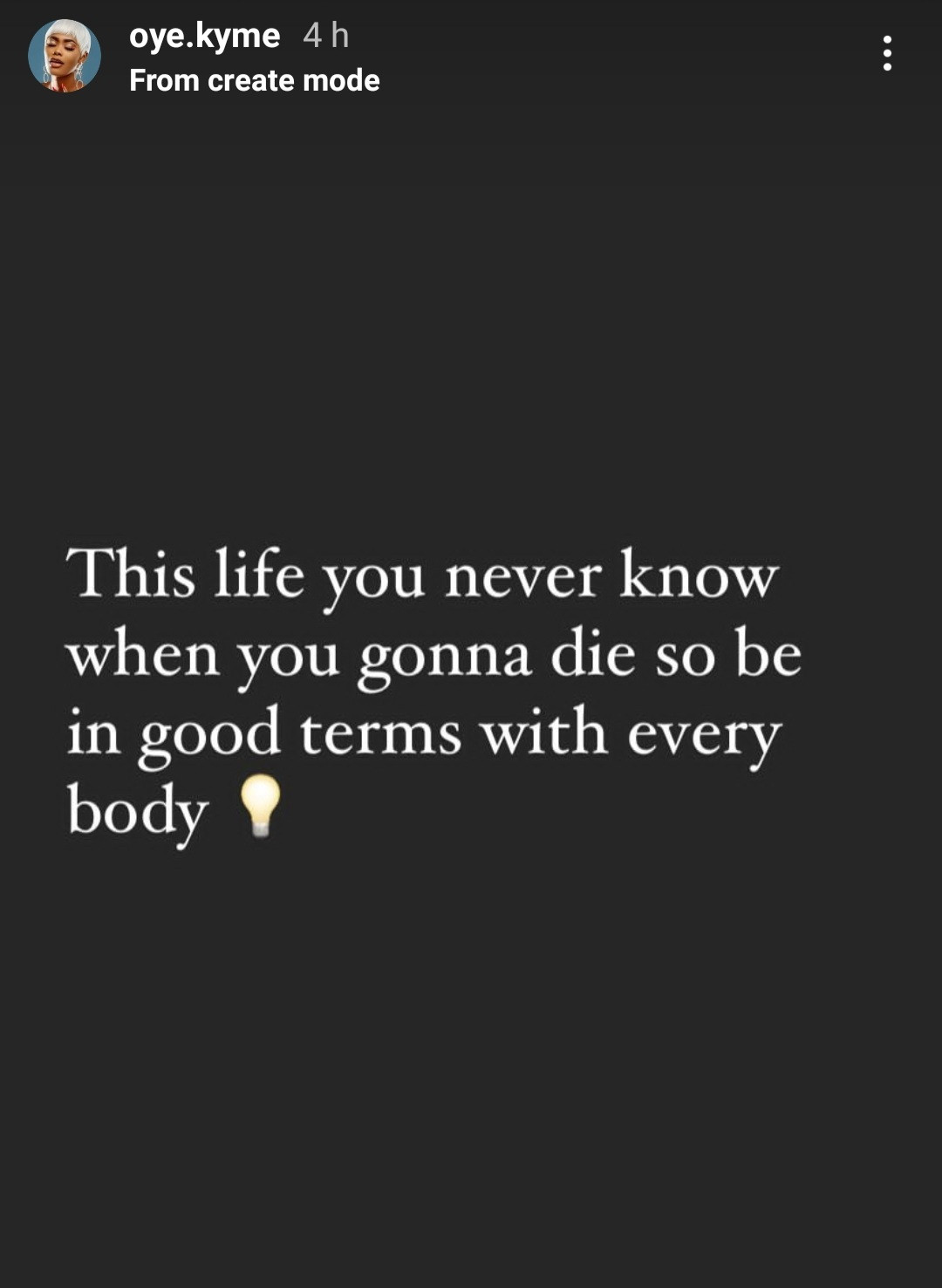