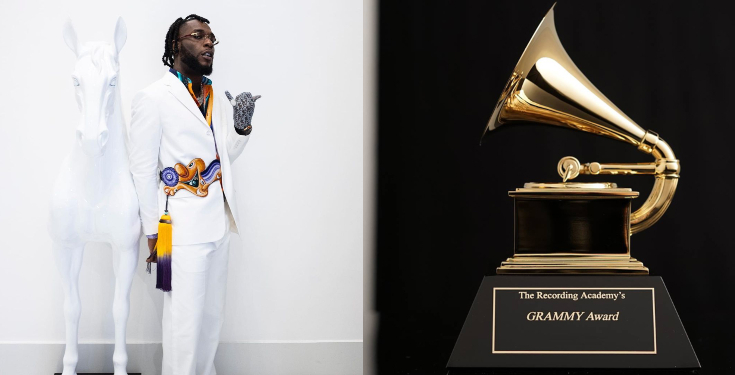 The African Giant and the Afrobeat artist Damini Ogulu well known as Burna Boy has shared his first post to celebrate his win at the Grammys.

Burna Boy’s album ‘Twice As Tall’ was amongst the few albums nominated to be awarded in the jet ended Grammys.

Burna Boy’s Album Twice as Tall was awarded as the ‘Best Global Music’ category at the 63rd Grammys award. His fans has flooded his page with loads of messgaes congratulating him on his new achievement.

See the first post Bura Boy made to celebrate his win at the Grammys.