Controversial Nigerian cross-dresser, Bobrisky has taken to Instagram to drag Tunde Ednut while also threatening to call the US Immigration Police on him.

The duo have been at loggerheads for years now and Joro has continued to accuse him of being in the US illegally. In the most recent attack, Tunde reportedly served Joro a cease and desist letter through his lawyers, claiming he suffers psychological damage because Joro subjected him to cyber-bulling.

Reacting to Tunde’s allegation of being cyberbullied, Joro shared screenshots he received from people who were allegedly bullied by Tunde, in a bid to prove that Tunde is the real cyberbully.

See some of the screenshots below; 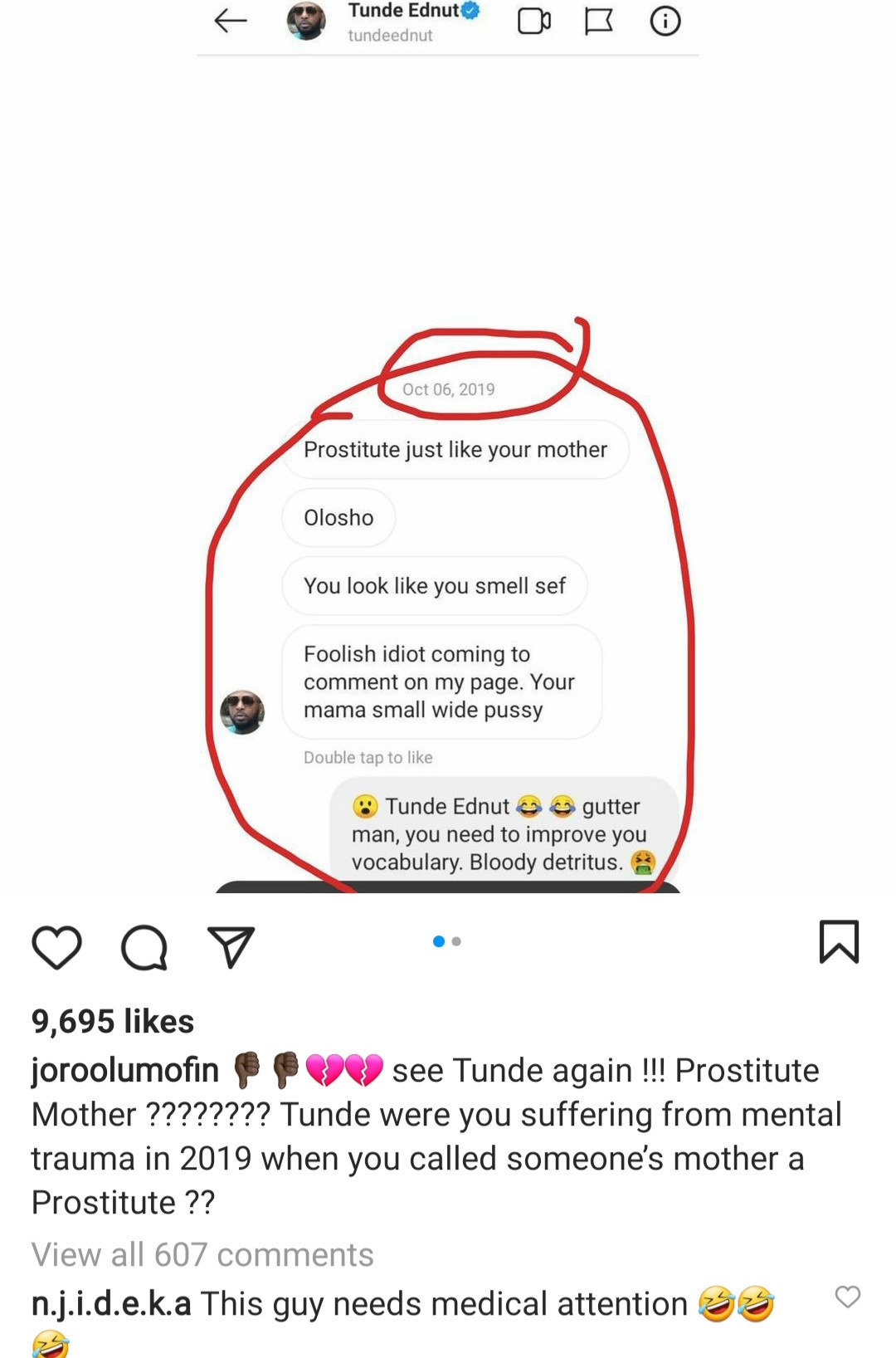 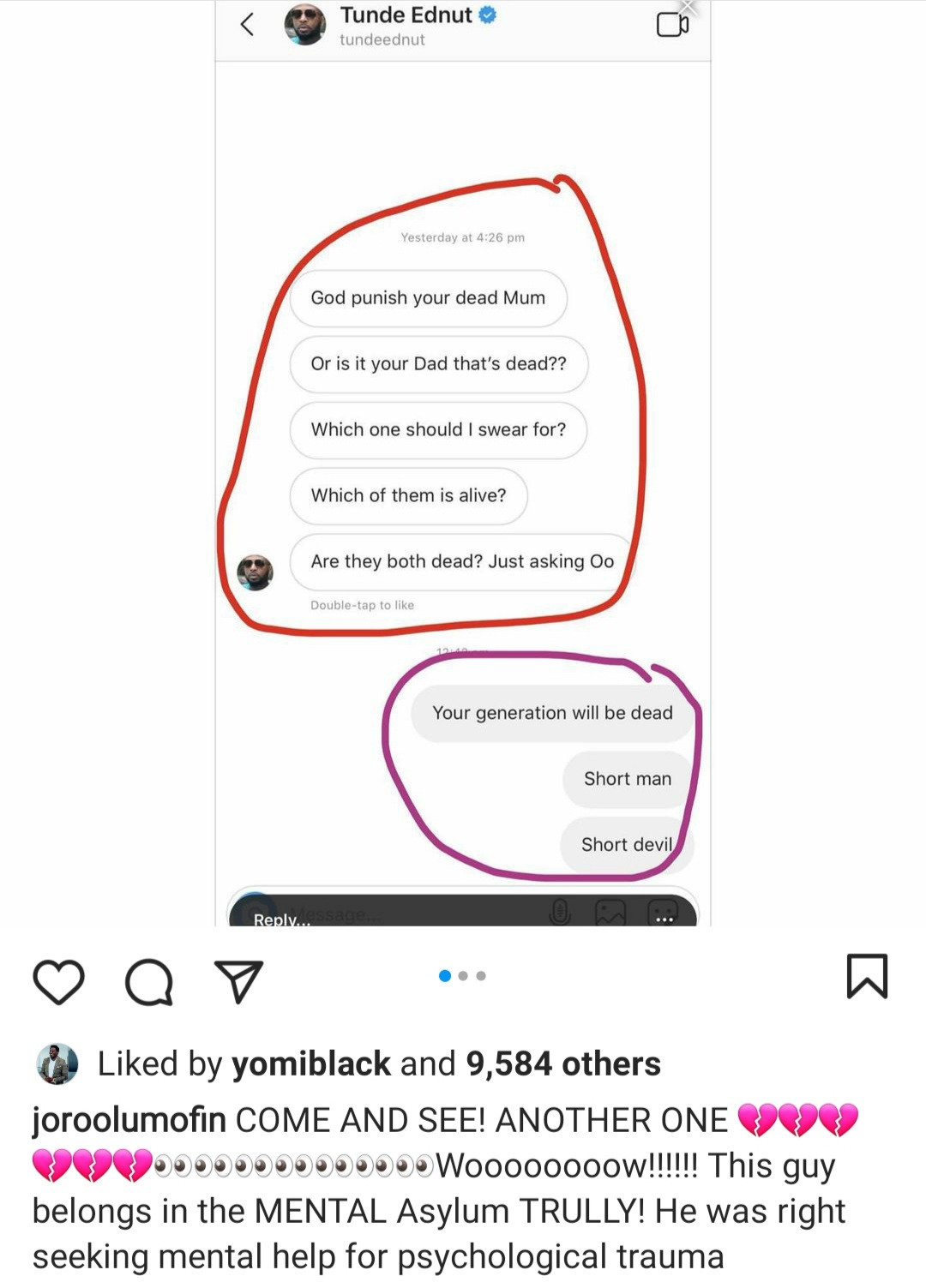 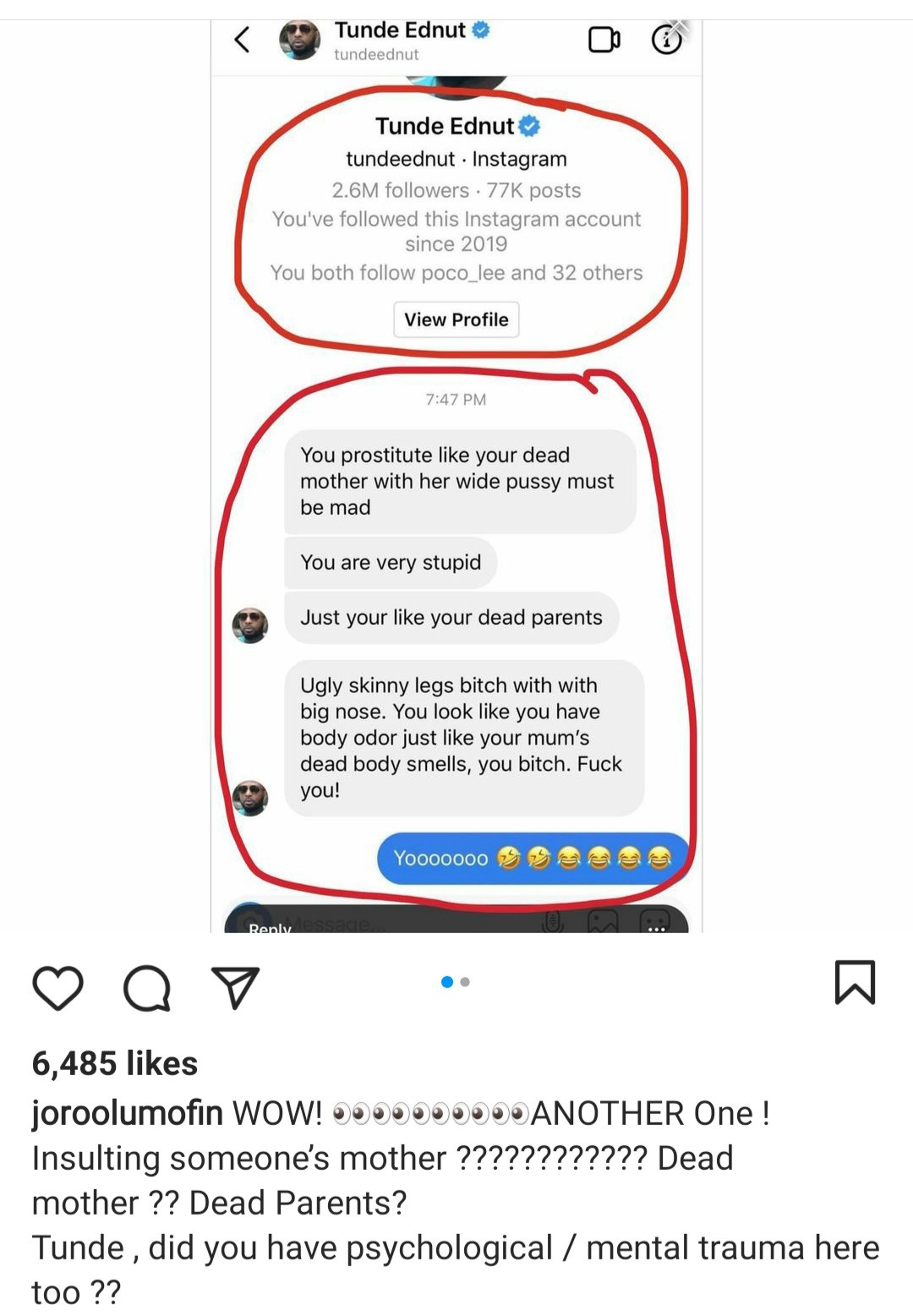 After Joro shared the screenshots which apparently angered Bobrisky, the male cross-dresser called Tunde out and threatened to call the US immigration if he responds.

Read as he wrote below;

. I just hated him for many reasons, the way he insult people mother, always happy bringing people down etc… No matter where you live in dis world they can always serve ur ass a letter

, d idiot has no paper work ever since him they live for Atlanta

. After all ur insult back then i still pass you with a whole 1million followers.” 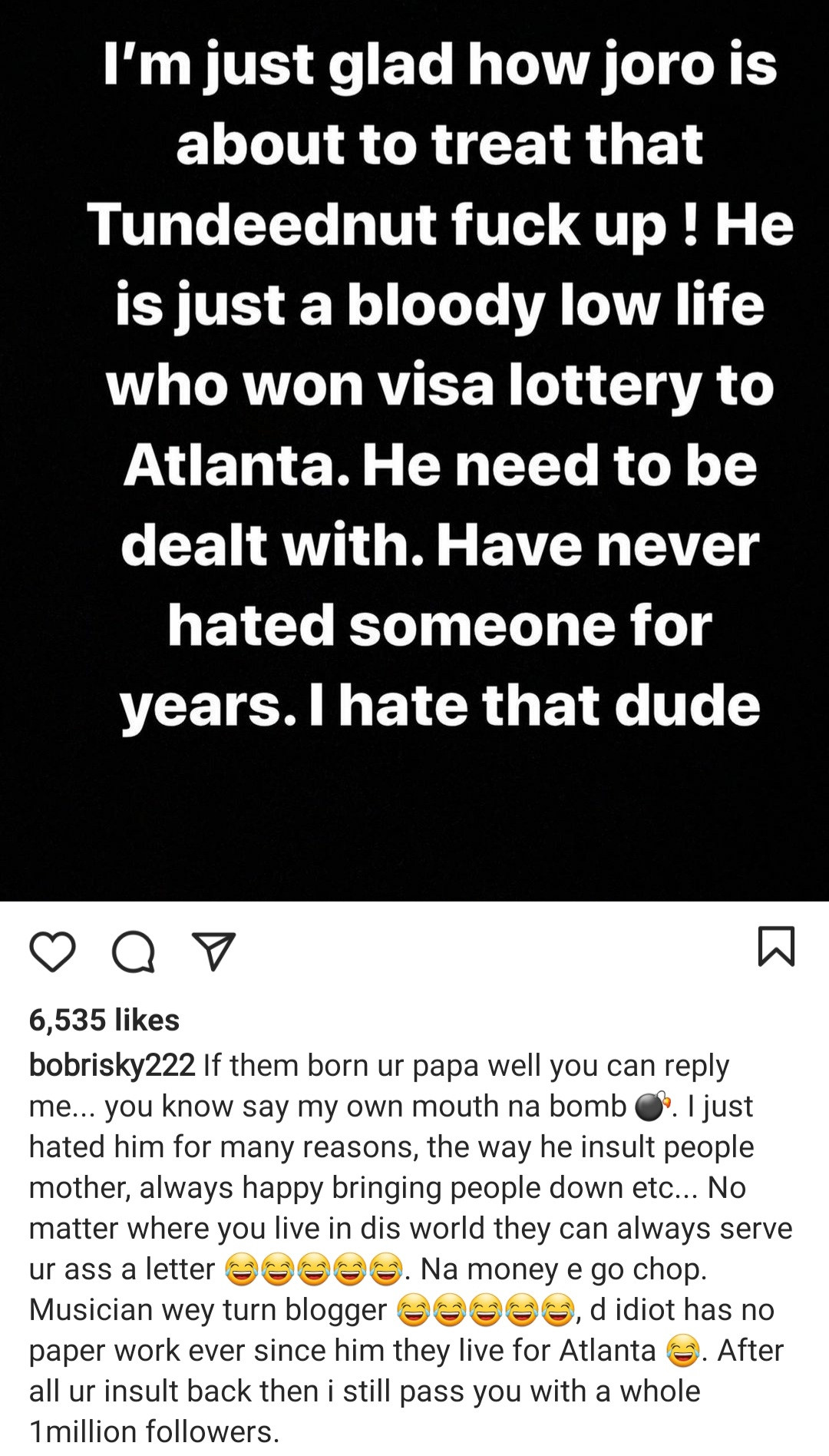 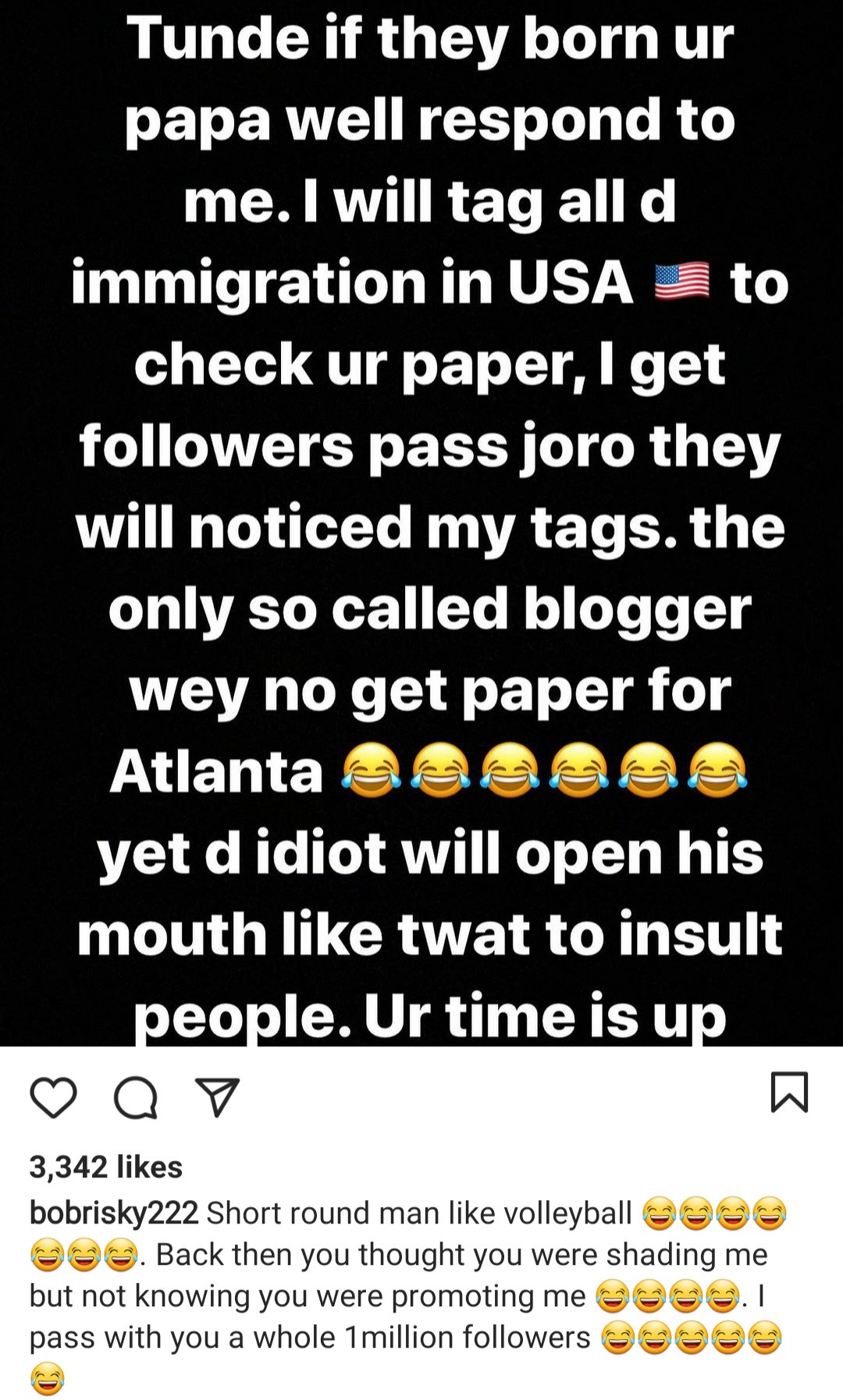 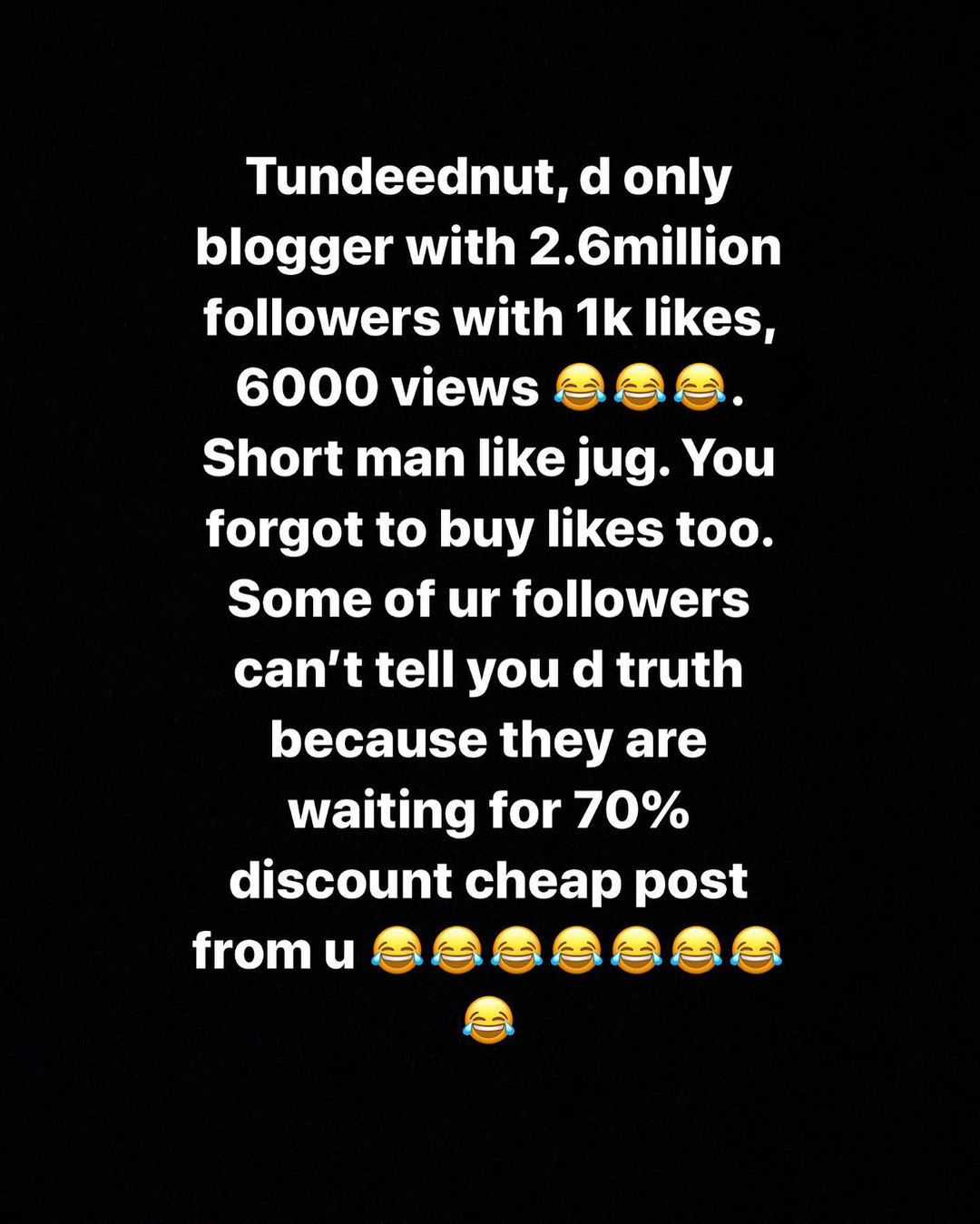 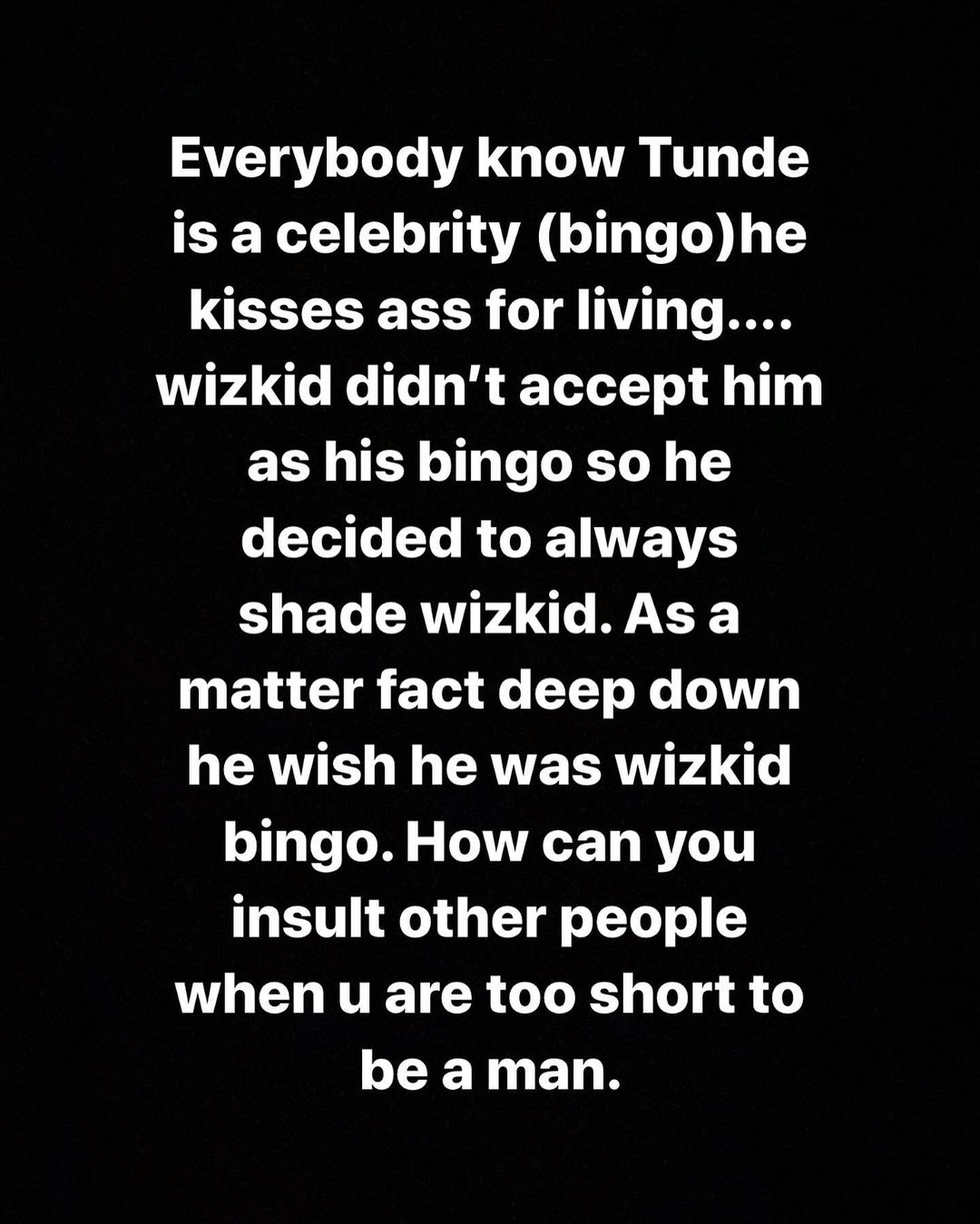 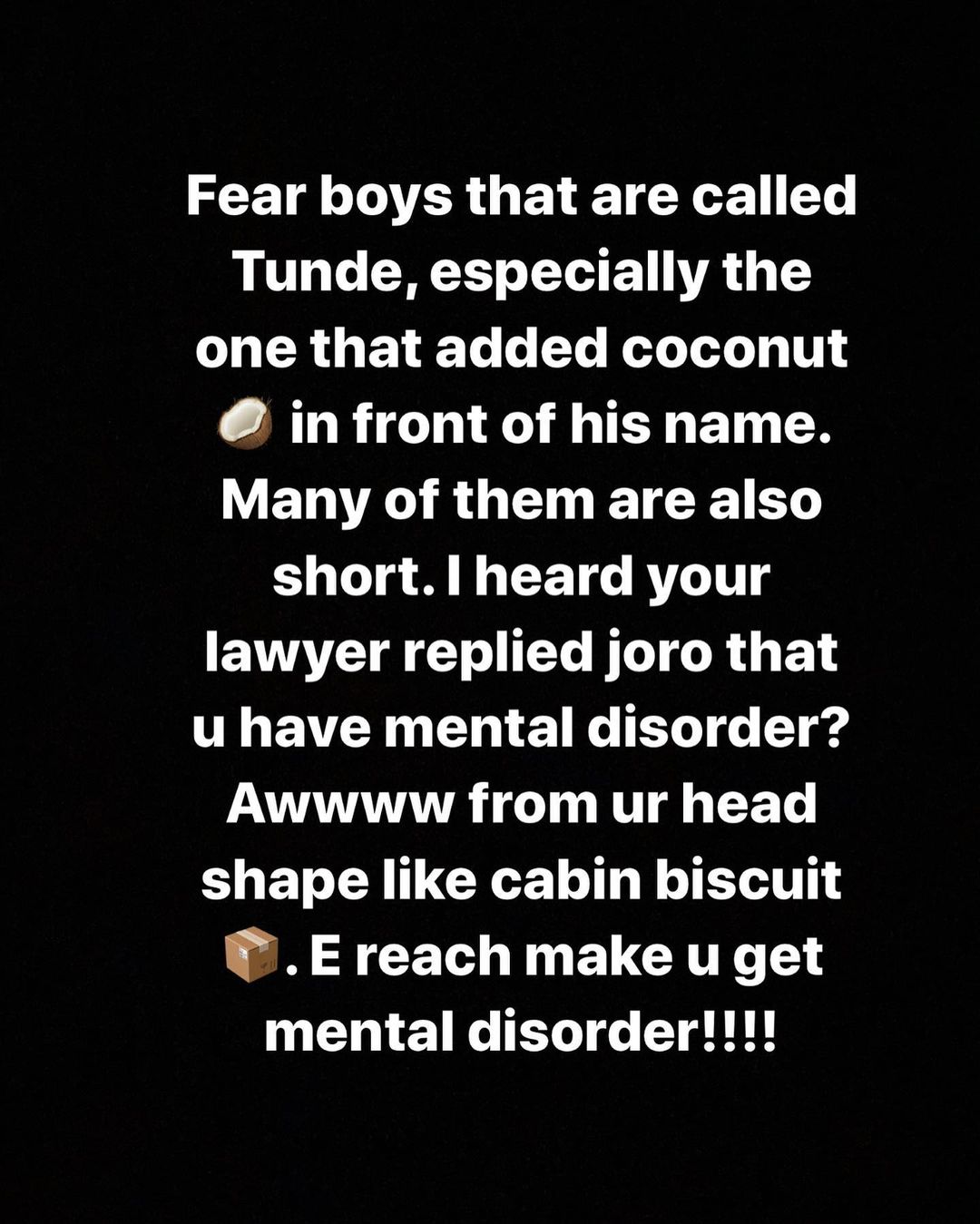