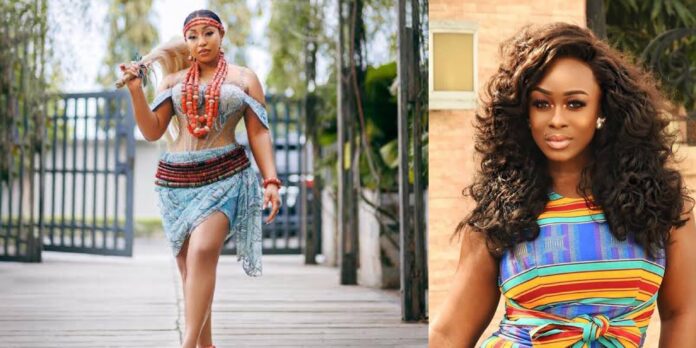 Former Big Brother Naija housemate, Uriel Oputa has said that Rita Dominic’s wedding just goes to say that when the time is perfect, it’s perfect and no one needs to be pressured into marriage. 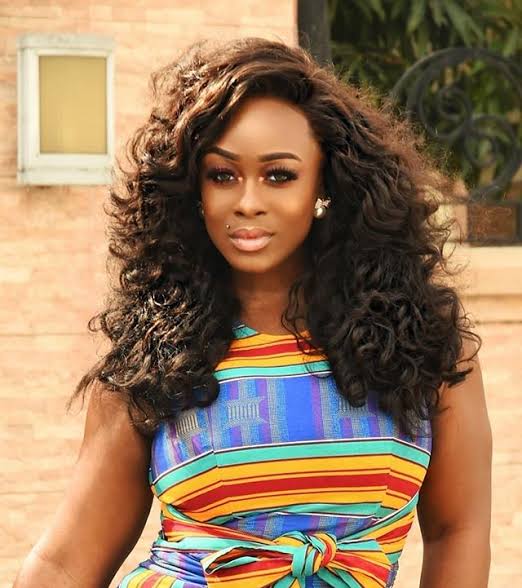 The aura of festivities that filled the atmosphere in Aboh, Mbaise, Imo State, on Tuesday evening has never been witnessed in recent times.

One of her proudest daughters, Nollywood actress, Rita Dominic, tied the knot traditionally with her beau, Fidelis Anosike.

Uriel Oputa reacting to the wedding has made something clear that Rita Dominic’s wedding just goes to say that when the time is perfect, it’s perfect and whoever put an age to a union deemed permanent is mad because getting married has nothing to do with age. 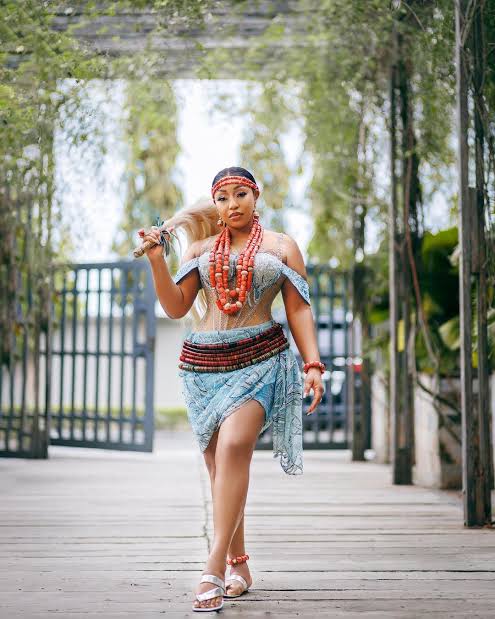 According to her, there’s no formula to inner peace when it feels right to put aside obligated obstacles and dance in the rhythm that’s true to you and the unfiltered core of love is happiness and that’s your happiness, not society.

Uriel Oputa is right, Rita Dominic getting married at this age has proven that there’s no age put on marriage and the beautiful thing too is that she’s going to be a mother very soon and that will be double joy in her house. 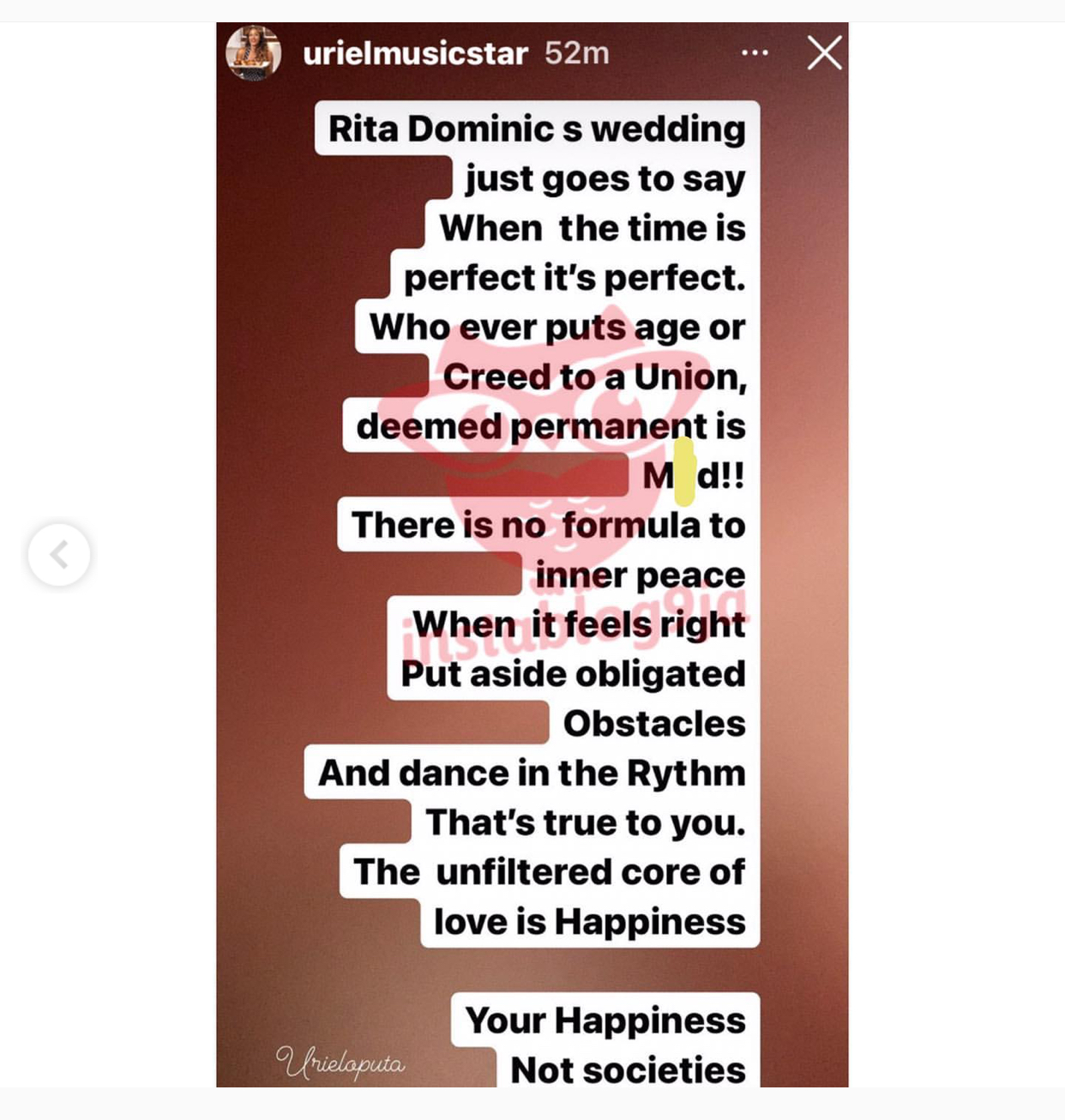