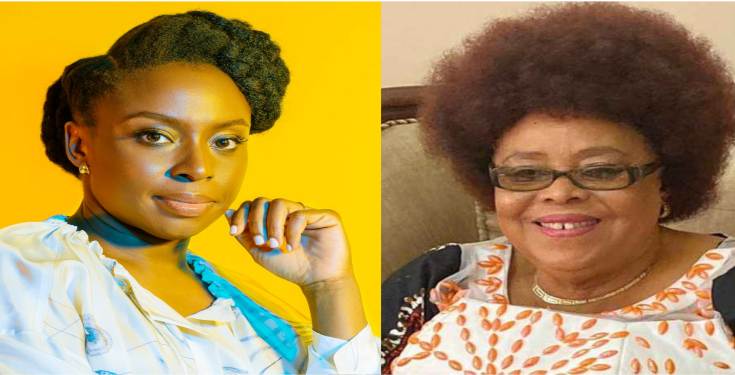 She actually broke down and her emotions could be felt in the post she made revealing that her mother died on her late father’s birthday.

She shared the events that led to her death revealing that she was having a hard time because she has been heartbroken twice.

According to her, her mother was unwell, however, after visiting the hospital, she was a little bit better stating that the doctor even sent an update that she’s fine, however, she was then transferred to the teaching hospital suggesting that things had gone from bad to worst.

“Two hours after she arrived at the teaching hospital, she died. It was March 1st. My father’s birthday. We were planning for my father’s iyipu-akwa, to mark the end of a formal mourning period, and now I cannot believe we are planning another funeral. Again.

We were planning for my father’s Iyipu-akwa, to mark the end of the formal mourning period, and now I cannot believe we are planning a funeral again.”

She shared some lovely photos of herself and her mother to express her current state of emotion. See the full post she made below;