Home Entertainment News Clout chasing is what you do for a living – Destiny Daniels...

The sister of Nollywood actress Regina Daniels, Destiny Daniels has jumped to the defense of her sister in her clash with kayamata seller Jaruma. 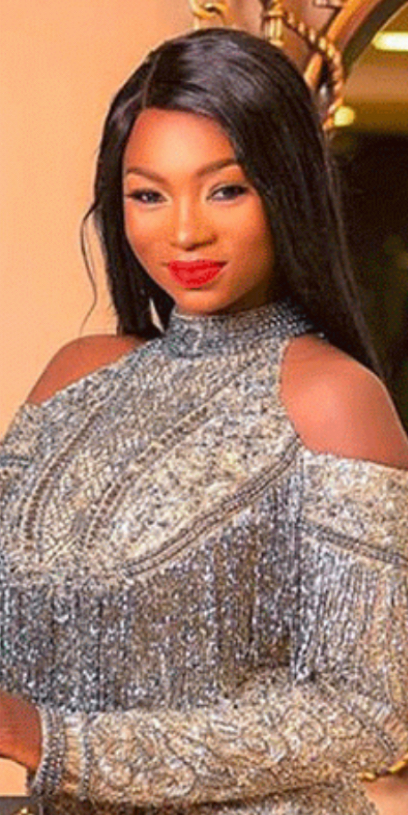 Regina Daniels and Jaruma have dragged each other in the mud after the actress came out clear that she does not use and has never used kayamata products just like Juruma portrayed her by using her pictures for her advertisement.

The sister of Regina Daniels has taken to her Instagram page to slam kayamata seller Jaruma for accusing her sister of using her products. She stated that the N10 Million she claimed she gave to her sister was just for the deal and nothing else.

Ofc you paid her 10m naira for the deal madam. Nobody came to meet you to beg you for money, you singlehandedly shared the money with those people and made records of it like you were doing it for humanitarian purposes but it was actually for the clout. The 1m you gave my mum was supposedly a birthday gift.

“The headphones too was an act of friendship bc she didn’t beg you for it, you wanted her to use it bc she had been using the one someone else got for her and you were jealous but let’s not go there. I always knew from the onset that you were always after clout. when you got Gina’s cosmetics, you made videos more than 10times to get the perfect shot😂 and she didn’t still beg you to do that, you later collected the money and said you were gon transfer that you like holding money in your hand.

“You still called my mum last night to renew the contract bc you had seen the ongoing issue as an opportunity for your business and she didn’t agree, that’s why you decided to do this. Clout chasing is only throwing your name in the gutter but since it’s what you do to earn a living, I wish you more successful clout chase aunty jaruma. “

“Thank God you’ve sha not given me anything and I’ve not taken anything from you neither so it’s good that you didn’t add my name bc I’d have definitely said more than this that you wouldn’t want the public to know about. Thanks and God bless🙏🏾
@jaruma_empire“. 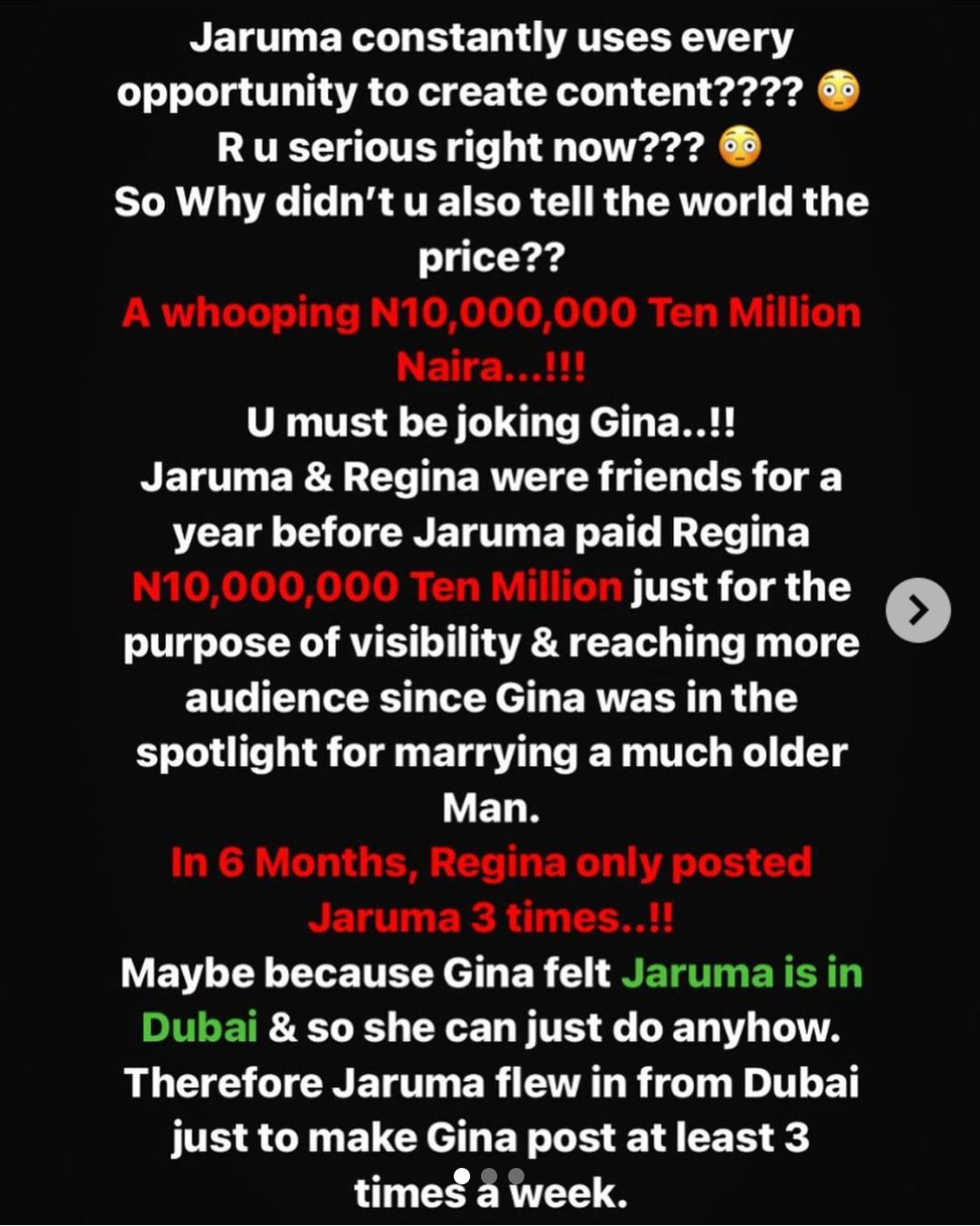 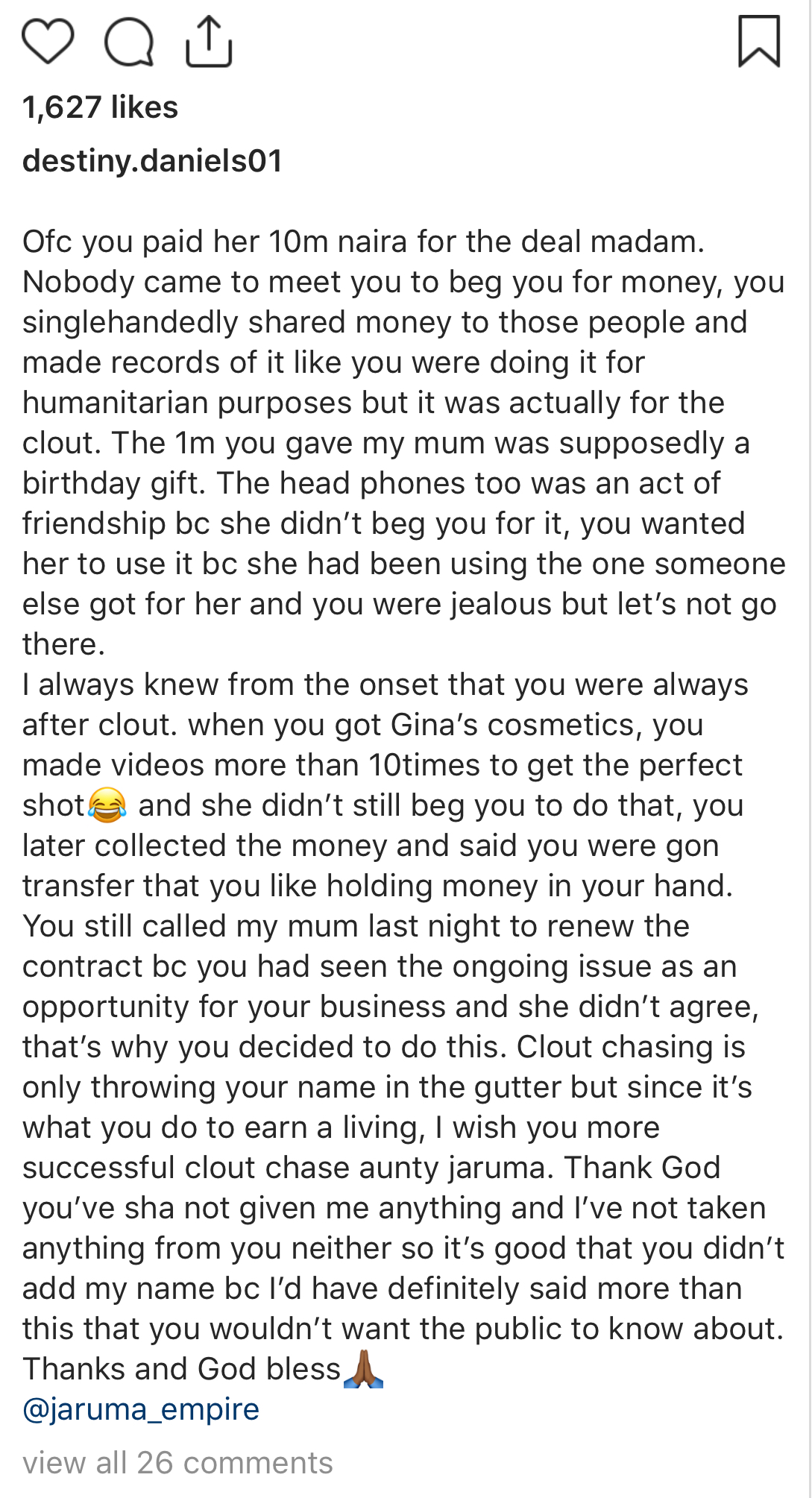 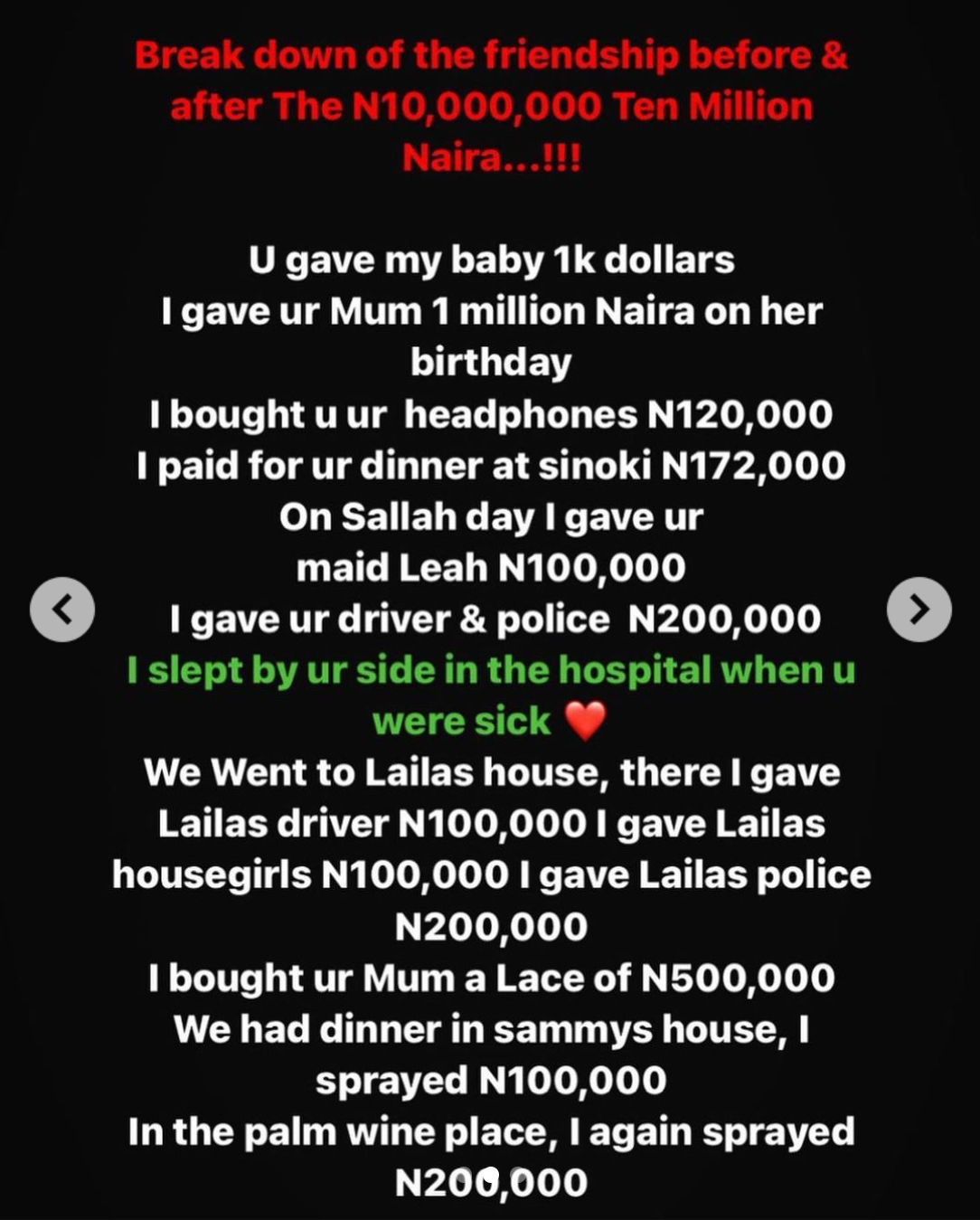 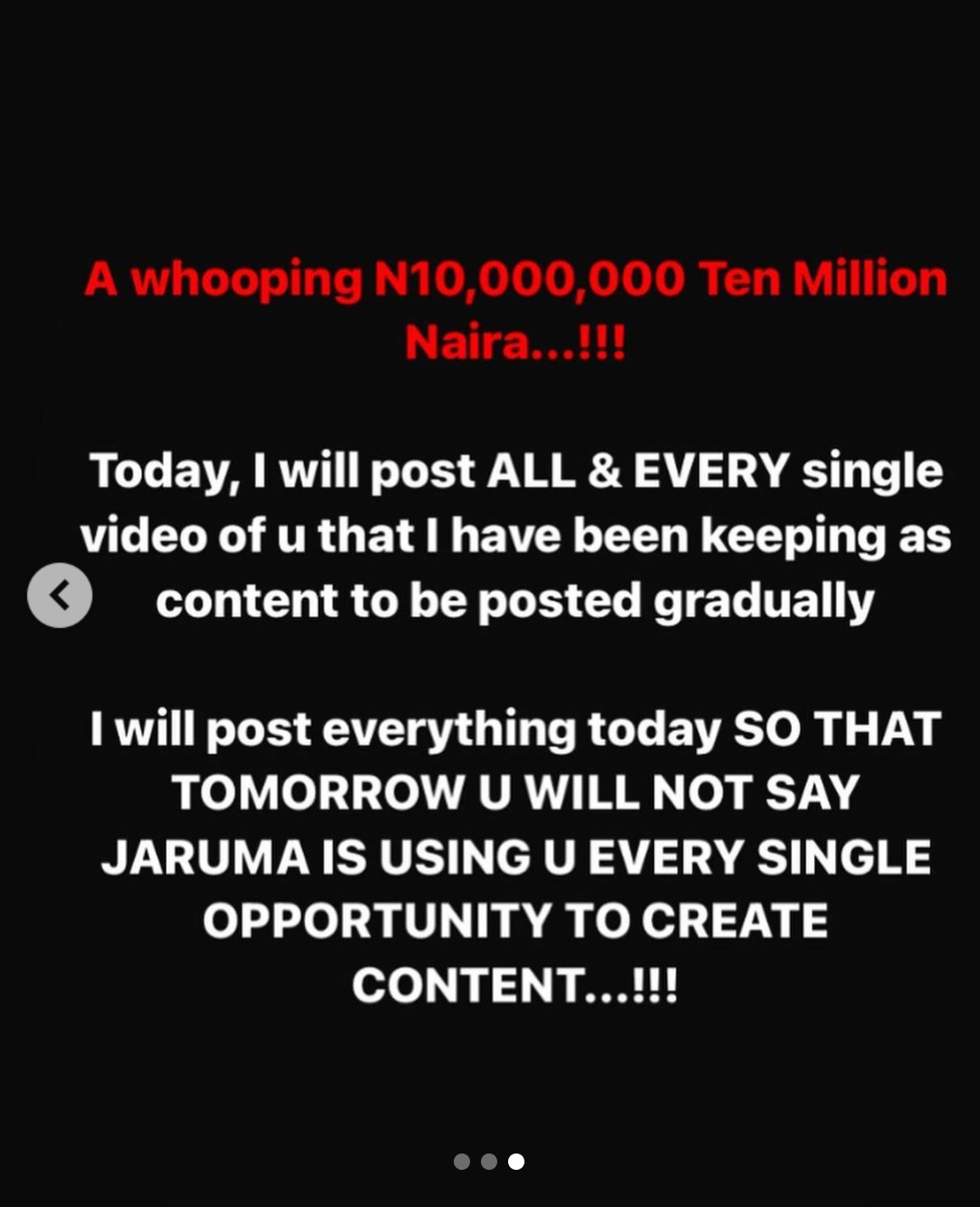