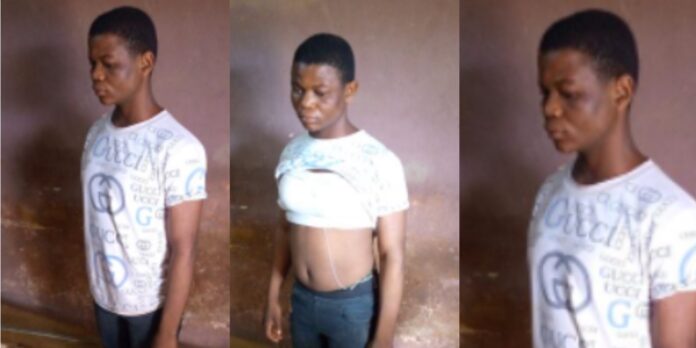 A crossdresser has been arrested in the Gboko Community of Benue state.

According to a Facebook user, Yaro Shimavia Benson, the crossdresser was picked up by a man at a local bar in the community.

It was when they were about to have sex that it was discovered he was a crossdresser.

Read what Yaro wrote below:

”The man in the picture name Terdue from konshisha local government area was caught disguised as a lady in a local night club (Osaze baka) in Gboko Benue state.

A young man name withheld took him home for a night for an undisclosed amount for they both fell in love. The young man narrated how they were both engaged in foreplay kissing romancing and as the disguised lady was so much involved in the foreplay didn’t want a quick sex which prompt the guy to be suspicious and demanded sex according to him he (man in disguised) pulled down his trousers halfway, the guy been too suspicious brought out light which the guy didn’t want his private part to be seen tries to cover up which both of them fought over it.

While the guy was demanding for sex the disguised man was offering him doggy style which didn’t go well with the guy which prompted him to involved her (the disguised man) in a little physicality which pave way for him to unveil the real him.

On noticed that she was a man the guy raised alarm which the said man took to his hills but unfortunately for him he was caught and brought up to the notice of the youth.” 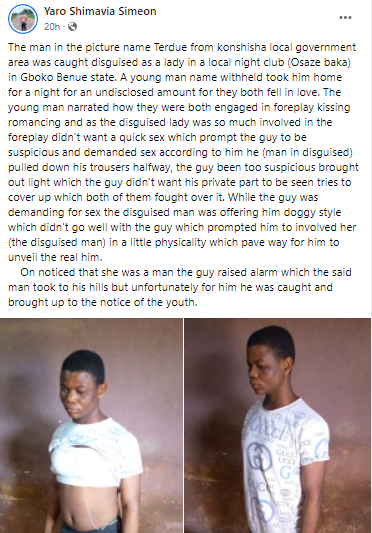 The post has since gone viral and sparked reactions online. 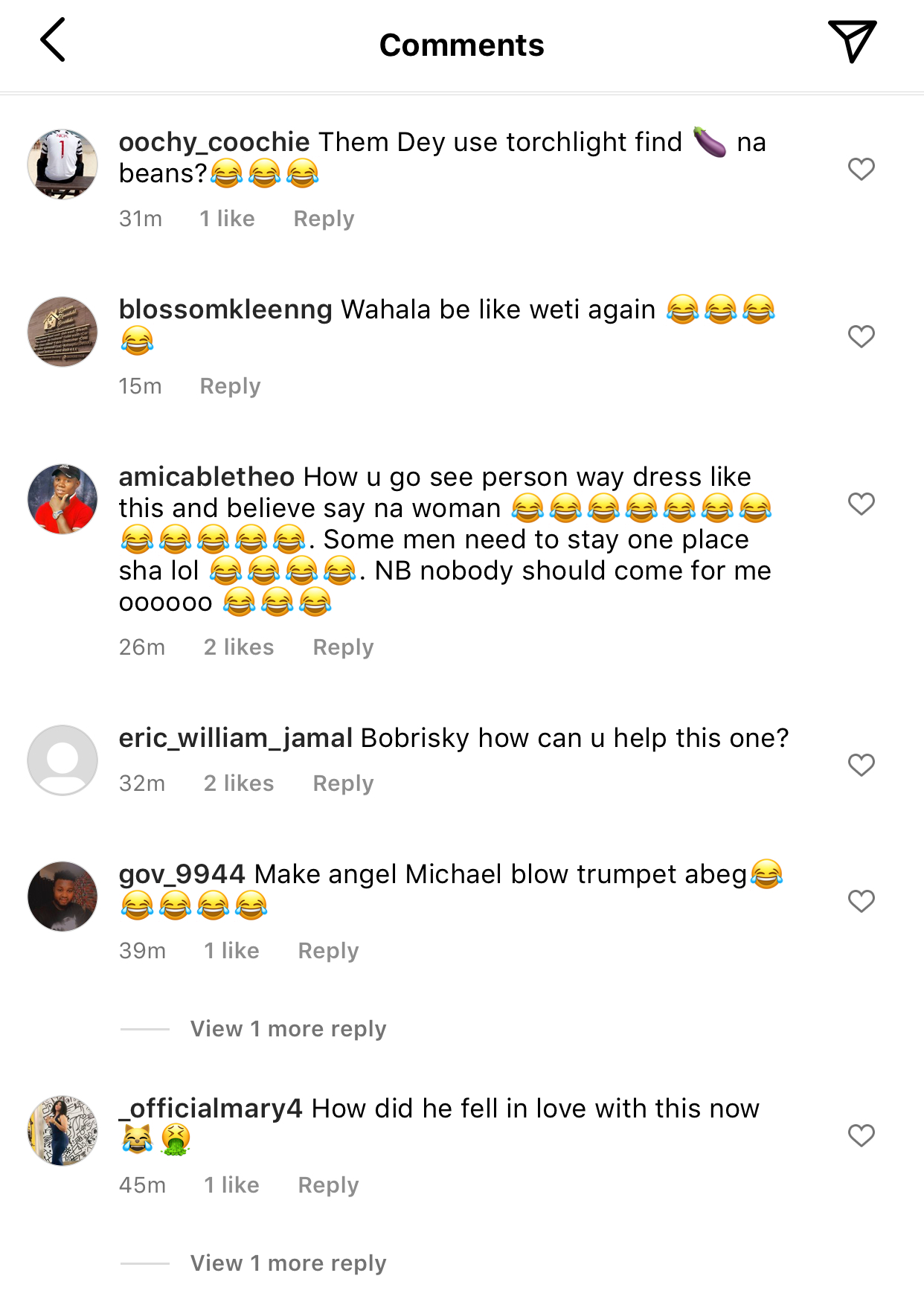 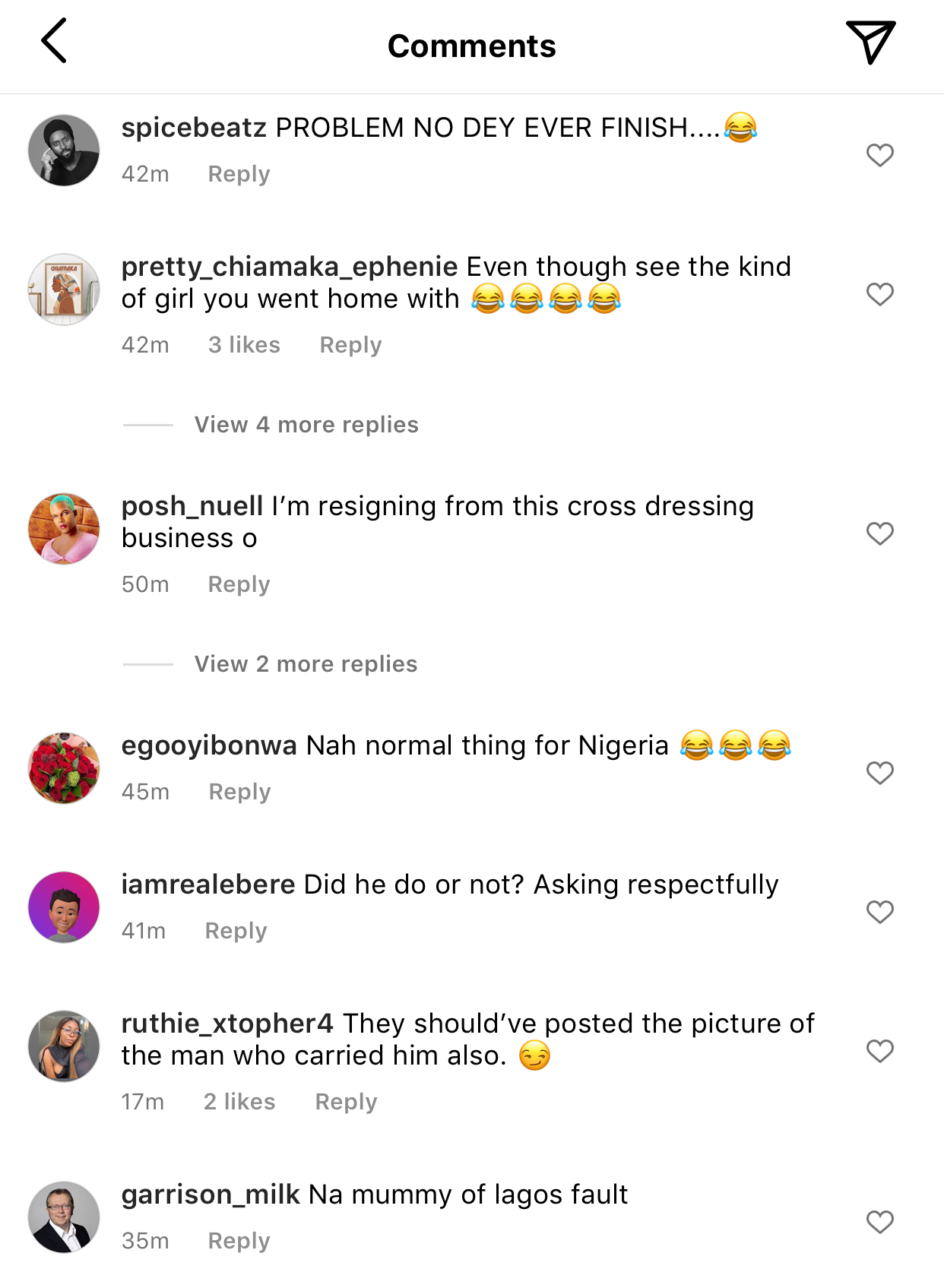 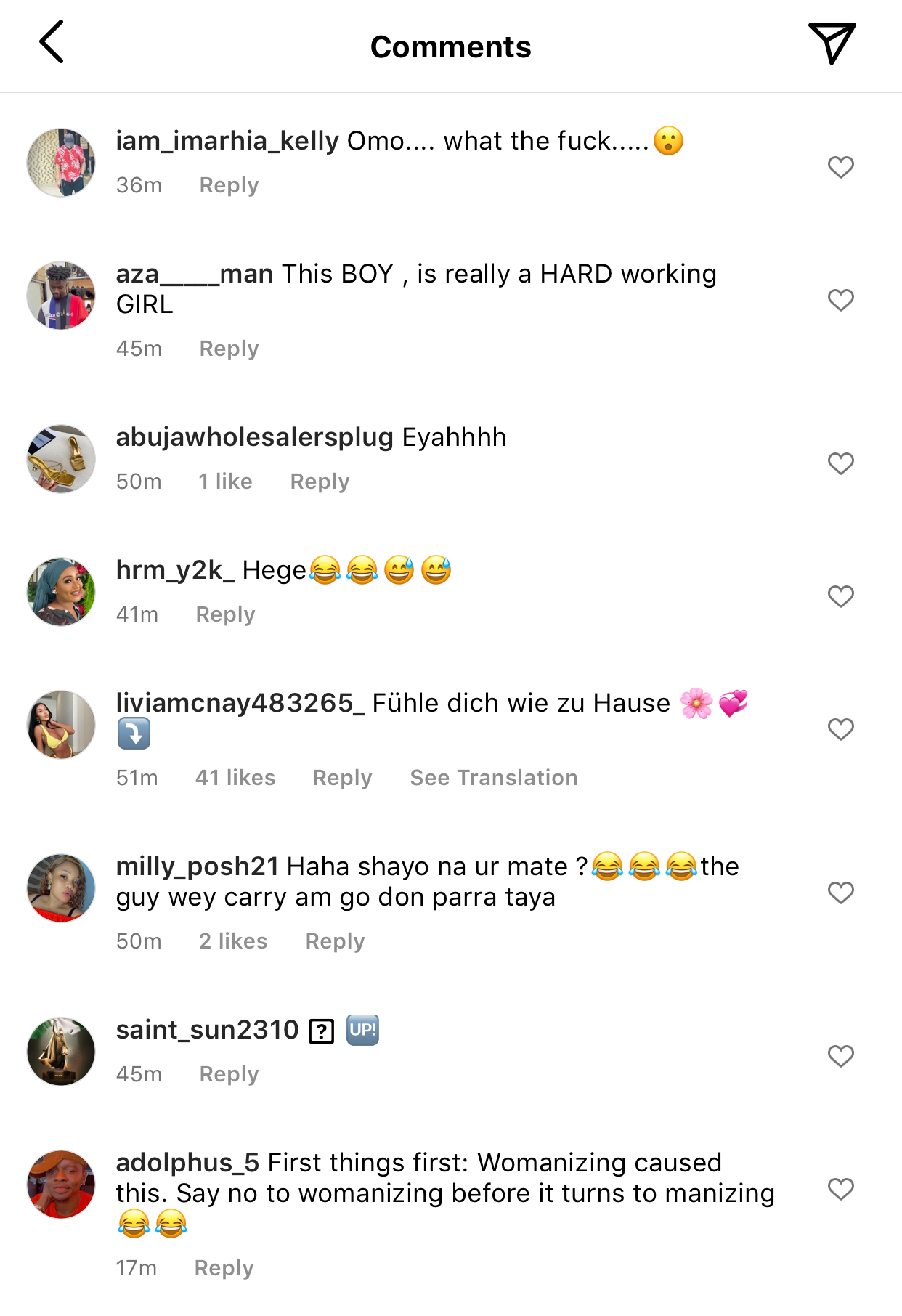