A Nigerian crossdresser recently got more than he bargained for when he went to an unfriendly area in Lagos to shoot one of his skits. 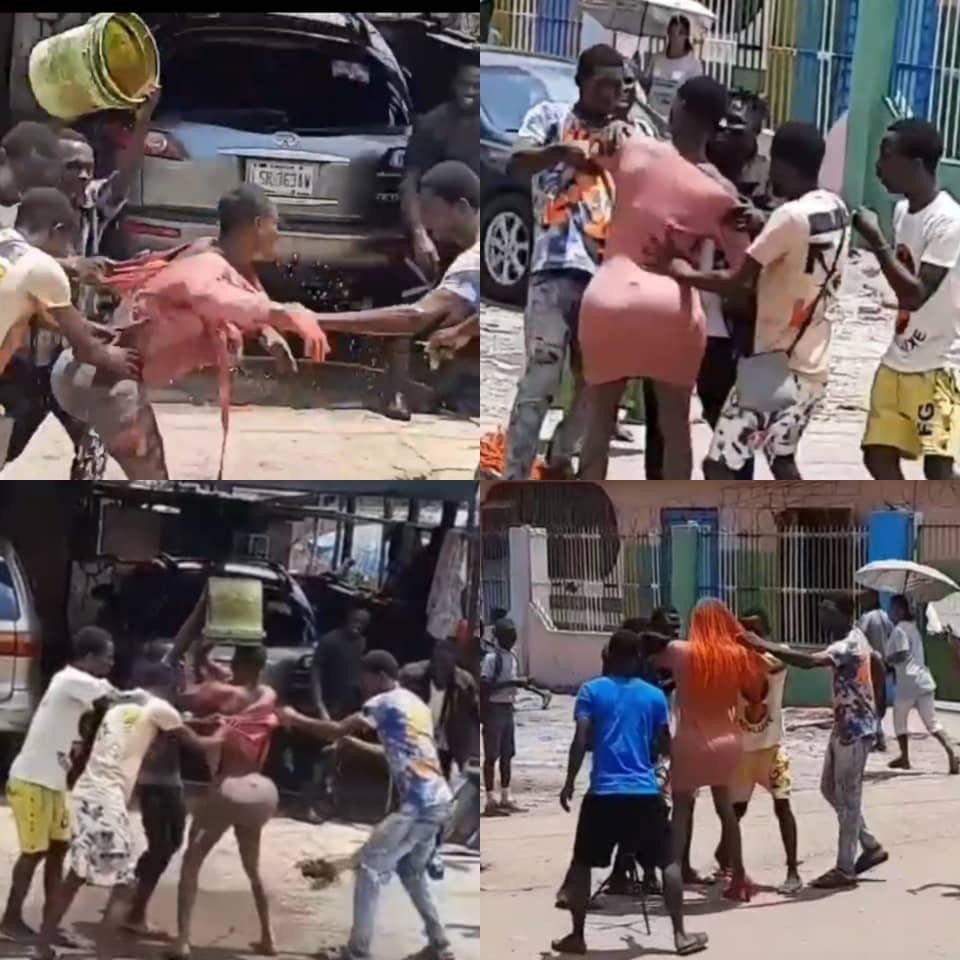 He was seriously attacked by the area boys who tore his clothes and removed his wig. 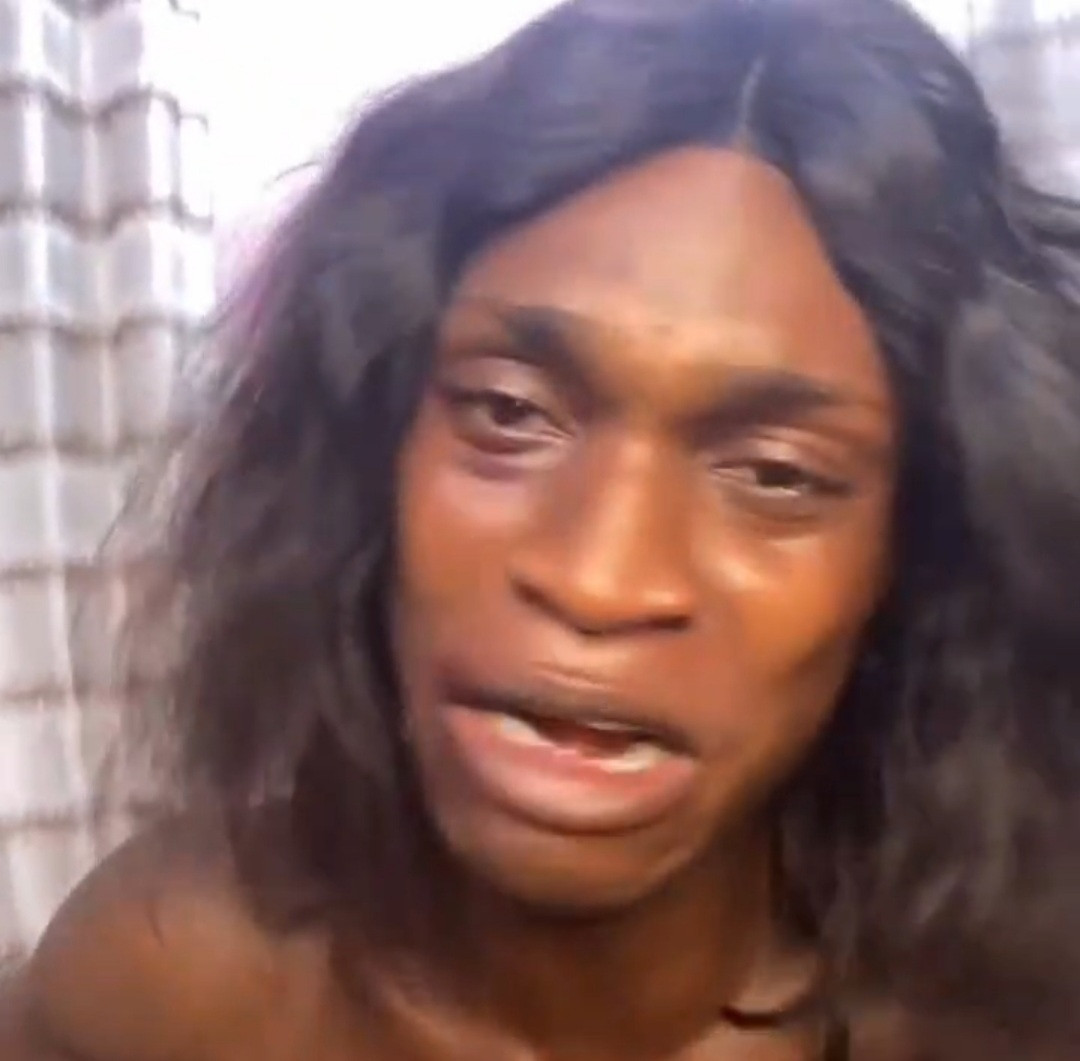 In a video that has gone viral, the crossdresser was seriously manhandled by the area boys who felt irritated that he was dressed as a woman when he is a man.

The crossdresser also shared a video crying as he recounted how he was embarrassed by the hoodlums.

Watch the videos below: