Home Uncategorized Dj Cuppy Replies Fan Who Mocked Her For Not Knowing How To...

Popular Disc Jockey and Daughter of a Billionaire Dj cuppy has taken to her Twitter page to reply a Fan who tried to mock her. The Beautiful lady gave a simply but Savage reply to the fan who said she doesn’t know how to Dress. 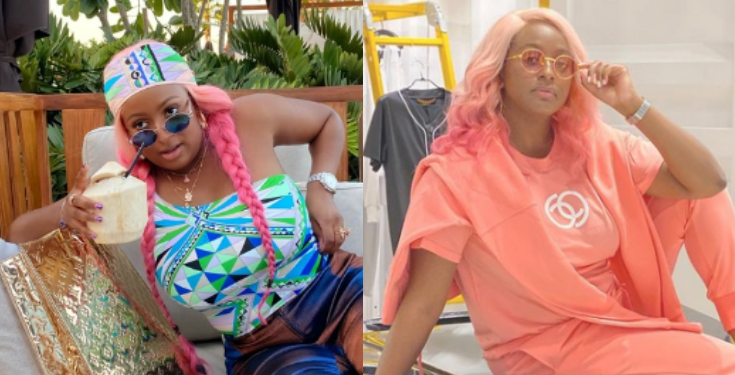 It all started when a twitter user with the user name Uncle Prince tweeted a reply to DJ cuppy’s post saying, “This Cuppy Girl no sabi dress at all”. Another twitter user with the user name kawun kowa supported the troll by saying that cuppy was always looking like a Teletubbie. DJ cuppy who usually ignore trolls decided to reply this one. In her words she said, ” A Rich Teletubbie”. Below is the screenshot of the conversation. At this point I guess some fans needs to tone it down a bit as these celebrities are human and they have feelings too. We should learn how to support people and not try to bring them down.

Doyin Okupe’s son fires back at IG user who said he would have been a corpse in Kenya for coming out as a gay...