Home Trending Don’t lose your family to me. If they don’t accept me, I’m...

A Nigerian man is currently the talk of social media after he said to his future wife that if her family doesn’t accept him, he is going to marry her.

In the height of the trending issue on family acceptance, Sir Dickson has taken to Twitter to reject the offer of being responsible for separating his wife or anyone from their family.

He further stated that no one should also lose their family because of him. This is because there are a lot of men and women on Earth. And the whole idea of soul mate doesn’t exist.

“Don’t lose your family to me. If they don’t accept me, I’m not marrying you. It is not me that would separate you from your family. Men are plenty. Women are plenty. A soulmate is a myth.” 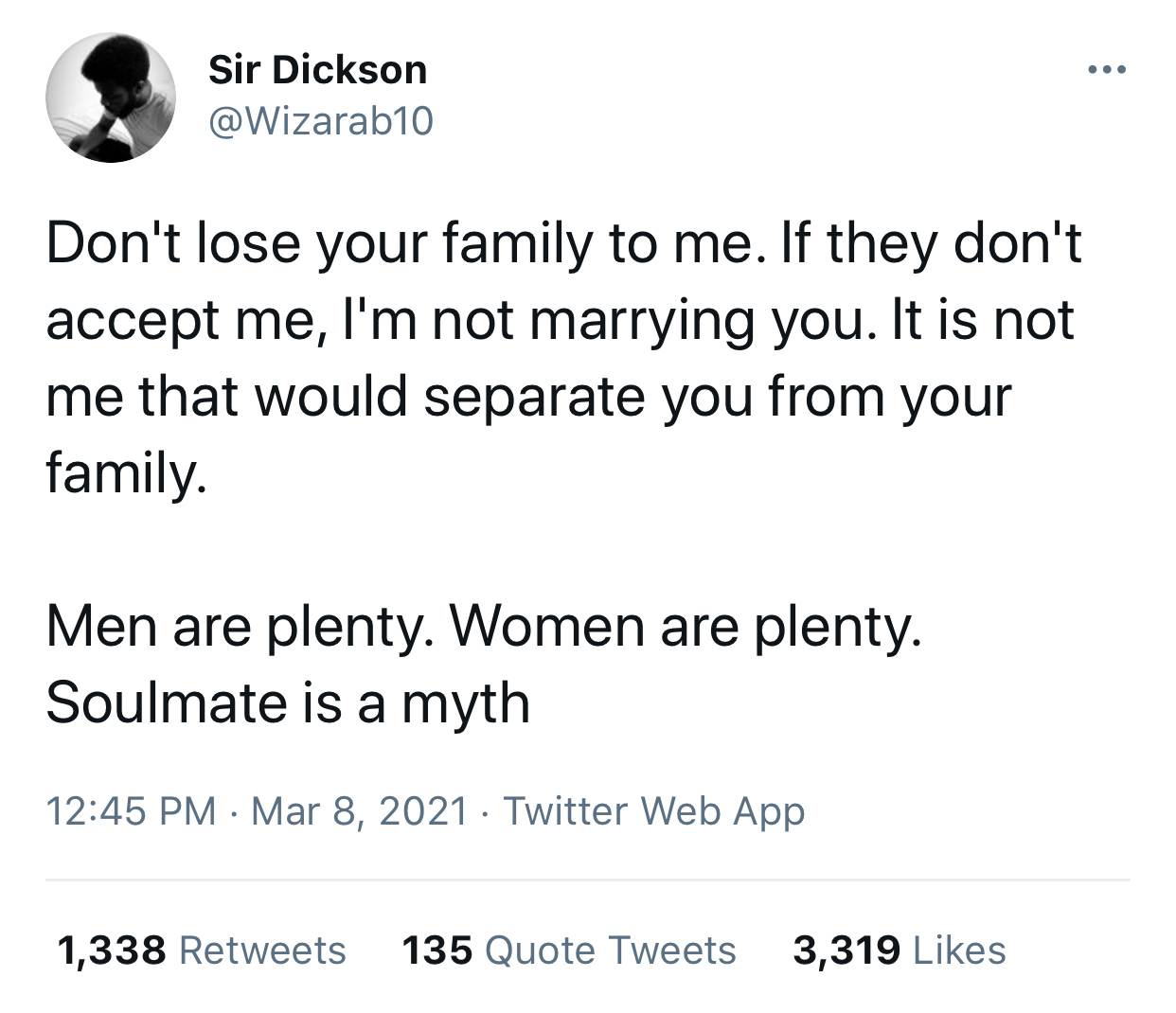