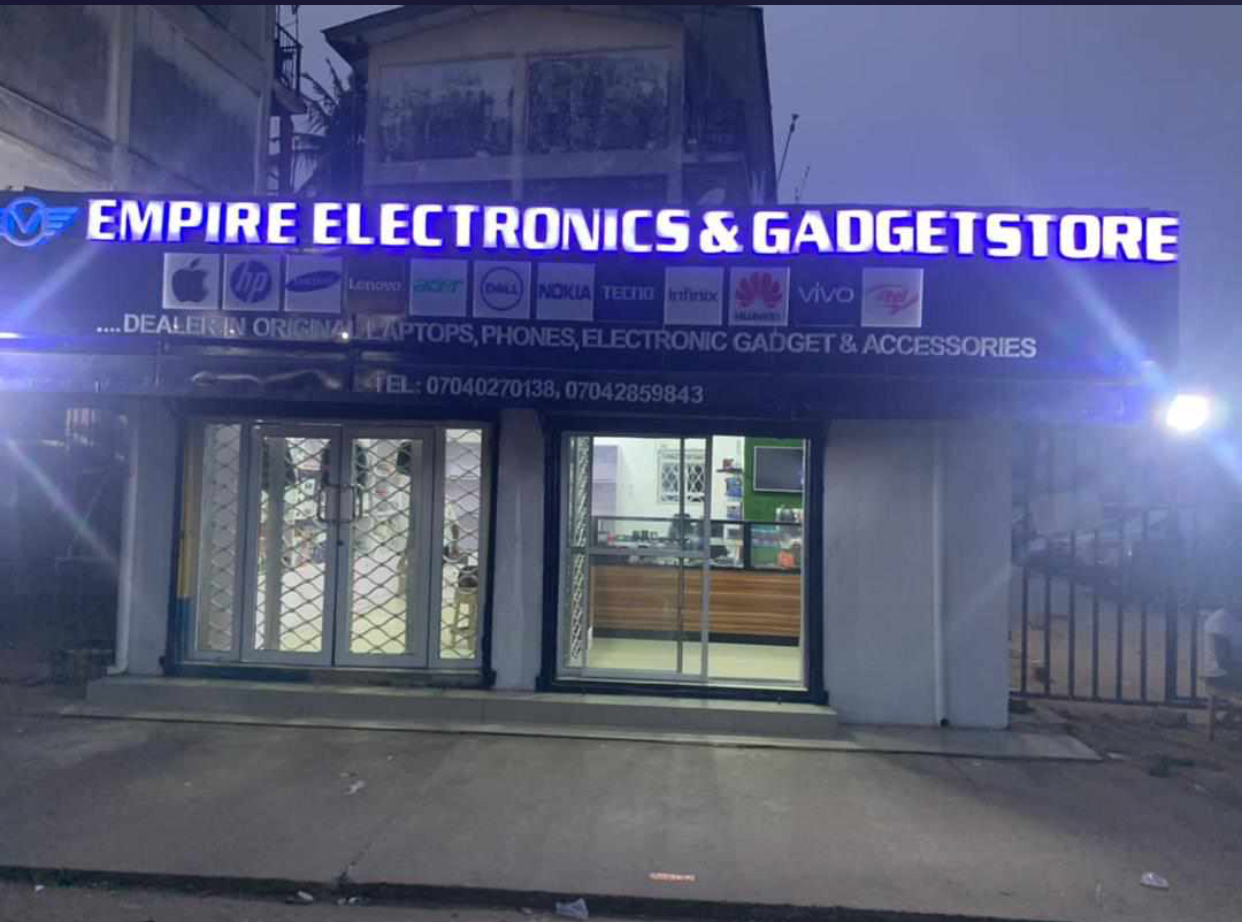 AFTER months of construction, Africa’s most commercial capital and Nigeria’s center of excellence, Lagos state will be shut down to its very base as “EMPIRE ELECTRONICS AND GADGET STORE” will officially open its world-class facility to the public on the ever busy 22Road in Festac-town, for its customers nationwide. 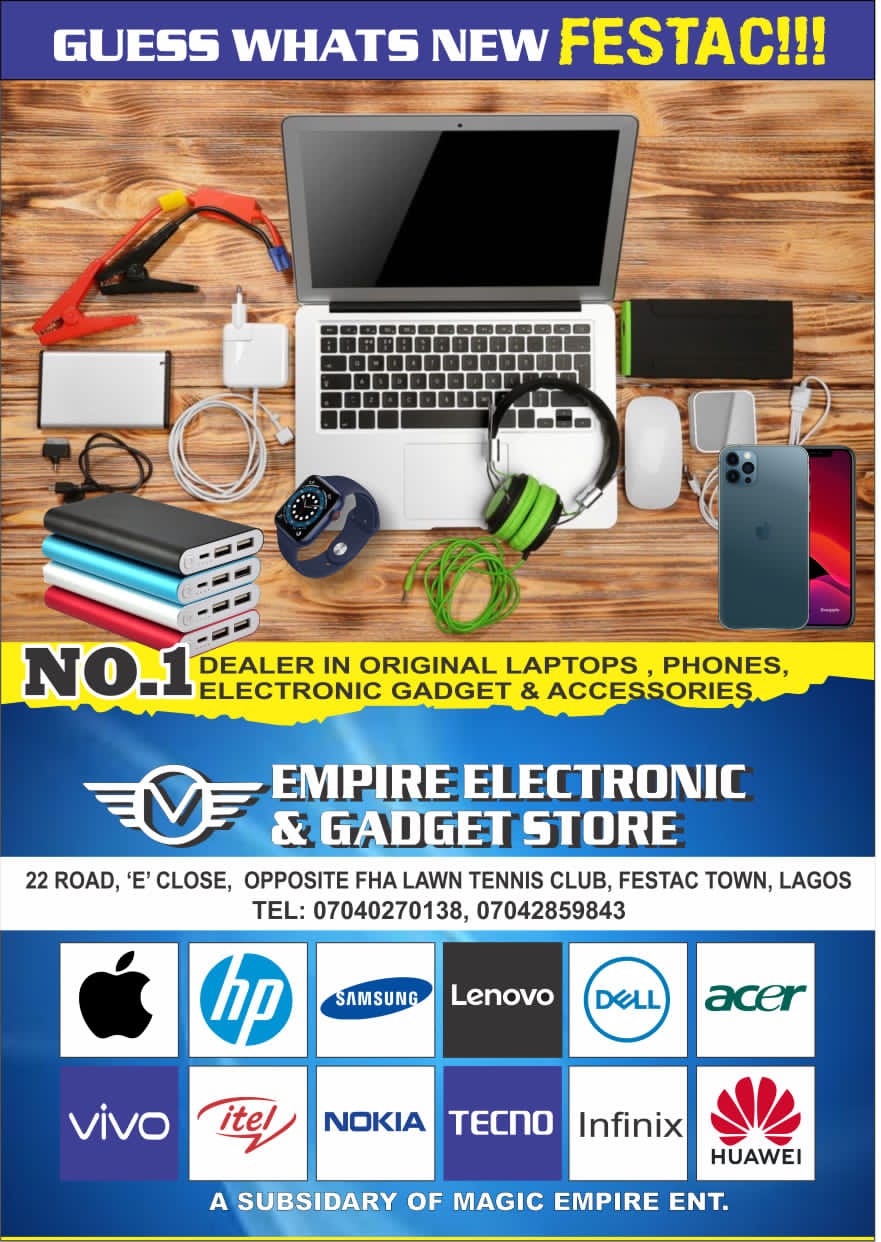 We all love gadgets; they make life easy for us but sometimes getting good accessories can be difficult.

With the high rate of substandard products hitting the markets, most consumers in a bid to get cheap products, end up buying fake products which cannot stand the test of time.

“EMPIRE ELECTRONICS & GADGET STORE” is one of the biggest mobile phone retailer in Nigeria.

It sells various types of mobile phones from leading brands such as Apple, Samsung, Huawei amongst others.

“EMPIRE ELECTRONICS & GADGET STORE has proven to be not just the biggest seller of mobile phones in Nigeria but the seller of high quality mobile phone with good after sale services.

It offers door to door after sales service making it to gain more customers quickly.

If you are in Festac-Town presently and looking for where to chill this April, then the official opening of “EMPIRE ELECTRONICS & GADGET STORE” is an event you shouldn’t miss. 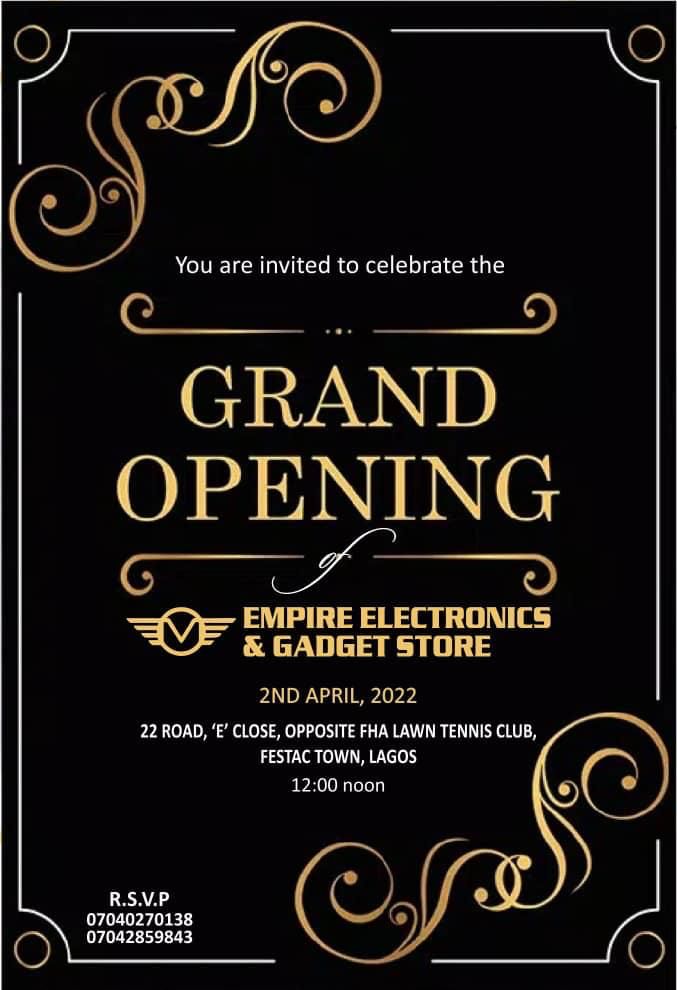