The Nigerian army has debunked claims that it had hands in the mass shooting of #Endsars protester in the Lekki-Ikoyi area of Lagos state.

No fewer than 50 people were allegedly shot at and injured during the peaceful protest in Lekki on Tuesday evening by fully dressed military men.

In a Twitter post via the military’s official page, the Nigerian Army denied deploying their men to the location or having anything to do with the said shootings. 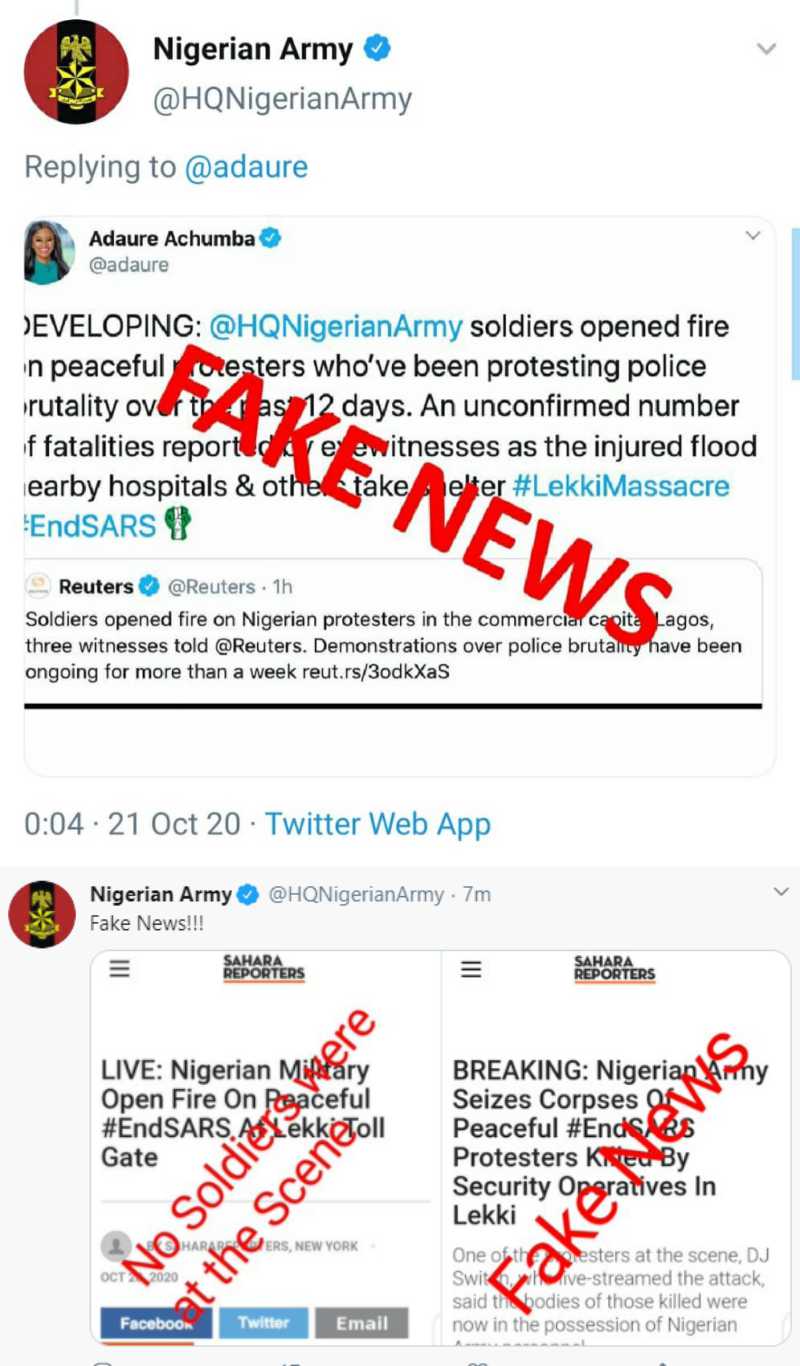 Contrary to the army’s claim of it as fake news, video evidence from the scene shows otherwise as officers dressed in camo were be seen firing live ammunitions sporadically at protesters.

Street lights has been restored after the deed is done… shooting goes on!!! I don't think online protesters should be sleeping this night please retweet all trending hashtags please!!!#LekkiMassacre #EndSARS #EndPoliceBrutalityinNigeraNOW pic.twitter.com/CeynNH3dhW