According to online reports, the #EndSARS protesters in Port Harcourt – the Rivers State capital, were conveyed in official police trucks.

In the video, a man could be seen sharing bread to the protesters and a police officer driving one of the police vans quickly joined them to drag for the free manna.

The heartwarming relationship between the policemen and the protesters has made Nigerians on social media wish Police truly becomes the people’s friend as supposed.

Some Nigerians on social have reacted to the video with many expressing surprise at #EndSARS protesters riding with officers in official police trucks and even sharing bread together.

@Official_Mega1 who shared the video wrote, “I got so happy after watching this video
Other officers should learn from this.. protesters were even riding with the police and the officer as well got his own bread
Peaceful protesters are in Port Harcourt!
Please retweet so other officers can learn
#PortHarcourtProtests” 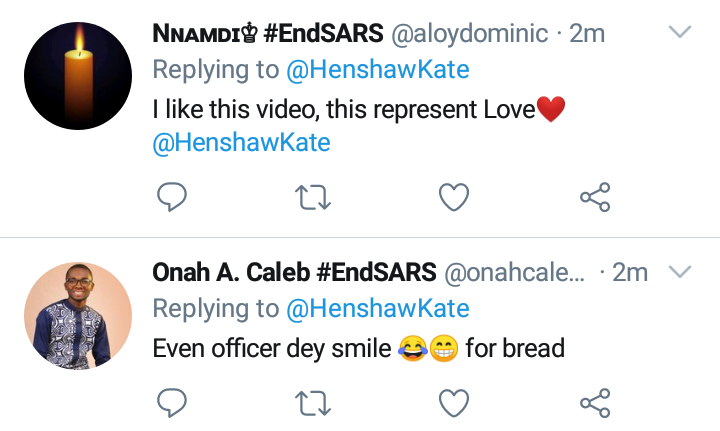 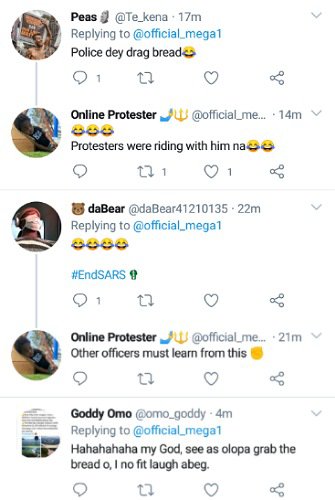 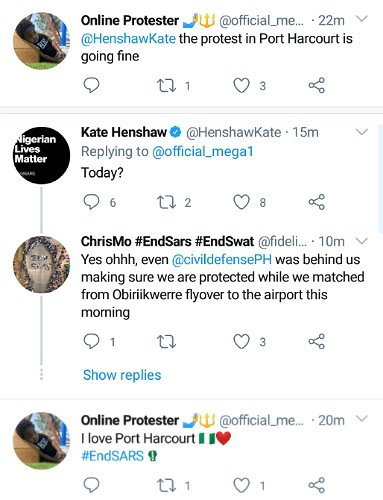