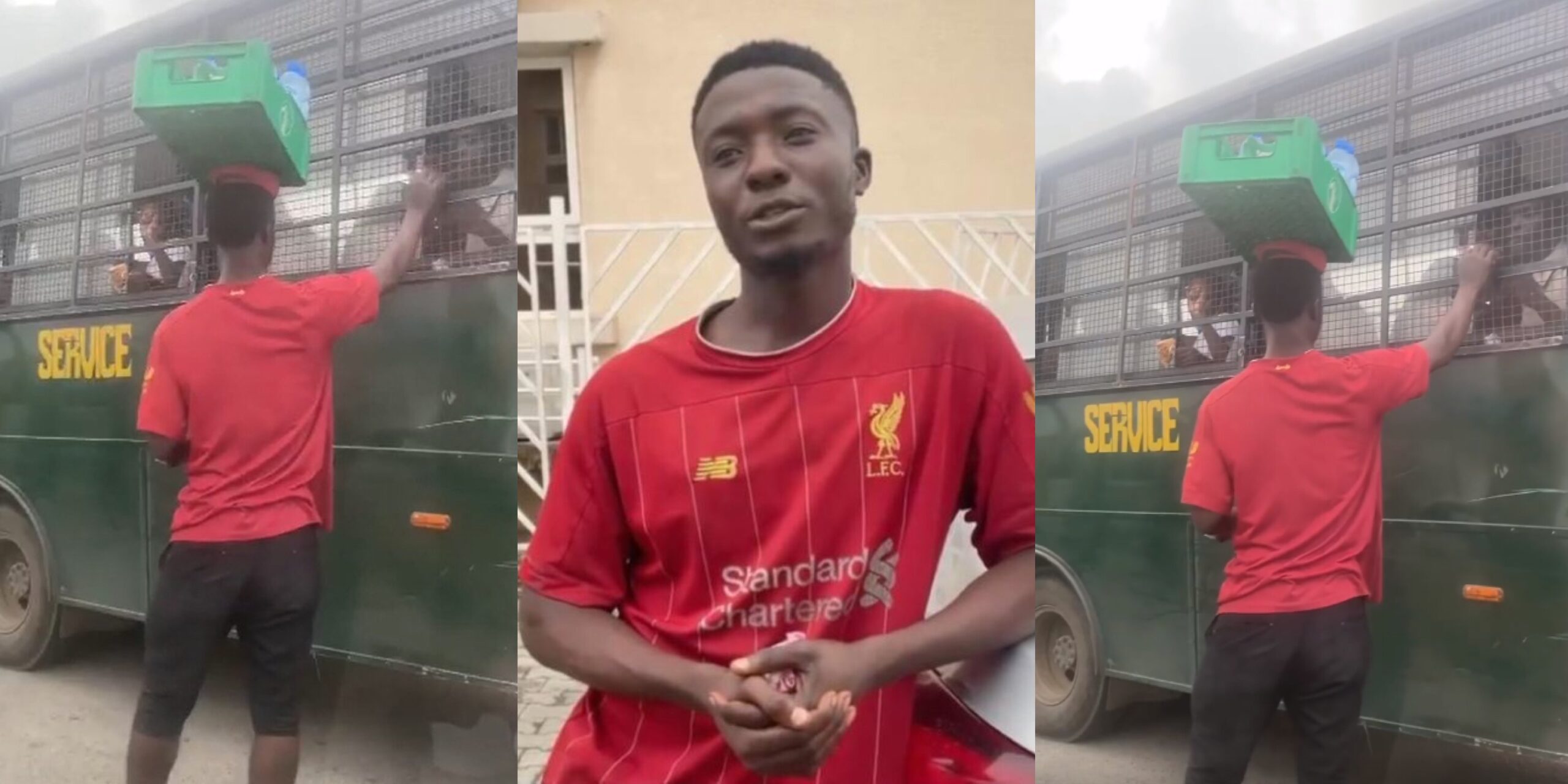 The traffic hawker whose video where he gave handouts to prisoners inside a correctional service vehicle went viral online, has given reasons for the thoughtful gesture. 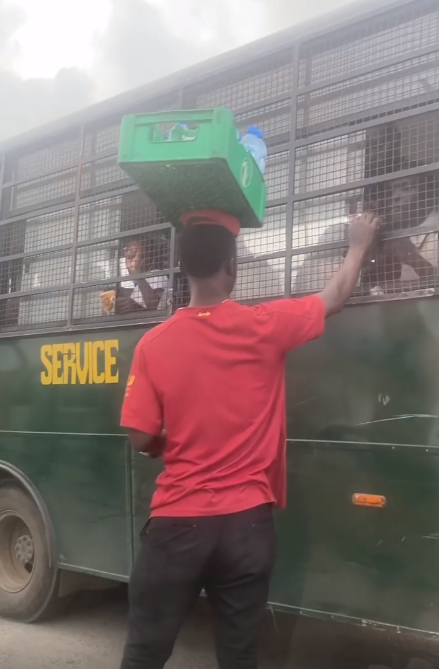 The video of him where he was spotted along Ajah axis of Lagos giving money to prisoners who were being transported in a truck, went viral on social media for heartfelt reasons.

His irregular show of kindness garnered traction on social media which got the young man an interview with a journalist who asked him about the reason for his action.

According to the traffic hawker, unlike the prisoners, he is privileged with freedom, which was his sole reason of giving to them. 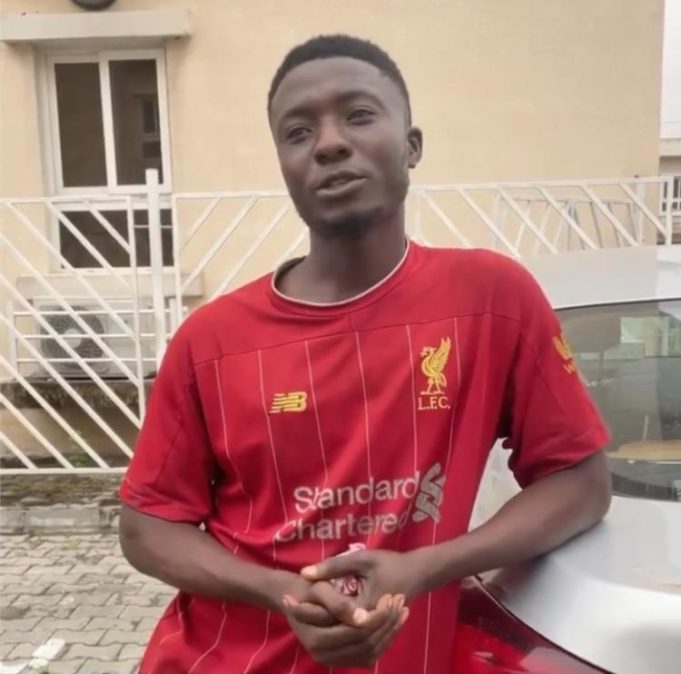 “I gave the prisoners money out of pity, Though I am very poor and sell pure water, I still have my Freedom, I can eat whatever I want to eat and go anywhere I want to go, but the prisoners do not have that freedom,” he said.