Home Trending EVENTS ALERT: Lagos state ready to shut down to its very base...

Africa’s most commercial capital and Nigeria’s center of excellence, Lagos state will be shut down to its very base on the 22ND OF DECEMBER 2021 as Club 183 x Club 101 presents ECCLESIASTES 10:19 (THE PARTY). 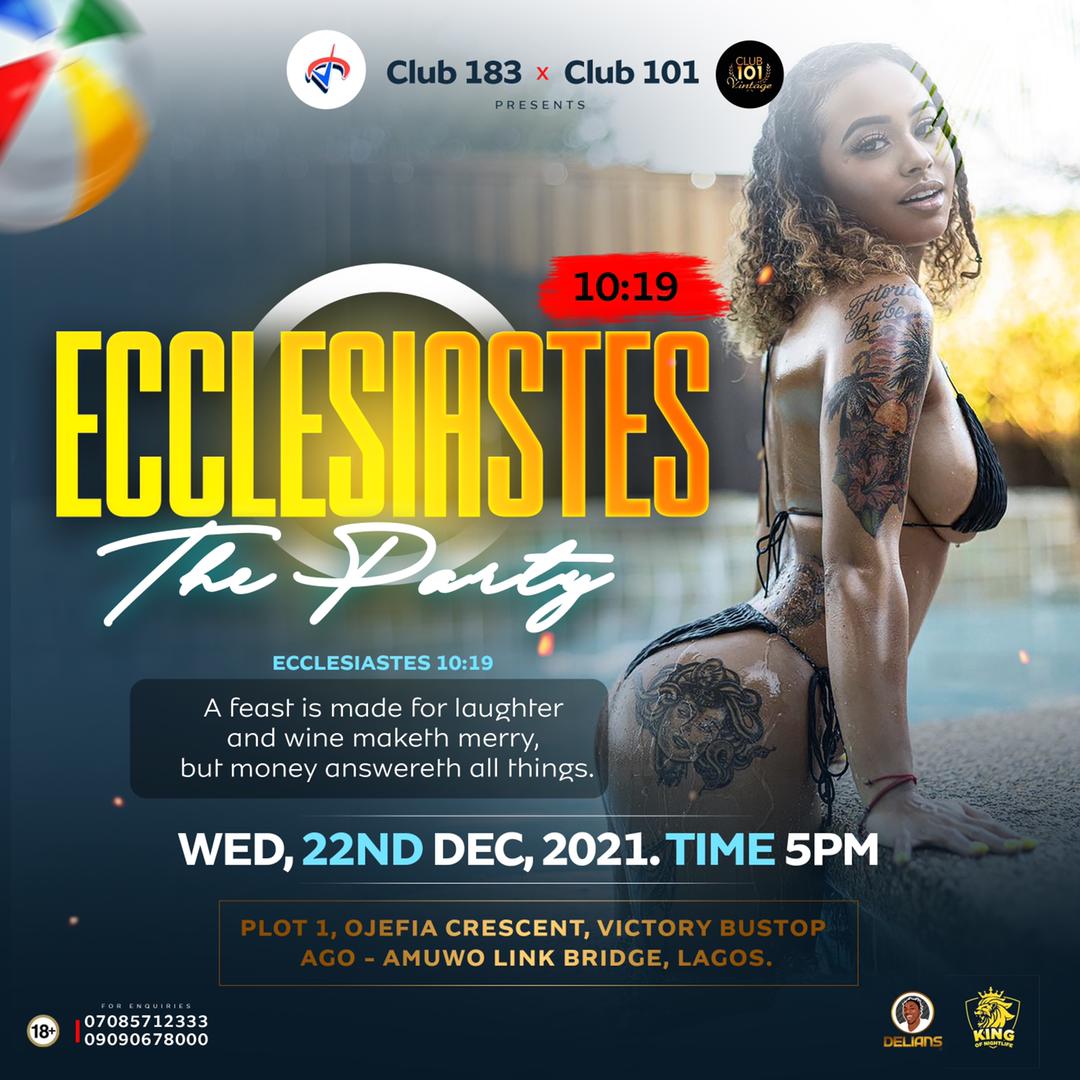 MUSIC, COMEDY and jaw-dropping OFF-BRA BIKINI GIRLS that will be in sufficient abundance as A-line artistes and DJs have been lined up to feed the fun fantasy of lifestyle personalities including the throngs of fun lovers, party goers, celebrities, and socialites.

The pool party is an excellent way to bring people out to enjoy the outdoors. It helps them freshen up, have fun, mingle and connect.

Pool Parties organized by MR EMEKA IGWEIKE fondly called KING OF NIGHT LIFE has recorded an impressive success with a massive turnout of Lagos state celebrities and residents to the venue of the event which was filled with fun and Entertainment.

ECCLESIASTES (THE PARTY) has over the years improved upon this showpiece event and has ensured that each edition outclasses and outguns the previous show thereby creating a wave of anticipation like never before experienced among Abuja socialites and fun seekers.

The synergy between the hosts and her numerous partners and sponsors has been a cordial one over time which has continued to grow and produce more lucrative and juicy partnership and sponsorship deals.

The party has been a landmark event in the social life of Lagos residents for the past half-decade and counting. It has remained one of the most glamourous and colorful entertainment showpieces ever to be organized in Lagos state and remains yet unrivaled by other similar events.