The Federal Government (FG) has allegedly paid the whopping sum of N800m to bandits who recently abducted some students in Niger State. 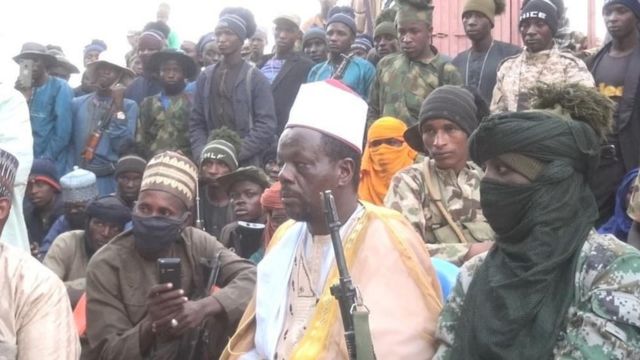 Recall that it was earlier reported that the bandits attacked the Government Science Secondary School, Kagara; Niger State, kidnapping scores of students and staff of the school.

Additionally, the incident, which occurred in the early hours of Wednesday, also saw the death of a student.

Now, indications have emerged that the FG has paid a ransom of N800m to secure the release of the captives. Specifically, sources disclose that the money was ferried to Tagina Forest where the bandits are holed up in.

Furthermore, the negotiations for the ransom was allegedly coordinated by renowned Islamic scholar, Sheikh Abubakar Gumi; as well as the National Security Adviser (NSA), Babagana Monguno.

Consequently, the bandits are said to have freed all students and officials abducted from Kagara.

The official announcement of their release is expected to be made by the FG today.

Popular Islamic cleric Sheikh Gumi, had earlier called on the FG to extend a ‘blanket amnesty’ to the bandits willing to embrace peace.

Also, Sheikh Gumi disclosed that the move would go a long way in resolving the current insecurity.

Equally important, the Islamic scholar disclosed this on Friday while addressing journalists in Minna, Niger State capital. Sheikh Gumi spoke after meeting with the bandits who abducted the staff and students of Government Science Secondary School, Kagara, Niger State.

“The Federal government should give them blanket amnesty. Then if somebody continues, then we will deal with them,” Sheik Gumi said.

Further, he explained that some of the bandits complained that their members are being killed and maimed unjustly.

“The outcome is very positive. We have many factions and each faction is saying I have complaints and grievances. We are persecuted, we are arrested, we are lynched -,” the cleric said.

Meanwhile, news of the alleged payment of the ransom of the sum of N8oom to the bandits by the FG is currently causing a storm on social media.

Accordingly, Nigerians have taken to the micro-blogging site, Twitter to react to the development.

I just joined a band, we call ourselves Bandits, and we collect nothing less than #800m for a show.

Buhari is ready to negotiate with all sort of criminals from the North, ranging from Bandits, Herdsmen, Boko Haram & what have you, but he is not ready to hear IPOB, ESN & armless #EndSARS protestors.#800m is just a compensation, Buhari is selling Nigeria in our very eyes.

Why is this govt doing like this na….. Them for just give the youths the money, we go enter the forest rescue those pikin na………#800m pic.twitter.com/ggBX8Kpno6