A 400 level student of the Federal University of Dutse, Jigawa State identified as Abdul is trending online after he reportedly committed suicide after his girlfriend cheated on him. 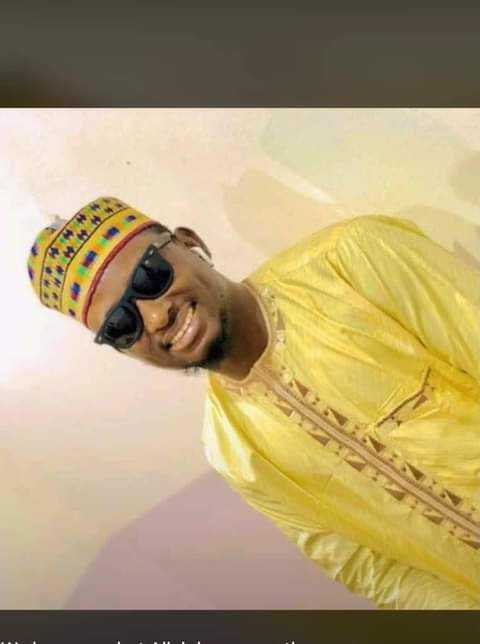 The deceased, a Mathematics student described as a First Class material, reportedly drank a poisonous substance suspected to be Sniper.

According to reports, his girlfriend identified as Rafi’atu, a 200 level student of same institution, allegedly ended their relationship and went to Kano to spend Valentine’s Day with another guy. 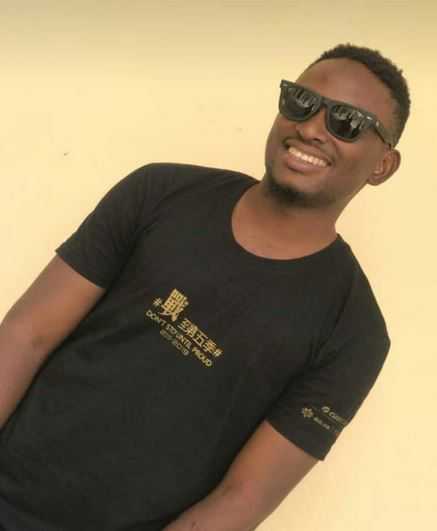 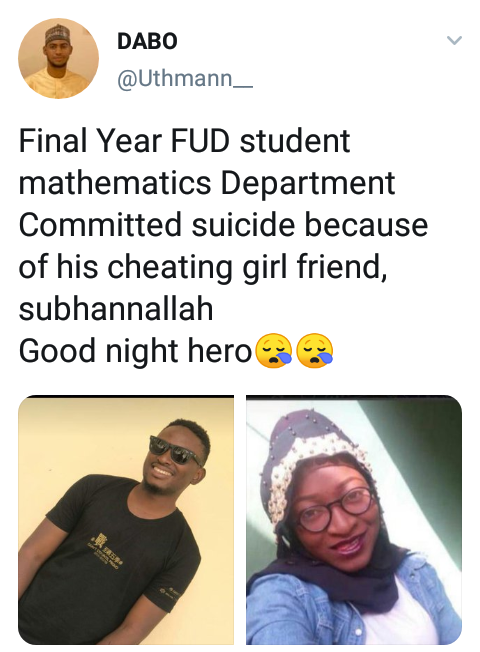 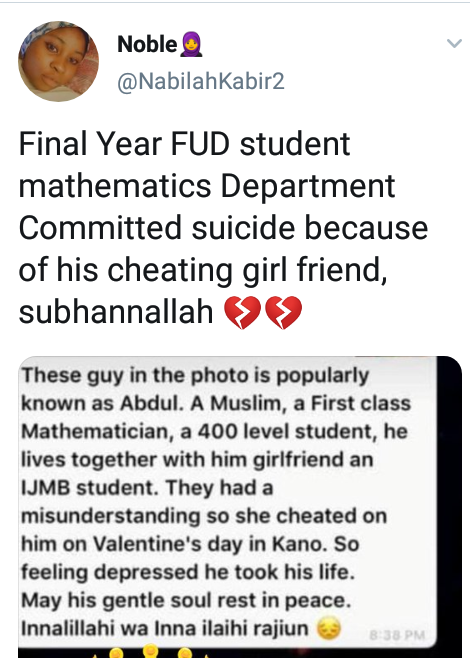 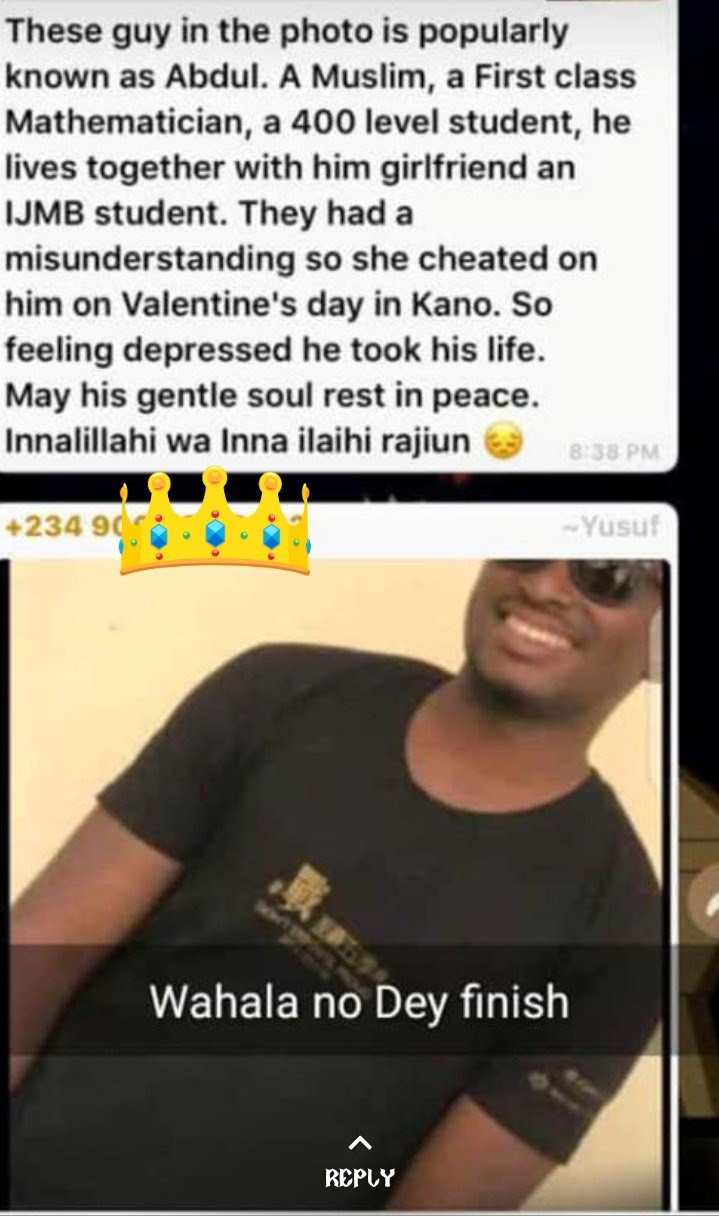