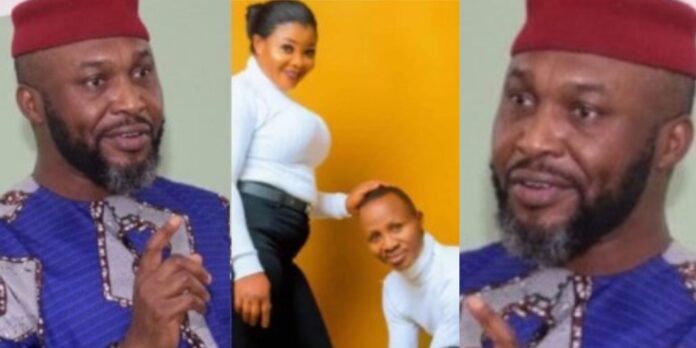 Former Aviation Minister, Osita Chidoka, has called on all Igbos to speak up against the wanton killings recorded in different parts of the South East. 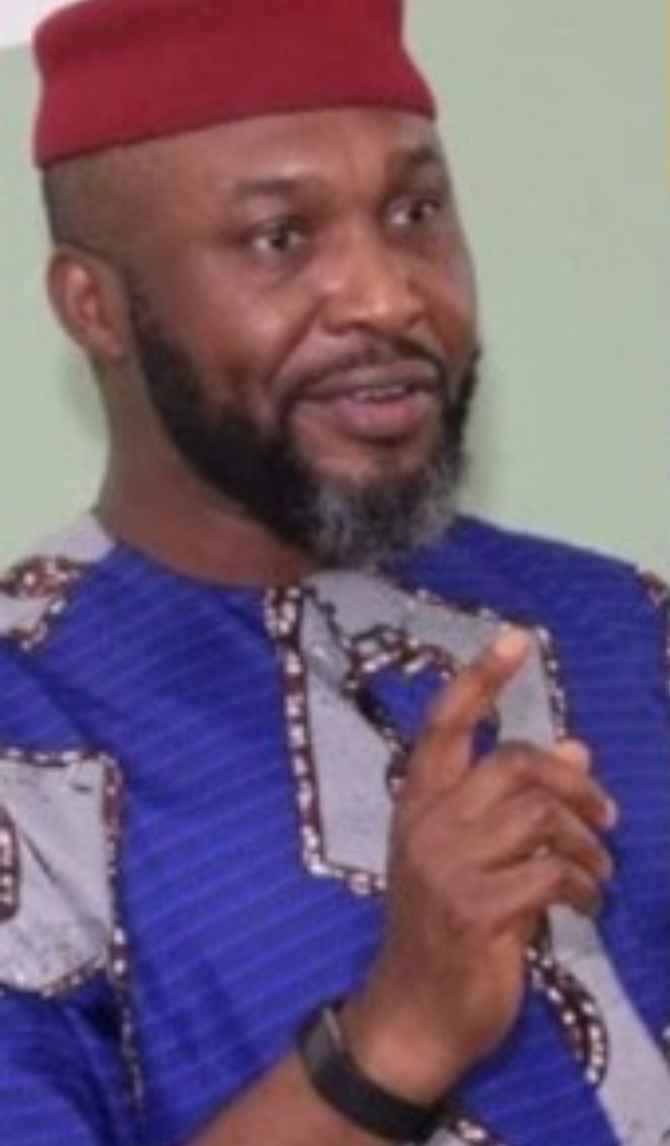 Chidoka made the call after watching the video of the gruesome murder of the military couple beheaded by unknown gunmen in Imo state.

In his post shared on his Facebook page, Osita stated that the blood of the woman who is also an Igbo woman will cry for justice from everyone.

”I am distraught. I finally saw the alleged video of the killing of the Army couple. Sacrilege. Desecration of Igboland.

If the gruesome murder was because they were Nigerian soldiers, then we have hit a new low. Killing a woman whose crime is that she has a job to keep body and soul together is tragic and unpardonable.

Our culture and spiritual belief system do not permit the killing of Women, Nwa okpu. No. No. No. It is evil. Evil has entered our land.

Many Igbo societies suffered for the kidnap and selling of their people during the slave trade era. Our forebears will turn in their graves, as the foundation of our community has been violently shaken by misplaced anger.

We have entered a high conflict stage, where all forms of evil are perpetrated and condoned under the guise of a fight for justice—Ndi Igbo okwa alu mee.

The blood of the young Igbo woman beheaded by a man born of a woman will seek justice against all of us. We need to wake up now and reject evil no matter the guise.

All Town Unions, Traditional Rulers, Church leaders, women societies, and right-thinking Igbo people should speak up now. It is wrong to kill people for who they are or where they work. We need to talk to ourselves seriously. This is not who were are.

We are a civilised culture. An itinerant people that welcome visitors. We are a tolerant people capable of living with diverse opinions, hence our slow adoption of monarchy. We are respectful of women and disadvantaged groups. We are Igbos, who destroy deities that become unreasonable.

Globally killing unarmed people is a crime against humanity. Killing a woman or child is an abomination in Igboland. Recording that video and sharing it demeans our civilisation; it goes against our heritage of respect for human life ~ Ndubuisi. 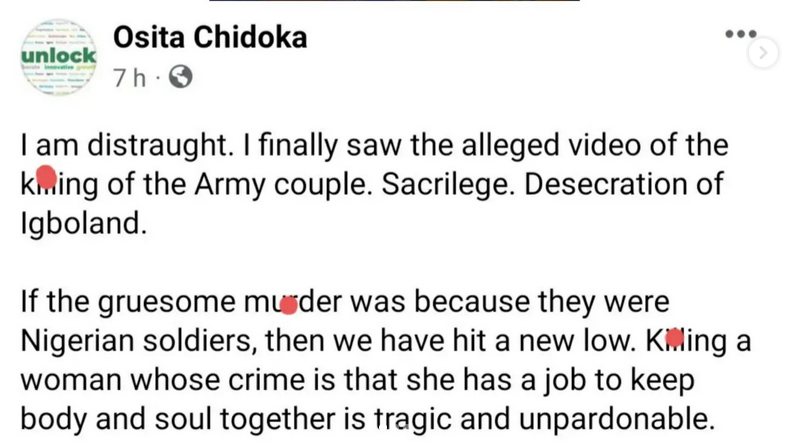 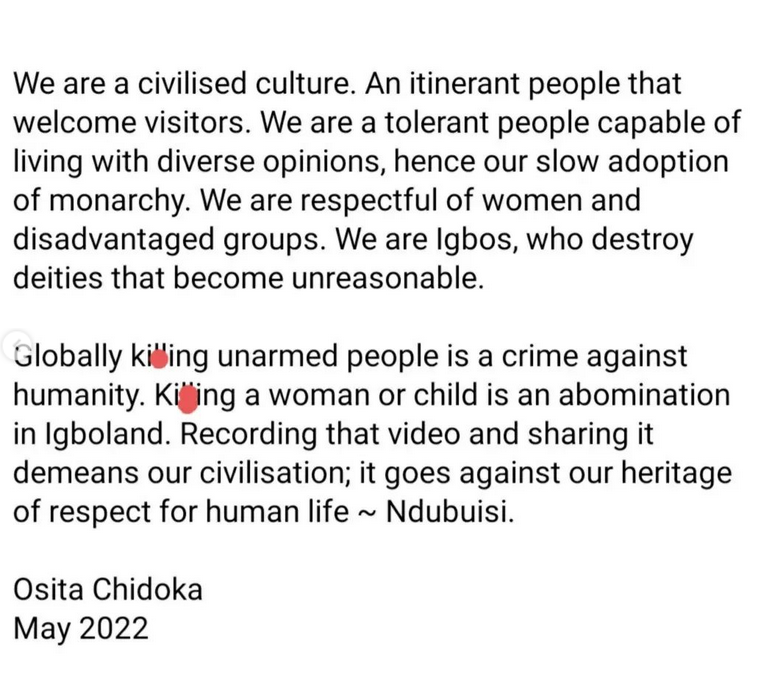