Home Uncategorized Grammys: Singer Simi reacts to claims that she shaded Davido in her...

Simisola Kosoko (née Ogunleye; born April 19, 1988), better known by her stage name Simi has reacted to social media claims that she shaded Davido in her congratulatory messages to Wizkid and BurnaBoy. 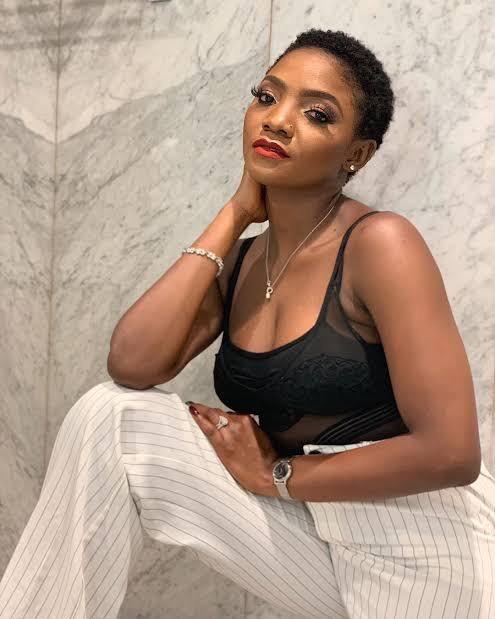 Burnaboy and wizkid were one of the top winners at the just concluded 2021 Grammy Award.

However, Simi was dragged on Twitter after she ended her congratulatory tweet with popular slang of Davido ‘E Choke” and a fan claimed she was shading Davido. 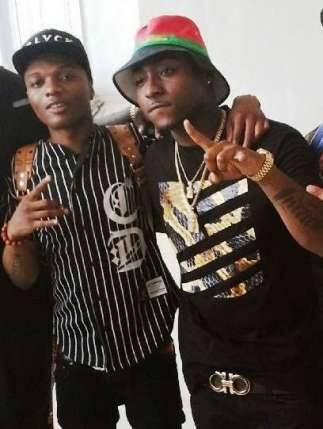 Reacting to the claims, the beautiful mother of one said the tweet was not meant to shade Davido but to celebrate the winners.

Simi reiterated her love for Davido, adding that she would gain nothing by throwing jabs at Davido. 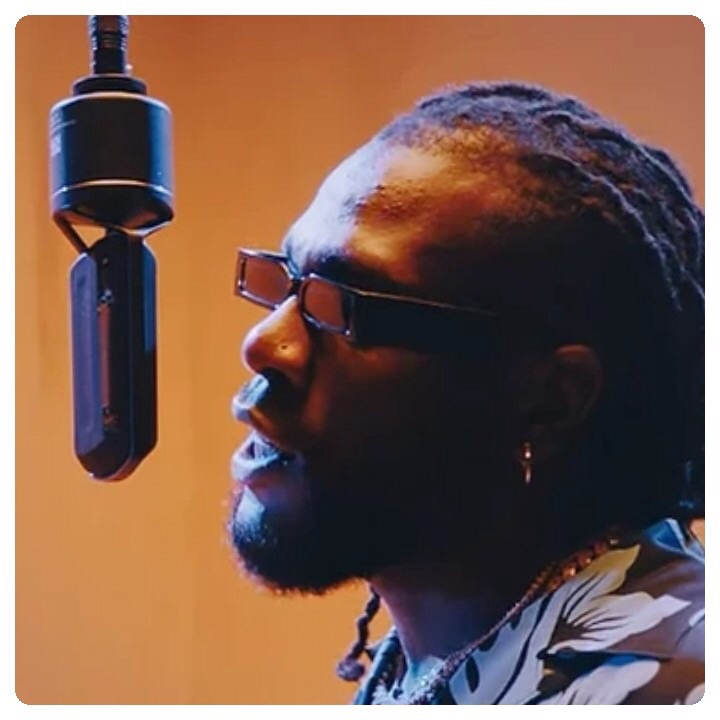 In response Sim wrote: Loool ffs I LOVE Davido and I LOVE Wiz. I was just celebrating the winners and used the slang just as a slang.

A friend said i should remove it cos fans thought it was shade and so u did. It didn’t even occur to me at all. What would be the point of shading either of them?? To what end? 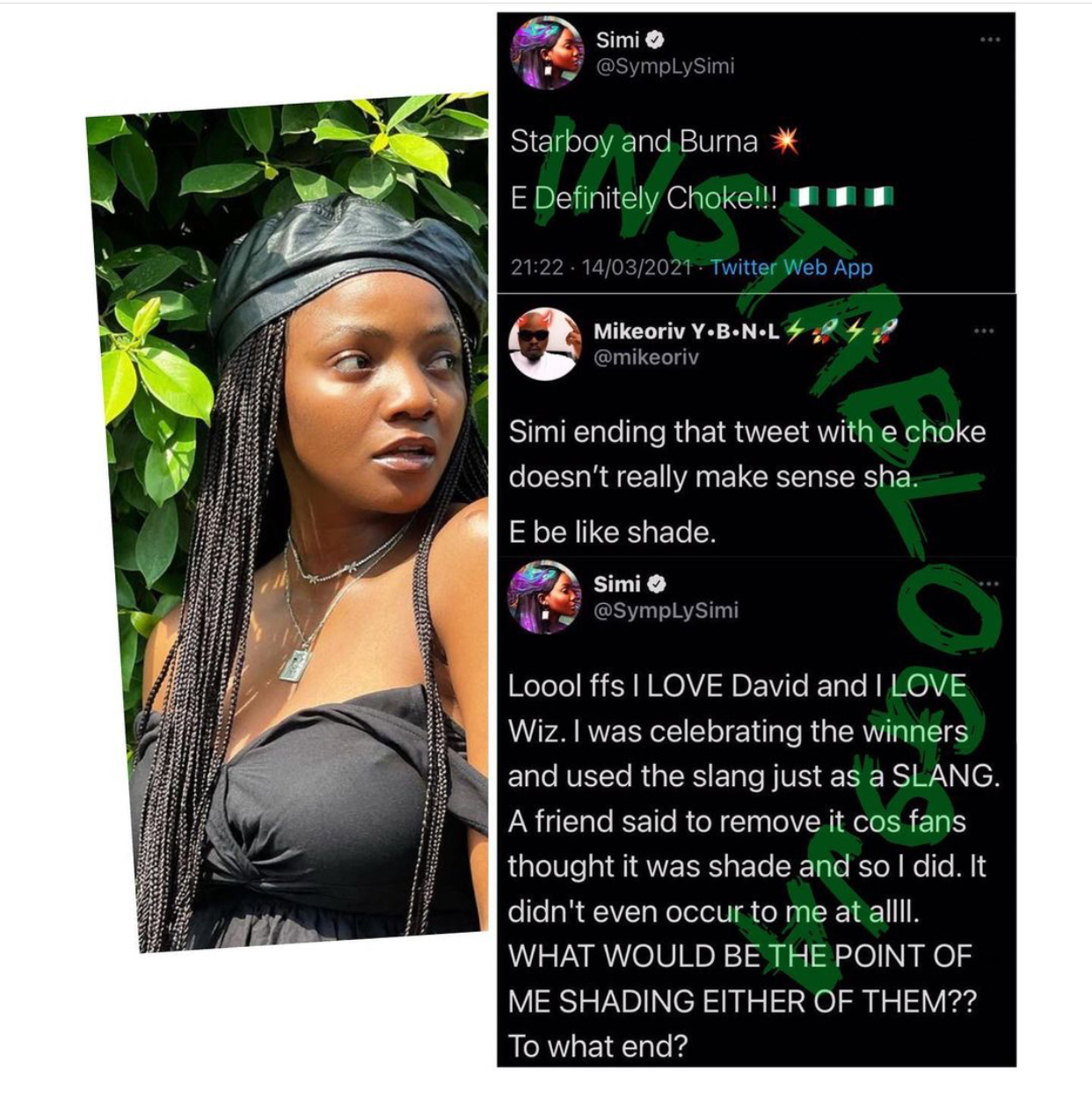