A Russian woman named Marina has expressed her love for Nigerian music superstar, Flavour and showed off the tattoos of Flavour on her body. 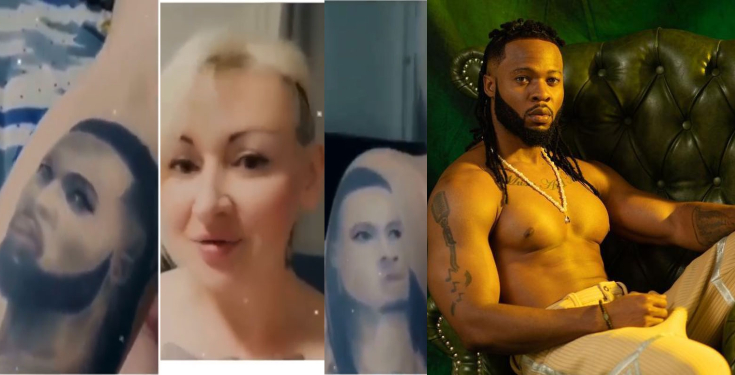 The white woman who lives in Moscow revealed that she has been a fan of Flavour for a long time and he loves his music.

According to her, in demonstration of her love for Flavour, she tattooed images of Flavour on her body and she revealed that the first tattoo was done in 2015 and the second done a few days after.

Marina hailed the ‘Ada’ hitmaker as the best musician in the world and she excitedly flaunted the tattoos both on her arm as she expresses her love for him.