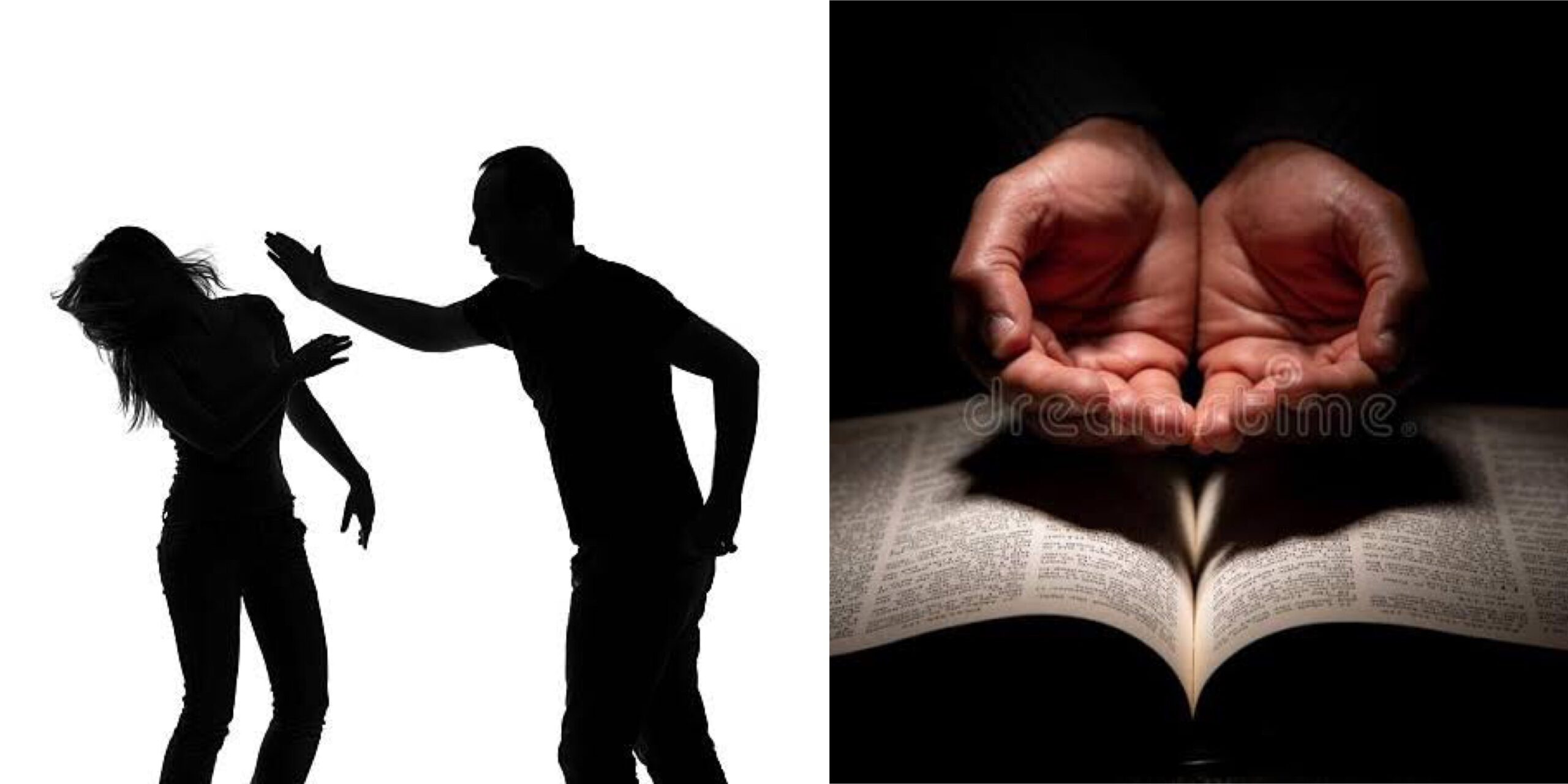 The well-known Sociavangelist and Christian Therapist, described how the Holy Spirit woke her up with a slap to help a trapped neighbor. 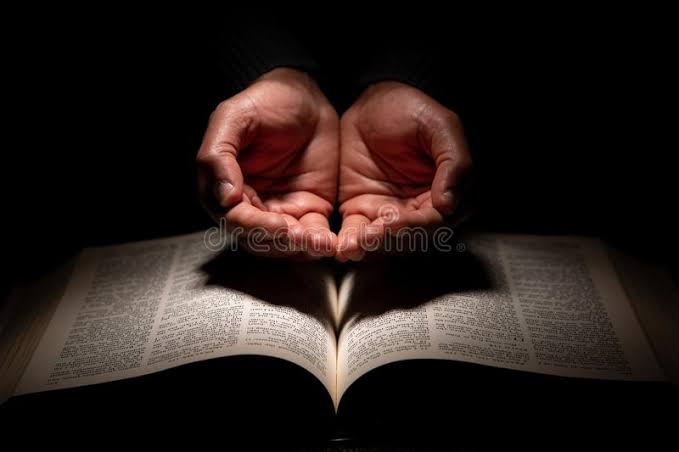 This information was shared in a Thread on her Twitter handle.

“Something Happened this evening, I’ve been tired, have been brainstorming on April’s Devotional. So I decided to take a nap.

I really don’t know how long I slept, and suddenly I felt the sharp slap from my sleep.

I woke up suddenly, and I used 30 sec to check if I was still
Alive, felt the strong urge to step outside, despite no reason at all.

It did happen that my neighbour locked herself in, and the door can only be opened from outside, and she’s late for her appointment.

My face was swollen from the effect of the sleep, she said Holy Spirit woke you right?

I said Nah, he slapped me.

Her response was, you were sleeping too hard, I’ve been praying almost for 45 min.
We both laughed so much because the Holy Spirit told her I was sleeping but was going to wake me up for her urgent situation.

f he would inconvenience or interrupt me for his daughter, he will always take care of me.
Holy Spirit is talking to about you to someone. 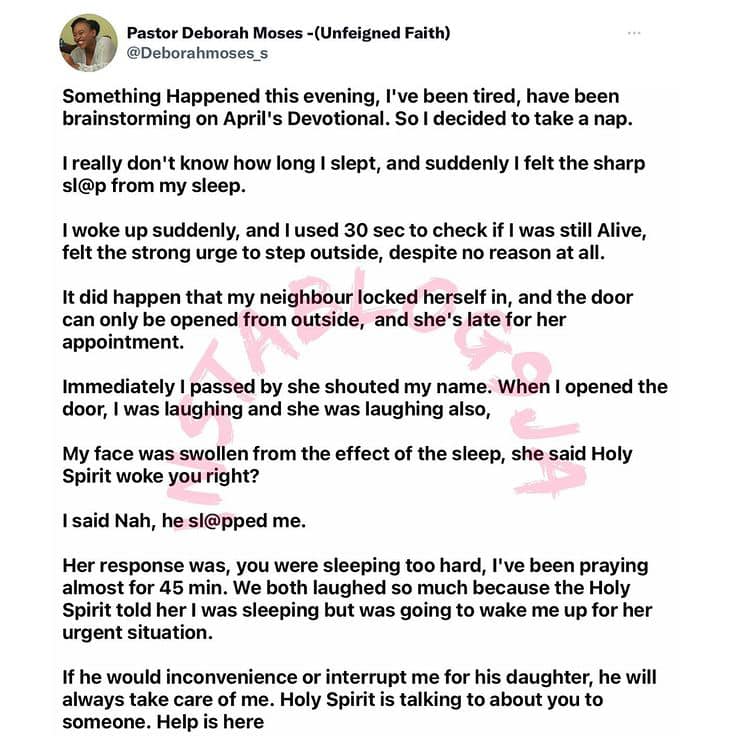