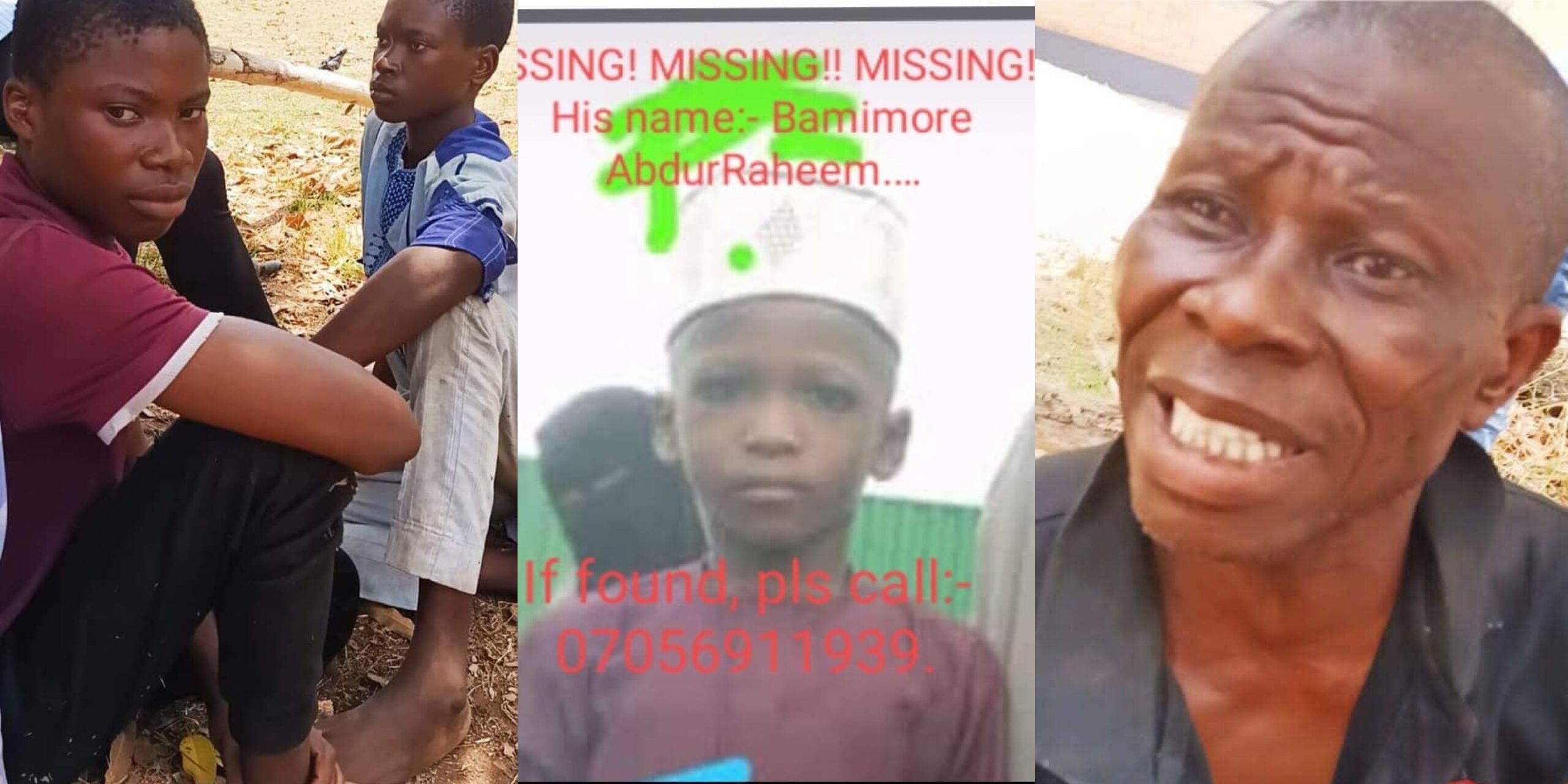 Three teenagers, who were arrested by the police in Oyo State, have narrated how they k!dnapped and murdered an 8-year-old boy in Saki area of the state.

The suspects were arrested alongside their father, a rat killer seller, AbdulRasaq Padun, 70, on Monday, March 7, 2022, three days after the deceased, named Raheem Bamimore, was declared missing on Friday afternoon, 4.

It was gathered that the suspects had kidnapped the deceased victim at his parents’ gate, while he was returning from school.

The suspects’ father later dumped the lifeless body of the victim at an uncompleted building at Alubarika area, on Sunday, March 6, where it was recovered by the the police.

Parading the suspects in Ibadan, on Wednesday, March 9, the Commissioner of Police, Ngozi Onadeko, said, “Upon interrogation, two of the suspects, Abdulrazak Waliu, aged 23, and Abdulrazak Illias, 18, confessed to have conspired to k!dnap the victim for ransom, but eventually k#lled him because he (victim) recognised and could identify them.”

Speaking AbdulRasaq said, “I planned with my younger brother, Ilias, to kidnap Abdulraheem Bamimore to collect ransom from his parents. He was coming from school when we stylishly asked him to get us water. When he came back with the water, we took him to a building near our parents’ house which had been completed but not yet occupied.

We tied his hands and legs and asked him whether he could recognise either of us, to which he answered in the affirmative. We then thought that if we released him, he would go home to tell his parents about our plans for him and they would ask police to arrest us. That was why we decided to po#son him.

This is the first time we will carry out the act, though we had been thinking about it and discussing how to perfect the plans. We asked the first child we targeted whether he could recognise us and he said yes, so we left him. We killed Abdulraheem because we did not ask him initially, until we tied his hands and legs. If we had asked him before tying him, we wouldn’t have killed him.