Movie producer and actress Halima Abubakar has turned her rada of violence to actress Cossy Orijiakor a few hours after she heated up on Bobrisky. 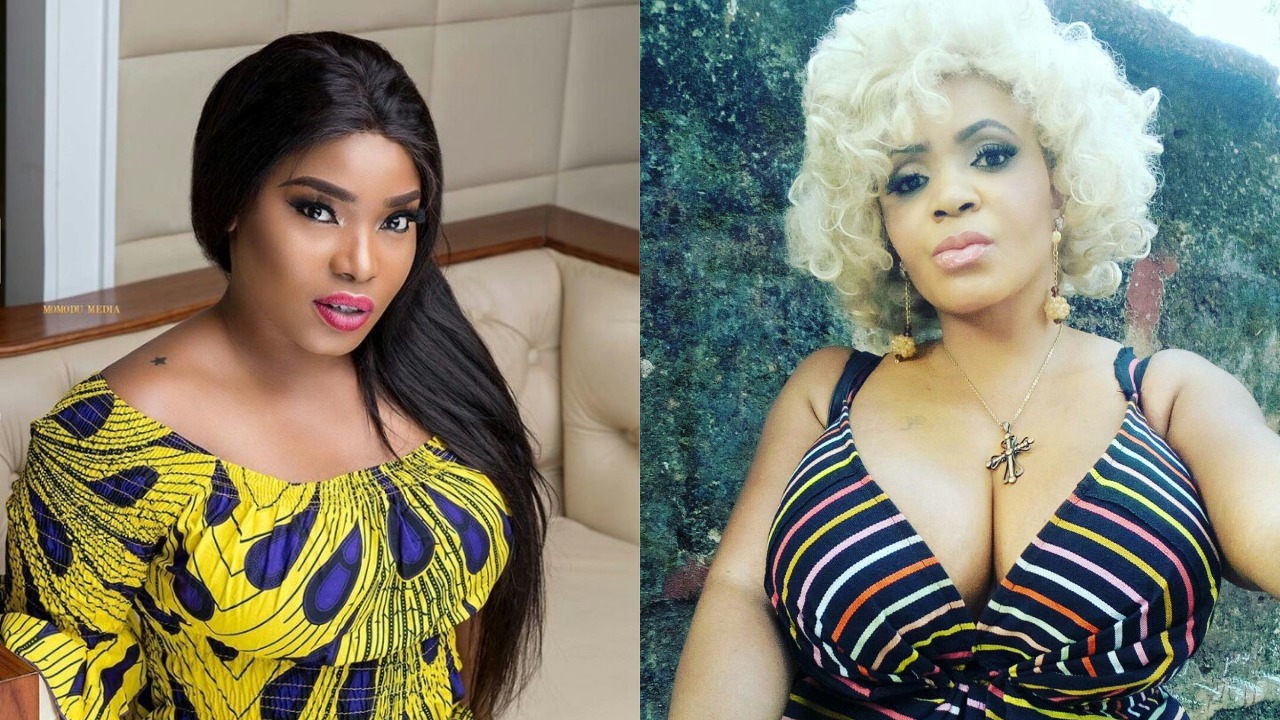 Halima Abubakar who has sworn in a few days ago to expose all the “frienemies” has begun revealing some secrets and gists that will be of interest to the public.

Halima Abubakar started her verbal fight with controversial Nigerian crossdresser Bobrisky and has landed her violence on actress Cossy Orijiakor.

Halima Abubakar in the early hours of April 18th, 2020, Sunday shared some old WhatsApp chat she had with Bobrisky who was raining insults at her. This is because Bobrisky claims Halima Abubakar has allegedly blocked him on Instagram.

In a new development, Halima Abubakar dropped some gist and gossip Bobrisky told her about his former friend Tonto Dikeh and Toyin Abraham. She called Bobrisky a fool and asked him to free his penis.

In a new development, Halima Abubakar has turned her rada of anger to her former friend Cossy Orijikor. This comes after a fan slammed her over her refusal to forgive Bobrisky for two years, meanwhile, Halima also spoke ill things about her former friend Cossy. The fan wrote, “if you be God, u nor go forgive person oh…. at least he apologized. Have you apologized to cossy barbie for what you did to her in the past?

In response to the fan’s comment, Halima replied, “oh see you believe it. see how daft you are? I said everyone must collect. wait for her turn. she is not important. Not someone I accommodated and fed for 1 year”.

Cossy and Halima clashed some time back after she claimed Halima broadcasted to everyone that she slept with a dog. This issue caused the breakup of their friendship.