Home Entertainment News I do not believe in Islam at all – Reno Omokri hits...

Ex-presidential aide Reno Omokri has slammed a Muslim follower who asked why he won’t convert to Islam. 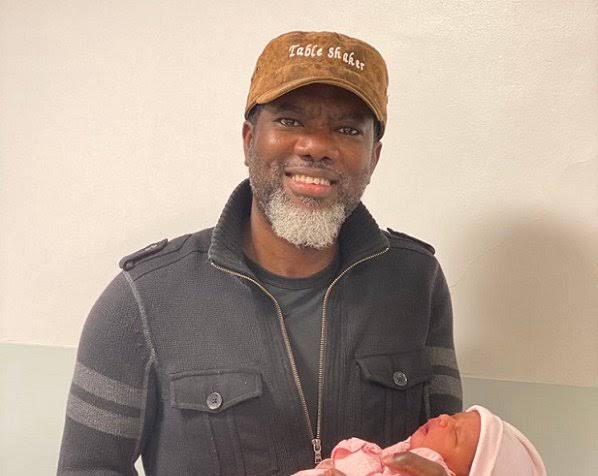 Reno had shared some knowledge about Islam with a follower and another follower asked why he knows so much about Islam but won’t convert.

“You knew all this in Islam, why don’t you convert to Islam?” the follower wrote.

He told her it’s people like her that make religious coexistence difficult.

He then added that “empathy is not sympathy”

He added that he doesn’t believe in Islam at all.

He also asked God to strike him dead if he ever calls on any name other than the name of Christ. 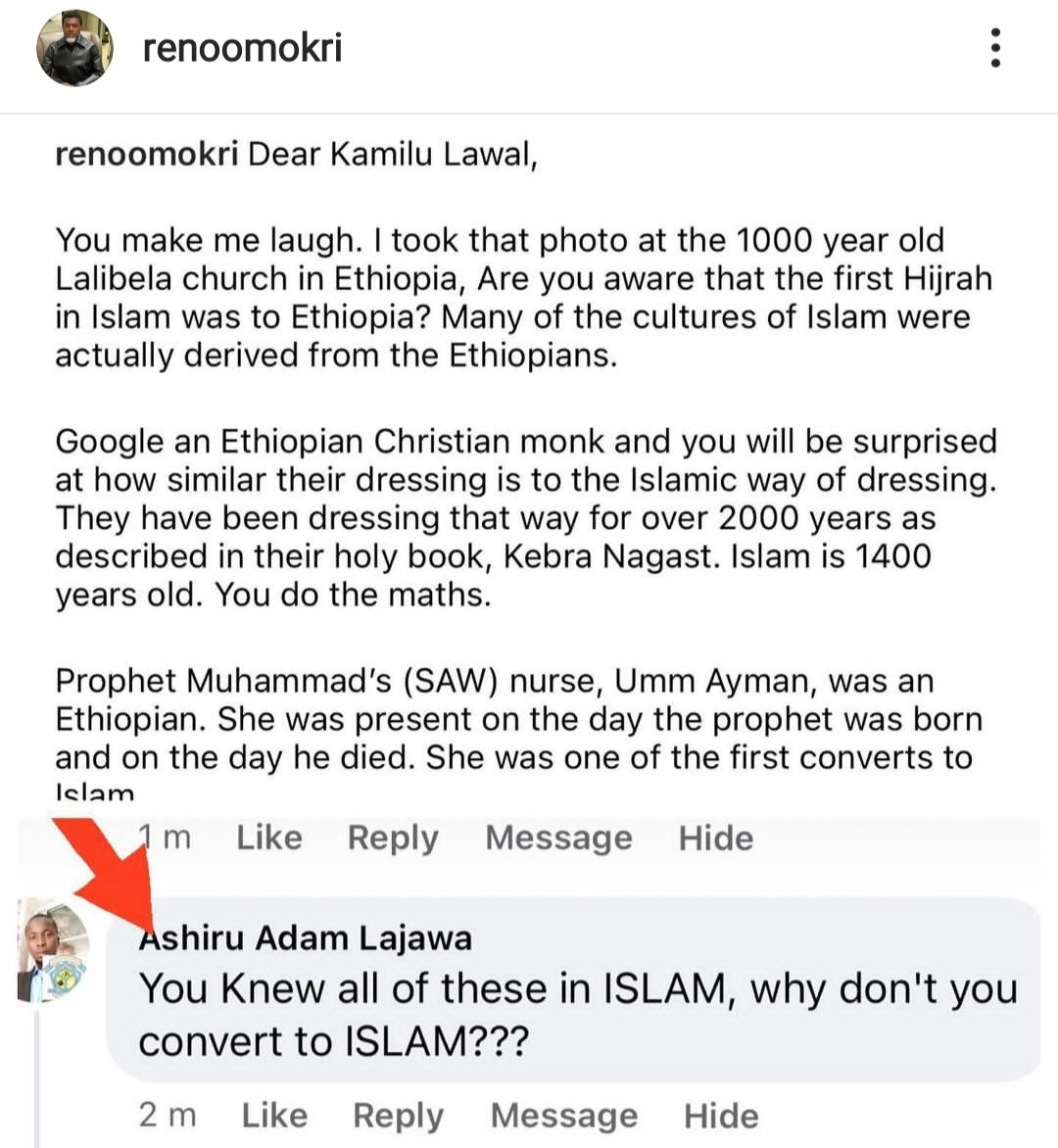 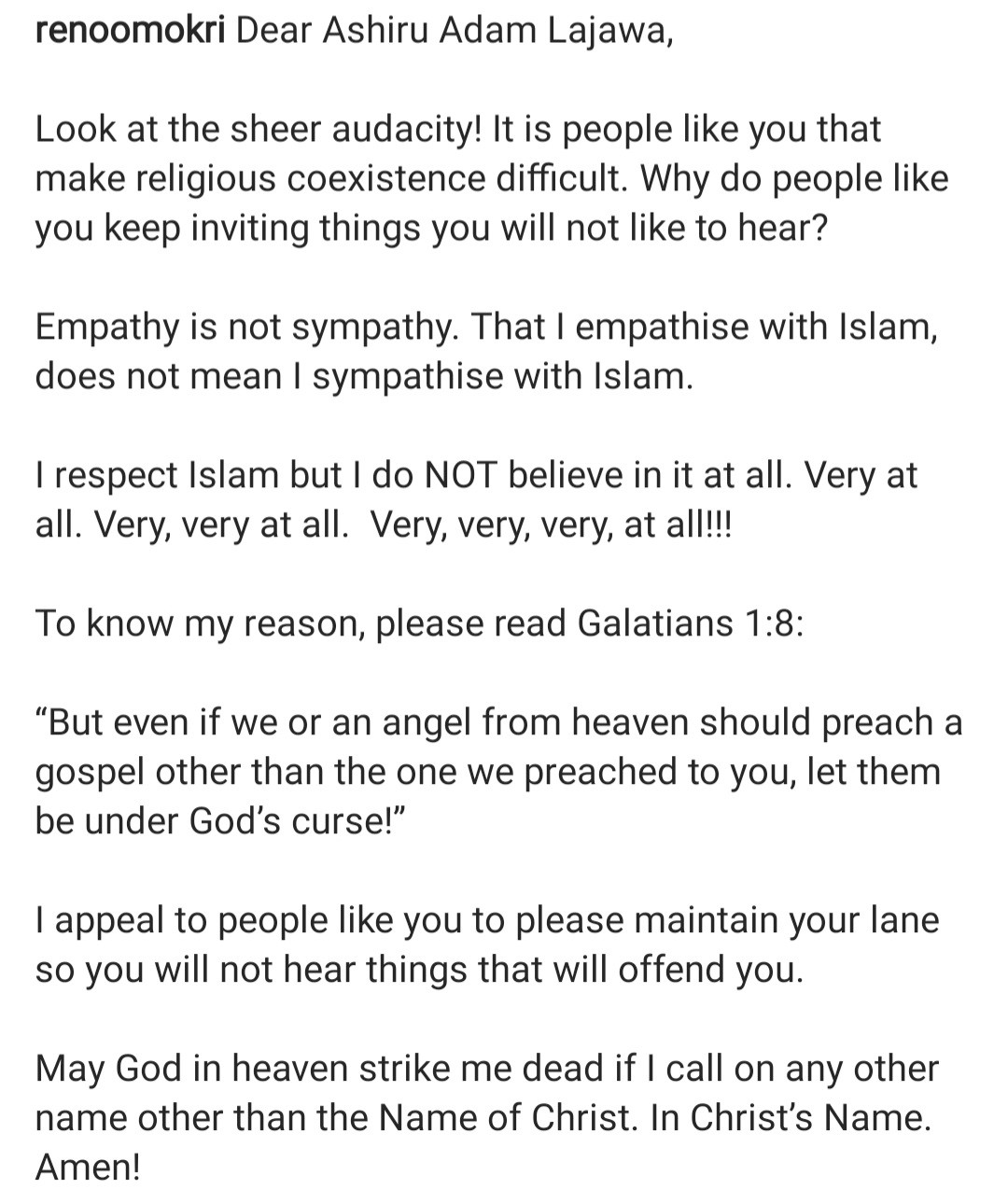