Home Uncategorized “I forcefully slept with her, collected ransom before releasing her” Driver who...

It has been alleged that the operatives of the Ogun State Police Command have successfully arrested the 32-year old man, whose name was given as Tunde Bello, for kidnapping his female passenger who boarded his car and forcefully sleeping with her. 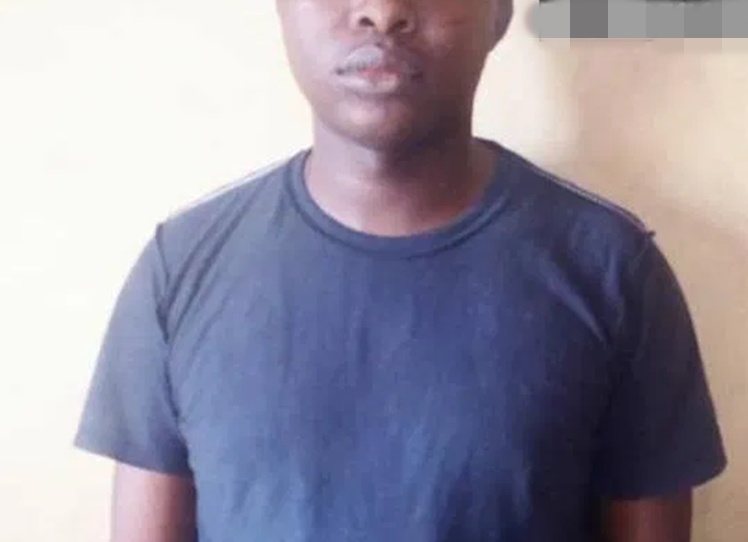 According to what the Police Public Relations Officer for the Ogun State Police Command, DSP Abimbola Oyeyemi told press while addressing them during the parade yesterday, it was made known that on the 17th of September 2020, around 5 a.m. in the morning at Mowe junction, a lady boarded a Hyundai car that was going to Lagos, but after some minutes, the driver detoured back to Ibadan route and took her inside a bush along Lagos – Ibadan expressway and forcefully slept with her, after beating her mercilessly.

After forcefully sleeping with her, the driver told her to call her family members, that they should send the sum of on N140,000 to her own account and when they sent it, she transferred the money to him and he allowed her to go.

After this, the lady went to Mowe Police Station to report and since then, police were tracking him before he was finally arrested on the 16th of January and paraded yesterday.

If He Has A Job And Receives Minimum Wage, He Is Not Broke – Cardi B Explains What It Means For A Man To...

“I Am The New Cure For Depression In Nigeria” – Singer, Bella Shmurda Declares