Popular On Air Personality, N6 in a recent statement has stated that he detests fame simply because it does not permit celebrities to cheat in peace.

The media personality made this known while reacting to the cheating claim made against singer, Adekunle Gold.

An Instagram blogger had reported the news earlier on Monday and it immediately went viral across diverse social media platforms.

The allegation sparked reactions on social media as fans of Adekunle Gold rallied around him stressing that it’s a lie.

The OAP also waded into the situation to give his opinion. 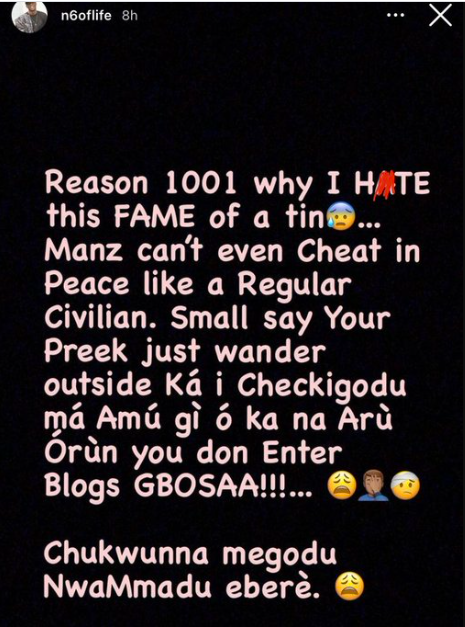