Winner of the second edition of the Big Brother Naija (BBNaija) reality show, Efe, has issued an official statement after he was accused of being rude to a top executive in the Multichoice organization. 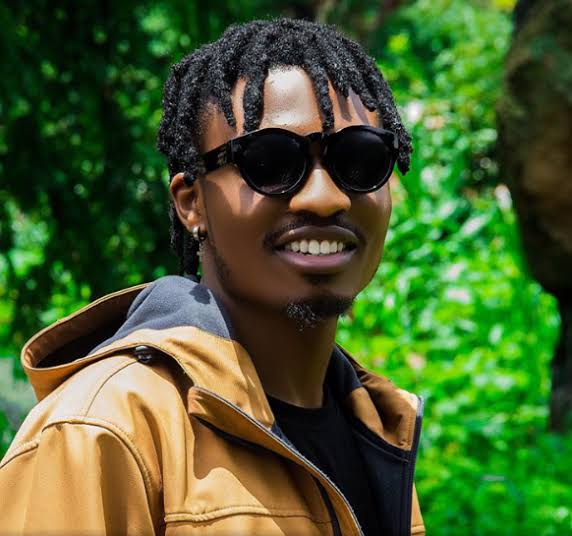 Recall that some weeks ago, we reported that a concerned fan of the reality star took to social media pleading with executives of the organisation to forgive Efe’s shortcomings. The individual also mentioned how Efe had been completely sidelined from the activities of the organisation.

Reacting to the viral post, media personality Noble Igwe disclosed that Efe had reportedly refused to come out at an event until the top boss arrived. 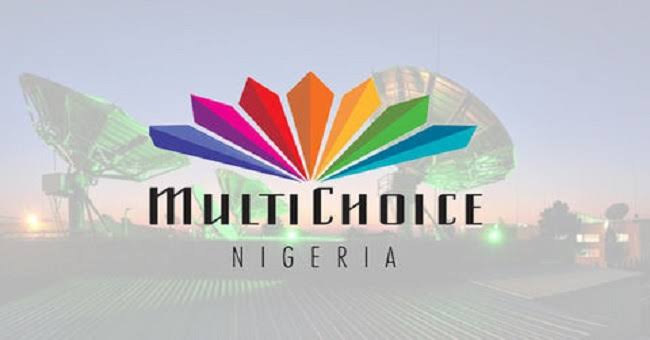 Well, in his recent statement, Efe made it clear that nothing of such happened as well as other narratives that have been making the rounds online.

According to Efe, he is from a humble background and feeling too important or egotistical in nature has never been attractive to him.

“Unnecessary ego-boosting protocols or feeling of too much importance have never been attractive to me given my humble background.”

The reality star went on to reiterate that whatever Noble Igwe said never happened.

In a different portion of the statement, Efe extended his unreserved appreciation to the Multichoice team for giving him a platform to showcase his talent as a music artiste.

He categorically made it clear that he still has a cordial relationship with members of the organisation.

Read the full statement below: 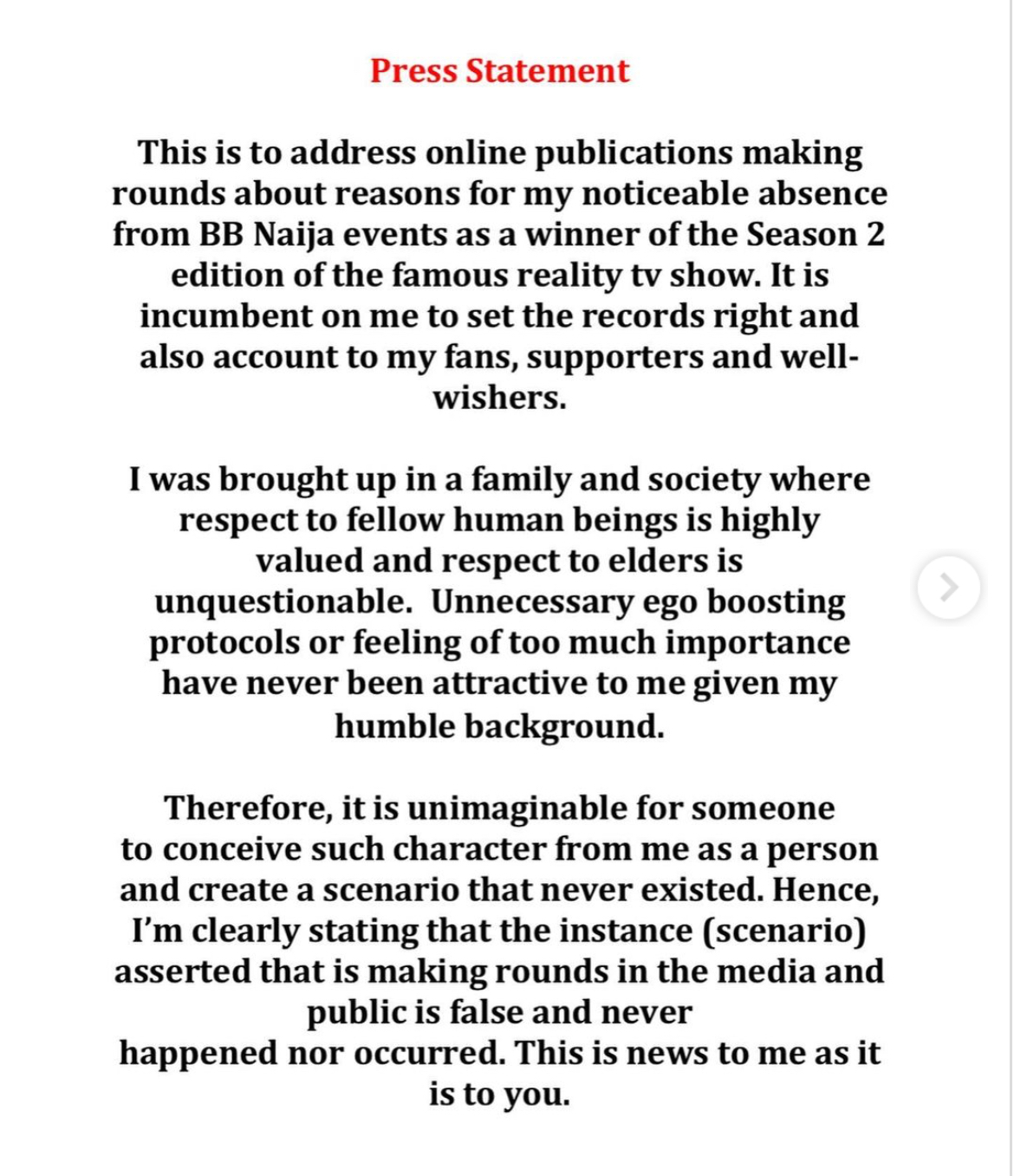 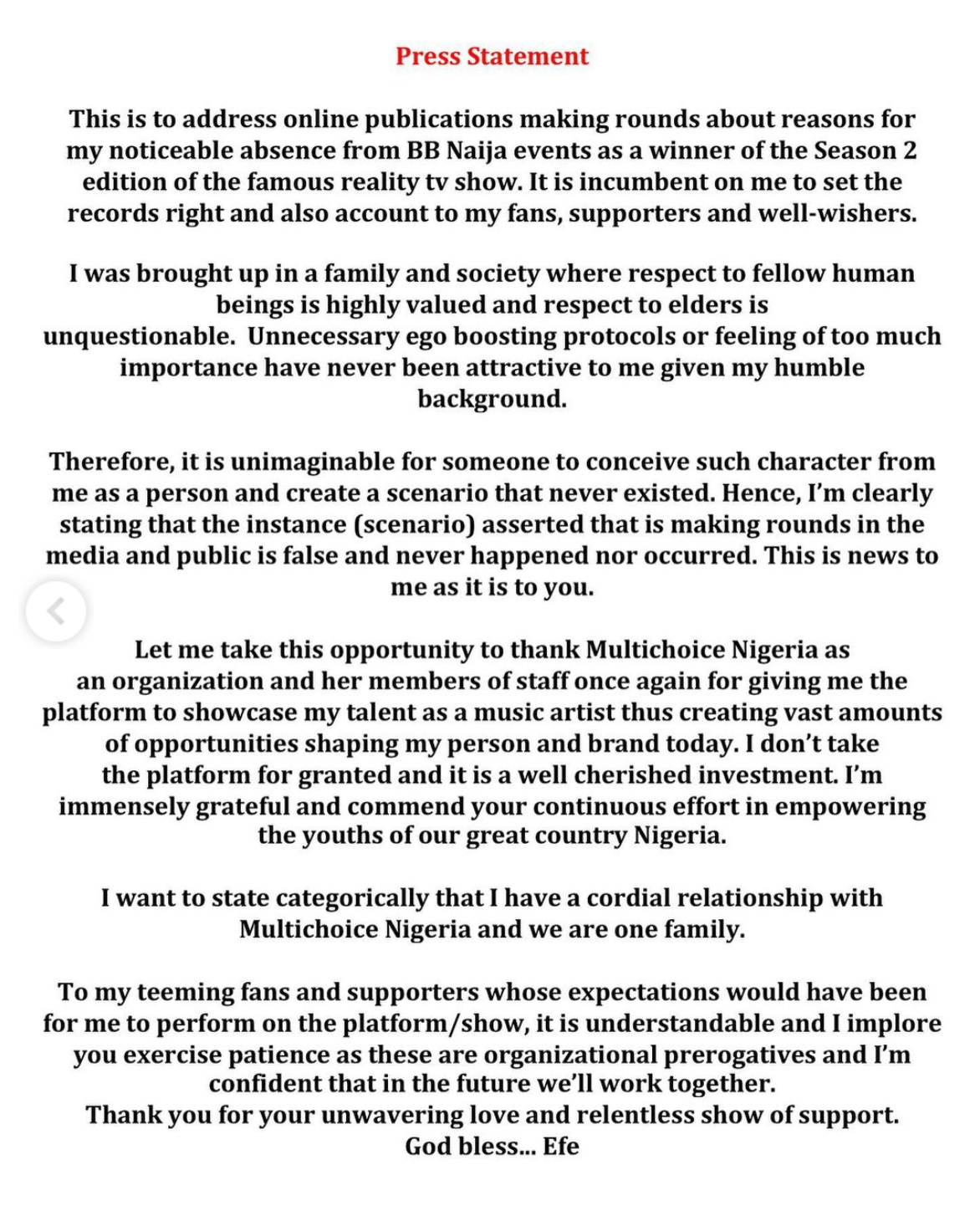 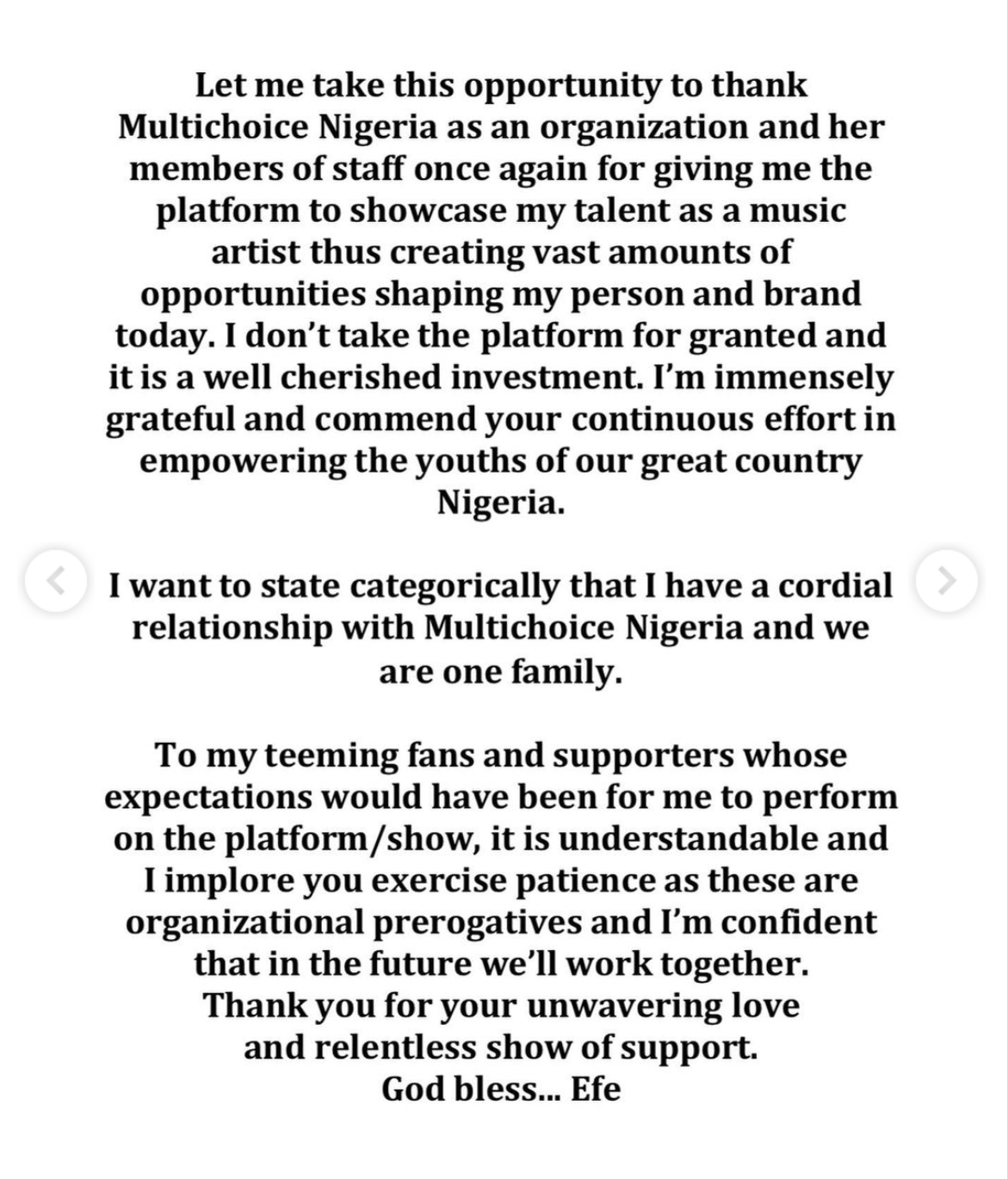