Home Gossip I Regret Eating That Yam And Egg -Man Cries Out After His...

Relationship expert, Joro Olumofin shared the story of a cheating married man on his Instagram handle who ate yam and egg prepared by his wife after she discovered his extra-marital affair.

According to the story, the man has been having an extra-marital affair with another lady for two years.

Upon the wife’s discovery of the illicit act, she forgave him and still resumed her wifely duties.

According to their tradition, she prepares yam and egg on Sundays, which she made for him after the incident.

Afraid that he might have been poisoned, the man cried out to Joro, though his health is still intact.

Read the story below; 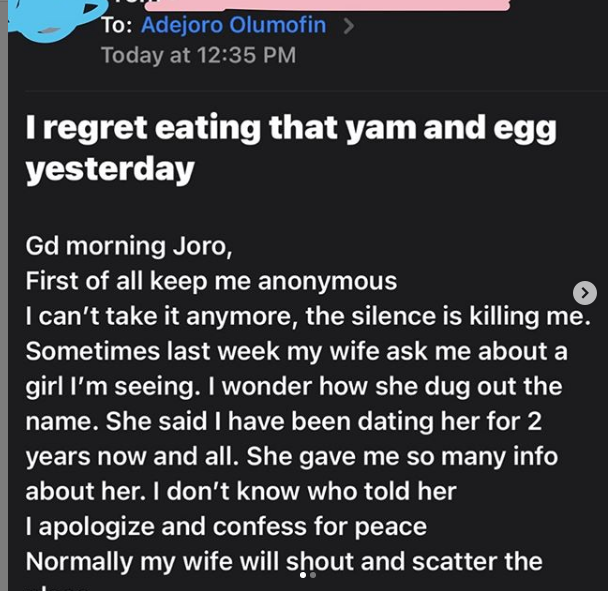 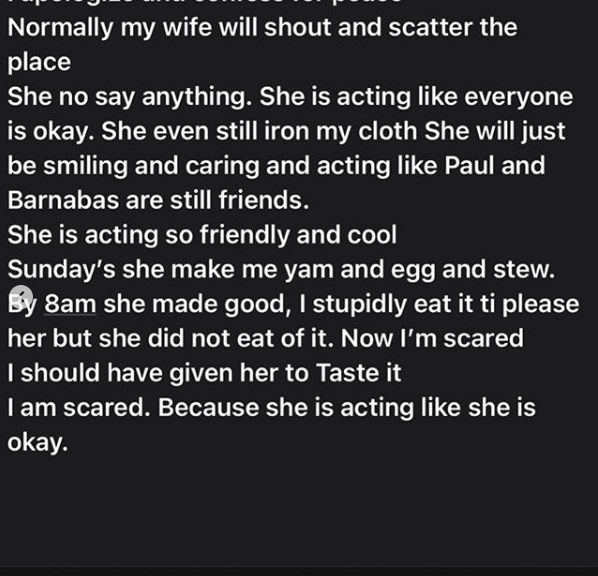