Home Gossip I Sent Her N27K For Transport, Pizza And Ice-Cream But She Didn’t...

Popular relationship expert, Joro Olumofin took to his Instagram handle to tell the story of a young man who sent N27,000 to a babe, who didn’t show up.

According to the post, the man who is now in a serious dilemma said the act of this girl is ruining the chances of other ladies.

He recounts how he was a scammed by an unknown Yoruba girl whom he has been chatting with for about two months now and finally, she told him she wants to visit.

The young man narrating his ordeal said he sent the sum of N15,000 to the lady to make her hair.

He further explains that he later sent her another N12,000 for her transport fare and also to buy pizza and ice cream on her way coming.

In a voice of regret to the relationship expert, the young man exclaimed that the girl, pizza and ice-cream, never showed up.

Trying to reach her through her mobile phone, she didn’t pick, she later diverted his call to another number, he further narrates.

Still hoping she would come, he went to stand outside his gate in case she shows, he didn’t see her. After about an hour, he gave up.

The man finally concluded that he can never trust any lady monetarily again. He has lent his lesson.

Read the story below; 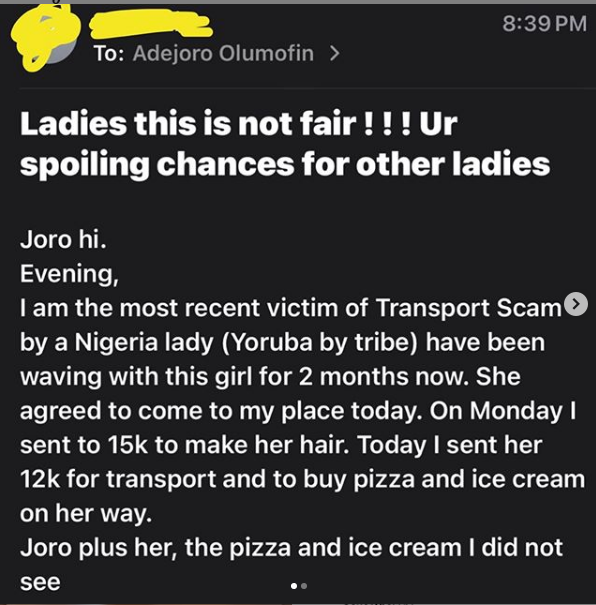 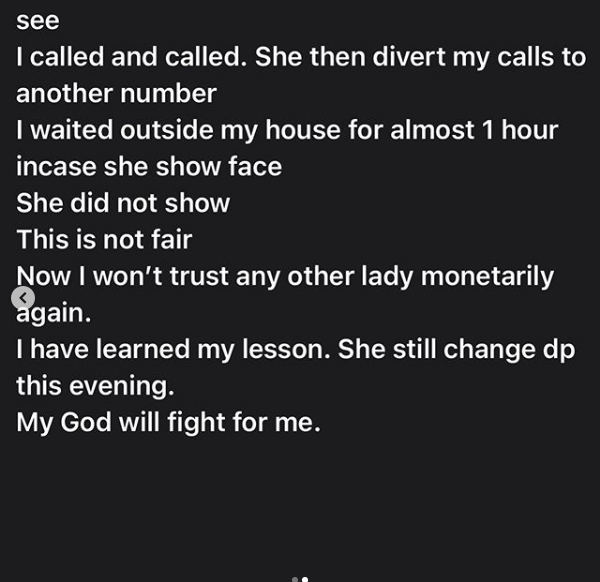 Still Leading As Number ONE In Africa, You Can’t Take My Throne -Bobrisky Slams Upcoming Cross-dressers