Home Entertainment News I will never and will never use her products for any reason...

Regina Daniels used to make posts to sell some kayamata products of Jaruma on her page and that shaped the perception of some fans that she has been using the product on her husband but today she has set the record straight that she never and will never use her products.

According to Regina Daniels, she was paid by Jaruma to use her influence to sell her products to the world but she took advantage of the generosity and friendship she offered her and continued to post her videos making others think she is using the products.

Regina Daniels then disassociated herself from Jaruma and her kayamata products saying she has nothing to do with her and her products asking her fans to ignore any post that Jaruma makes using her image as she’s only taking advantage of her. 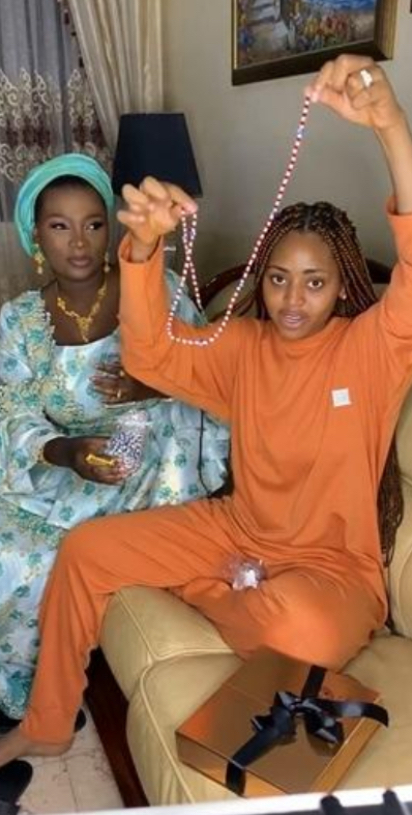 Regina Daniels decided to set the record straight by telling us that she has never and will never use any of Jaruma’s kayamata products to clear the notion some people have that she used the products to snatch Ned Nwoko from his other wives. 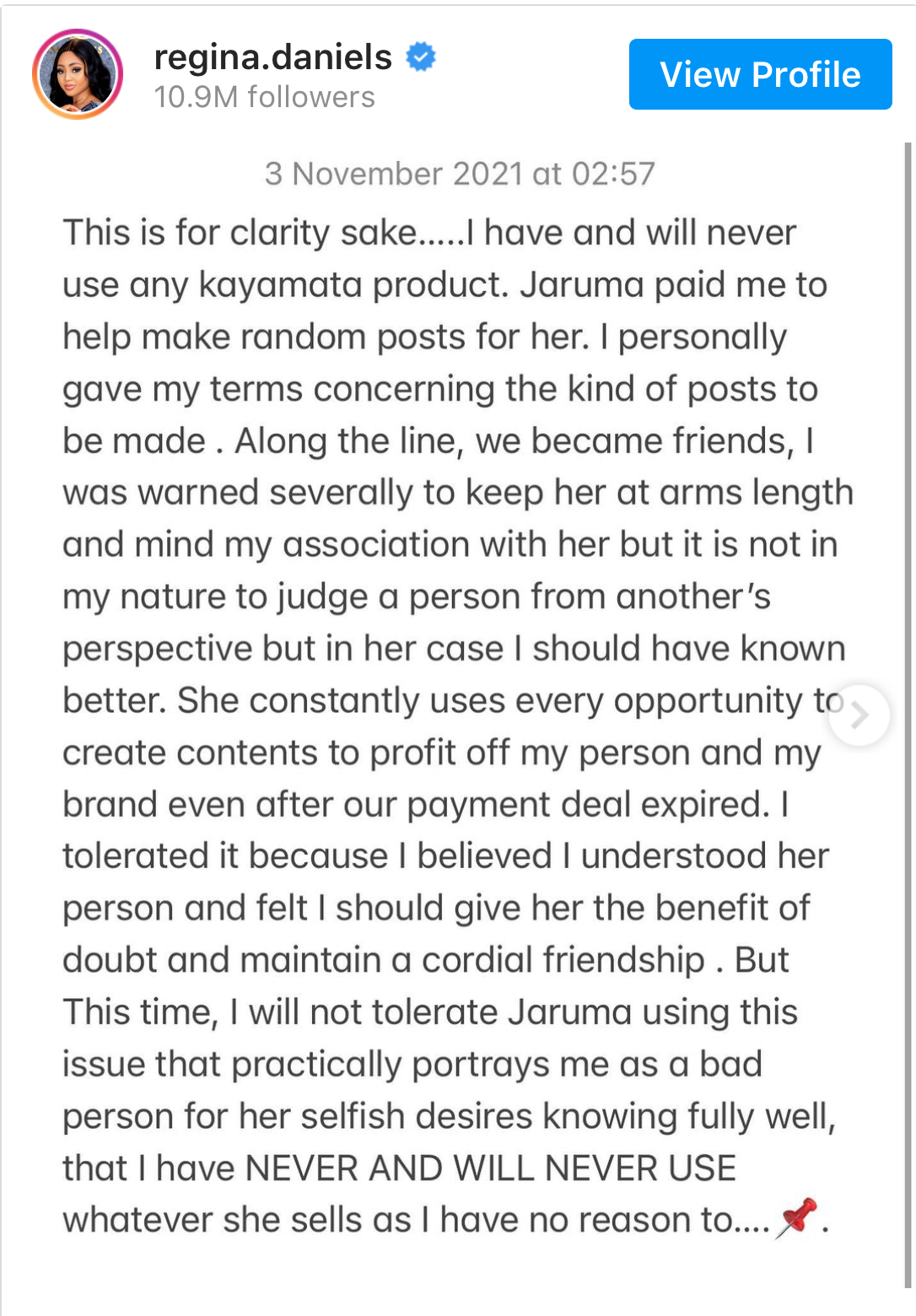 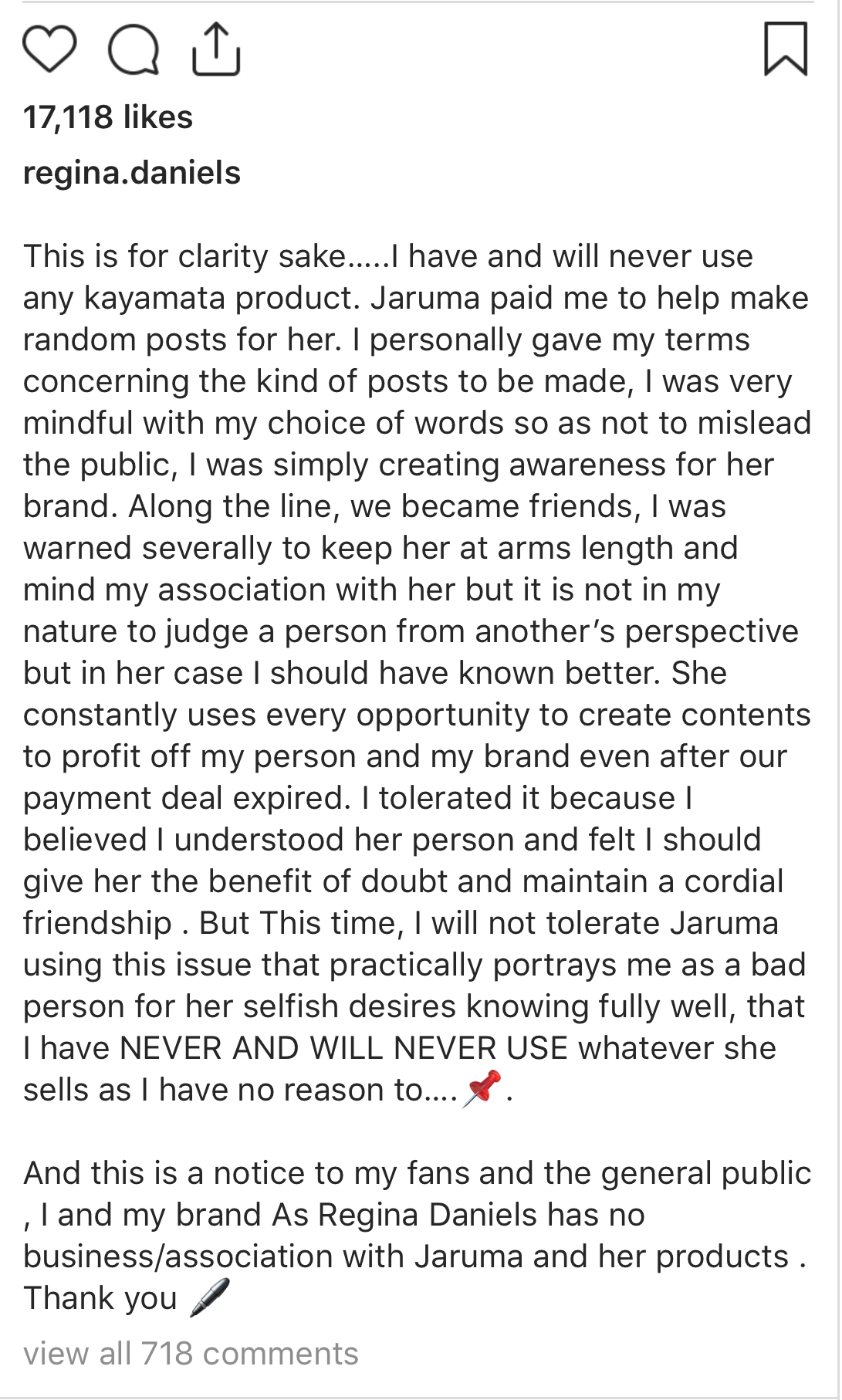