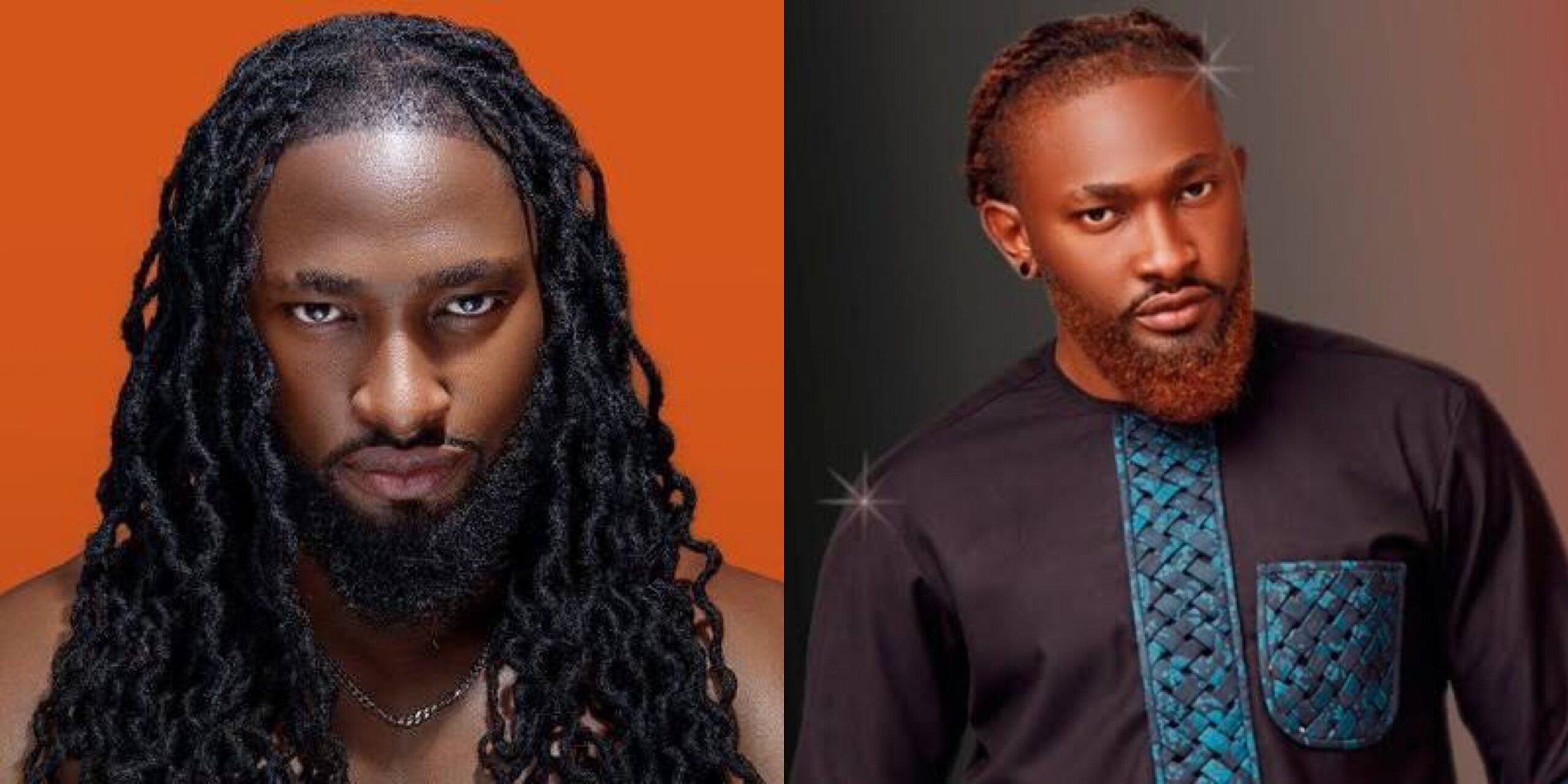 Actor Uti Nwachukwu has said that Nigerians have not broken free from the ”chains of religious conditioning and spiritual blindness/Laziness.’ 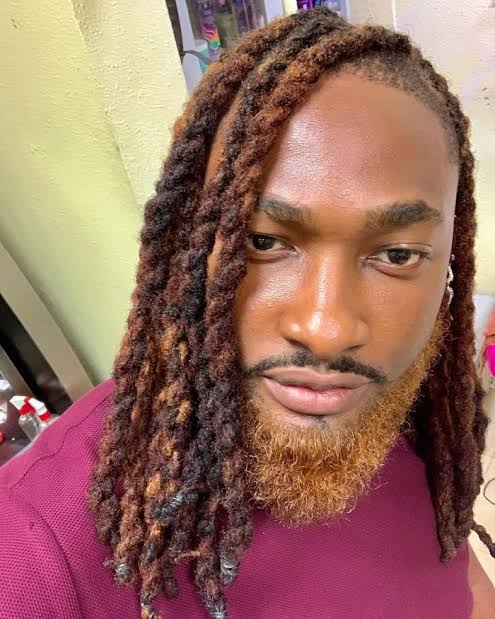 The media personality is of the opinion that if Jesus were a Nigerian, he would have been labeled a Jazz Man and an enemy of progress. 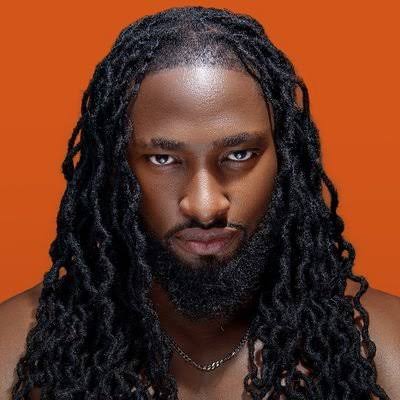 ”The older I get in this country, the deeper I understand the story of Christ. His own people killed HIM just because he spoke the truth to set them free o! Of course the truth also threatened the business and political gains of the church We are no different In this country.

If Jesus was a Nigerian in these times, they would have labeled him a Jazz Man and enemy of progress. Society would have put tyres on him and burned him while exalting their Daddy and Mummy G.O’s that preach prosperity and threaten all who speak against them.

I hope the person people wey do us this thing consistently turn in their graves until Nigerians are broken free from the chains of religious conditioning & spiritual blindness/Laziness! U can deny the truth,hate it, attack it all you want,But Life will always humble U to accept it at some point.

The new threat now is MONEY. If Jesus were Nigerian in these times,majority would not have listened to him cos in their heads, na only who get money fit tell them wetin make sense. How dare a poor man speak sense! How dare a poor man teach us how to think& set our minds free! Lol

Not thinking that if Jesus wanted to be the biggest Job man,He had the Charisma&Wisdom plus spiritual influence to manipulate any and everyone into sowing, thereby making him one of the Richest in the World. Instead he chose LOVE. Wow! He was God, yes, But HE BECAME MAN! for us

So if this country is ever going to change, lt’ll have to start from how the average person here thinks and what they have been taught to respect. If not the experience would be recycled with every generation. God help us.” 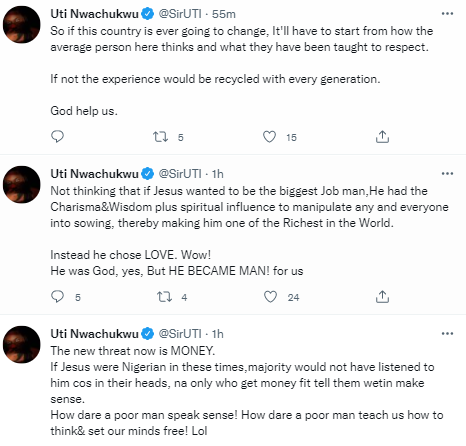 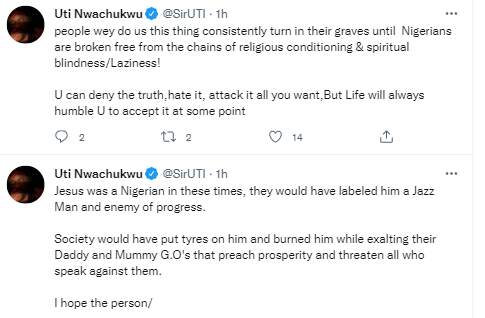