Home Entertainment News If You Think I Like Food, Wait Till You Meet Toyin Abraham...

Popular Nollywood actress, Mercy Johnson has taken to her social media timeline to share a video clip of her at a movie set alongside her colleague, Toyin Abraham. 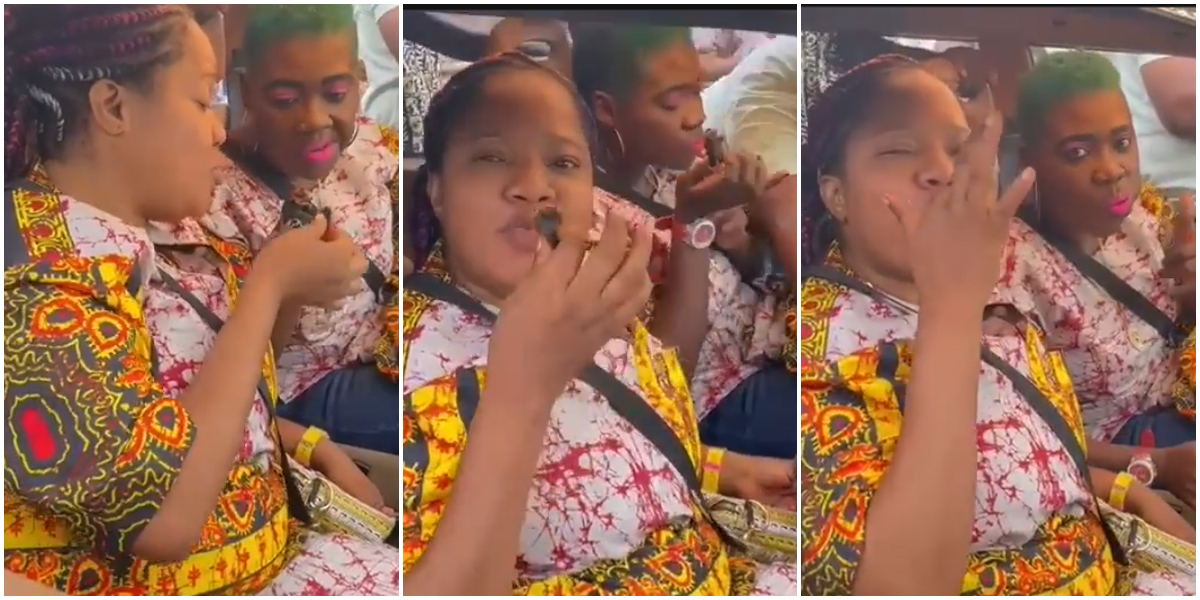 In the video shared via her Instagram page, the two were sighted in a car, getting ready to film.

They donned the same ankara fabric while Mercy had her hair tinted green as she chewed on a piece of meat.

Toyin who had been adjusting her colleague’s earring also had a piece of meat in her hand, and they both had funny gestures as they ate.

In the caption, Mercy revealed that Toyin is a foodie and also hailed her for being such a hard worker.

“If you think I like food, wait till you meet @toyin_abraham. Toyin is my new woman crush o, a hard worker. Arrrr alaye gba.”