Home Viral Igbo Man reportedly got married to twin (one is pregnant) because one...

An Igbo man in the Eastern part of NIGERIA has defied all odds by getting married to twin sisters as it was alleged that this was possible because the sisters claim that they could not live without the other. 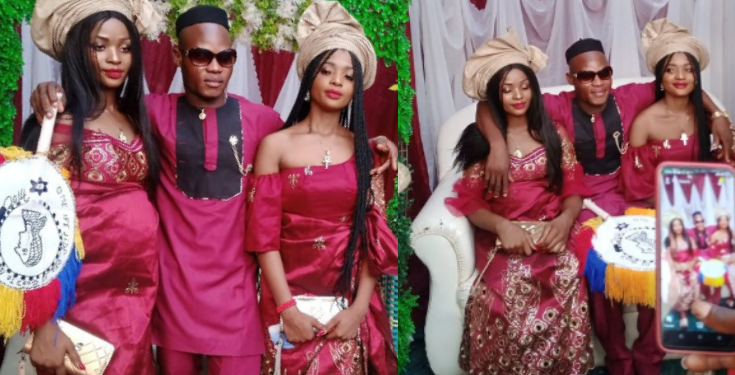 Rumors from those who attended the wedding said that the man in question was dating one of the twin sisters until he got her pregnant and decided to marry her. To his greatest surprise, she brought up the idea of also marrying her twin sister who she claims she could not live without, and marrying him may separate both of them. The man agreed and decided to marry both of them.

In the pictures and videos below, you’ll notice that one of the twin sisters is already heavily pregnant.

Another theory has it that it was a “forced” arrangement as the twin who is pregnant seemed not to be “happy” in the video circulating on social media, probably by family or culture.

Either way, we wish them a happy married life. Below are some of the Reactions to this. Man’s transformation after he was “arrested by Christ” goes viral