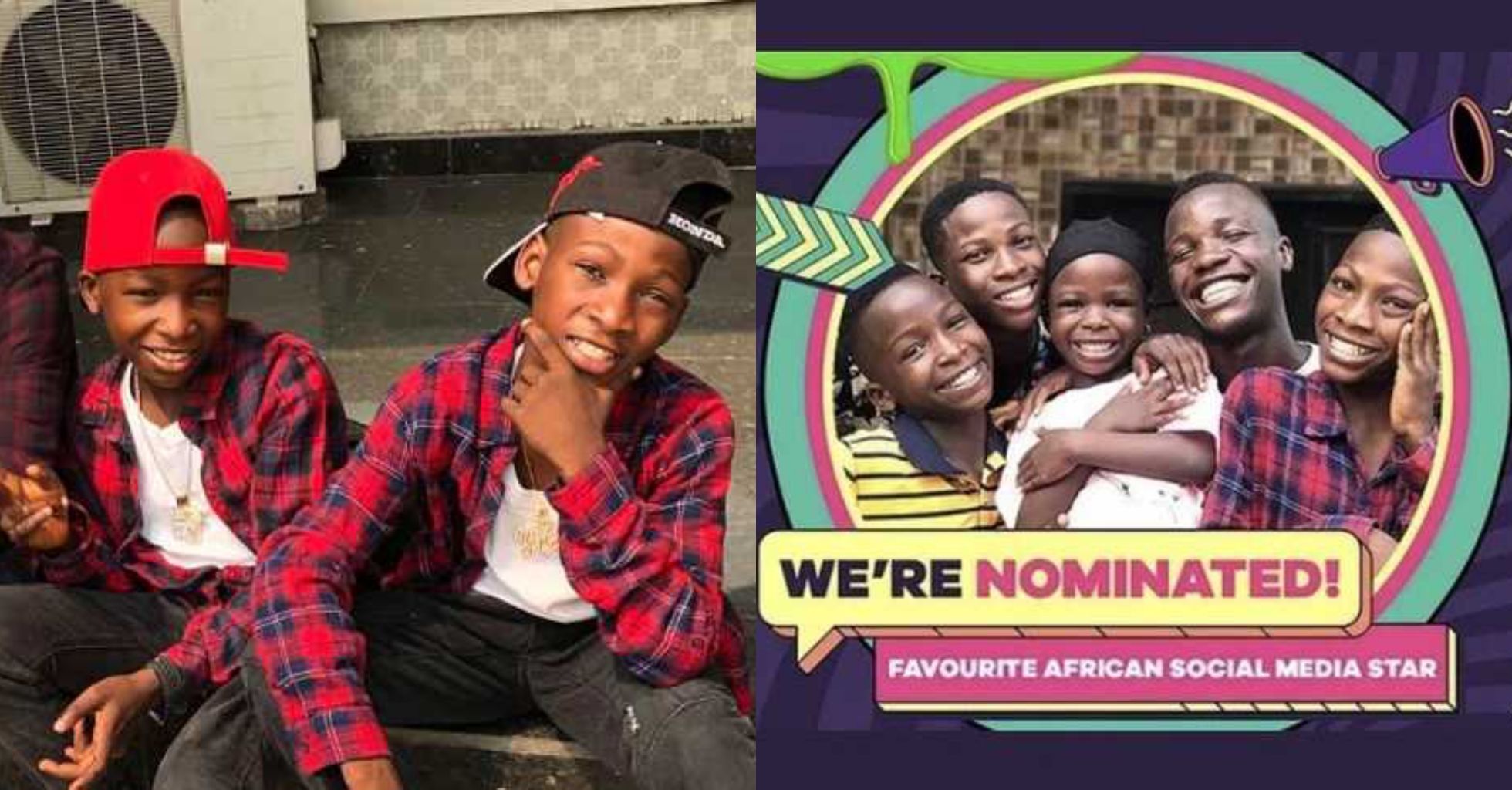 Popular social media sensation, Ikorodu Bois, appear to be having an amazing year 2021 in spite of all that is going on around the world. 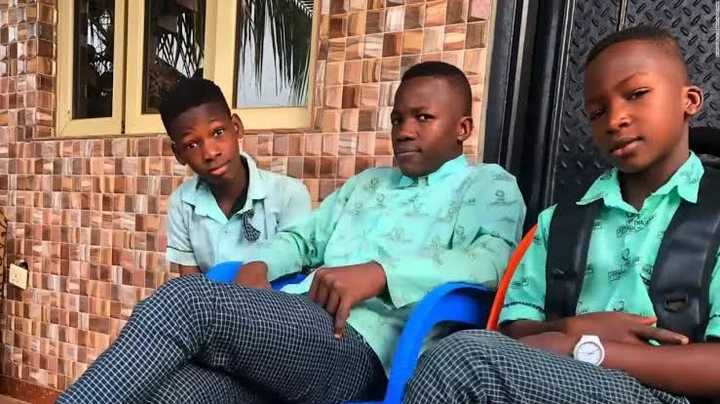 Barely some weeks after the group of teen comedians were given some sophisticated movie-making gadgets by Netflix, the Comic-creative outfit based in Ikorodu, Lagos Nigeria mainly make comedic parodies of Music videos, Movie trailers, and all other catchy films have now been nominated for the Nickelodeon kid’s choice awards.

They have been nominated under the Favorite African Social Media star category. 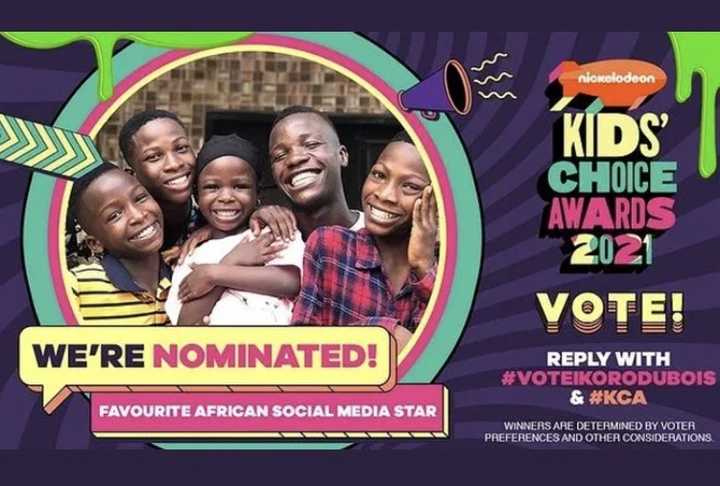 The youngsters via a post shared on their social media pages shared the news captioning:

Yass!!! We have been nominated for a Nickelodeon Kids’ Choice Award. 🕺🏼🕺🏼

Here’s how you can vote:
At kca.nickelodeon.tv
or on Twitter, using the hashtags #VoteIkoroduBois & #KCA
#KCA
@nickelodeon_africa 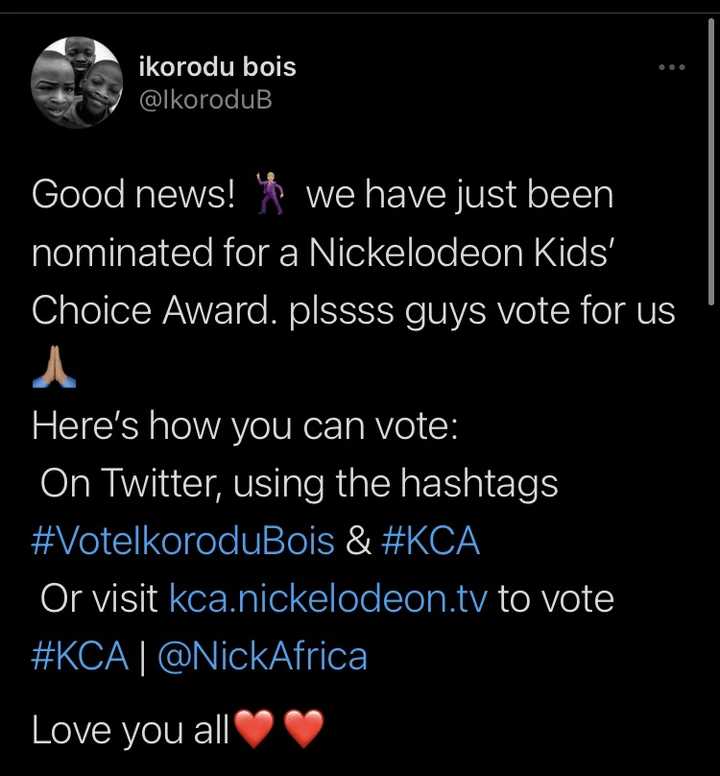