Crossdresser James Brown has claimed he’s no more human as now he’s a goddesses after making ladies drool over him when he dressed as a guy. 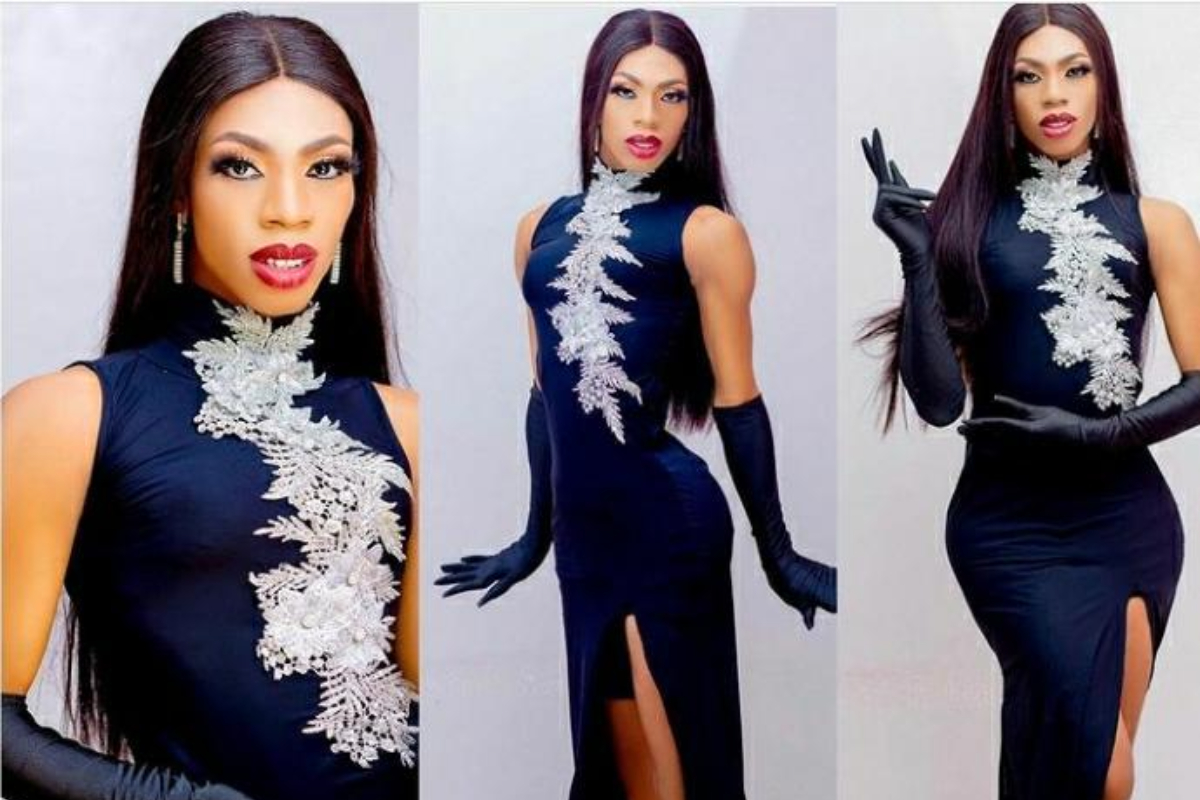 Sharing a photo of himself dressed as a lady, James Brown claimed he’s now a goddesses and he alone understands what he means by that.

Aside from confusing fans with his term goddesses, James Brown also confused them with his styles in the photos he shared looking elegant like a lady.

We think he was trying to say he’s no more a human but a goddess and unfortunately ended up writing goddesses which no one seems to understand.