A viral leaked video has allegedly shown an Imo state commissioner, Chief Willie Amadi, in a room with girls making out. 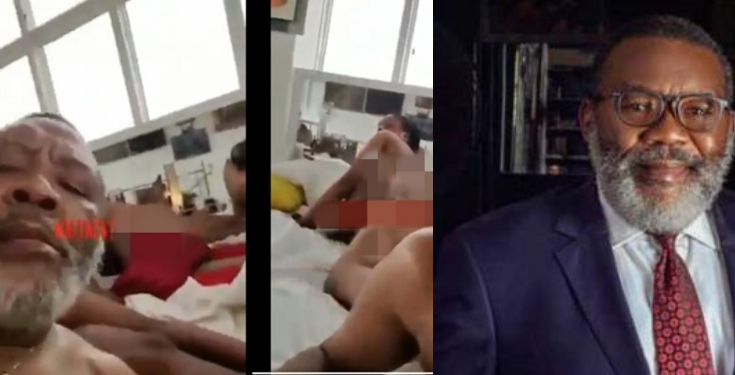 The leaked s3xtape video by Imo State PCC Commissioner, Chief Willy Amadi which was unknowingly or knowingly recorded by him where ladies who were having s3x in a place that looks like a govt office/house, has gone viral.

In the video which was seen by SaharaReporters, Amadi, a lawyer and Federal Commissioner, Imo State Office of the Public Complaint Commission, was seen videoing himself in the 12-second sex tape which captured his image and those of the girls, in an amorous sex position.

Sources told our correspondent that the video first leaked on WhatsApp before it was later uploaded on YouTube last Saturday.

However, a search on Tuesday morning showed that YouTube had removed the video for having violated its ‘Terms of Service’.

Calls put across to Amadi were not answered and a text message sent to him was also not replied.

Man’s transformation after he was “arrested by Christ” goes viral