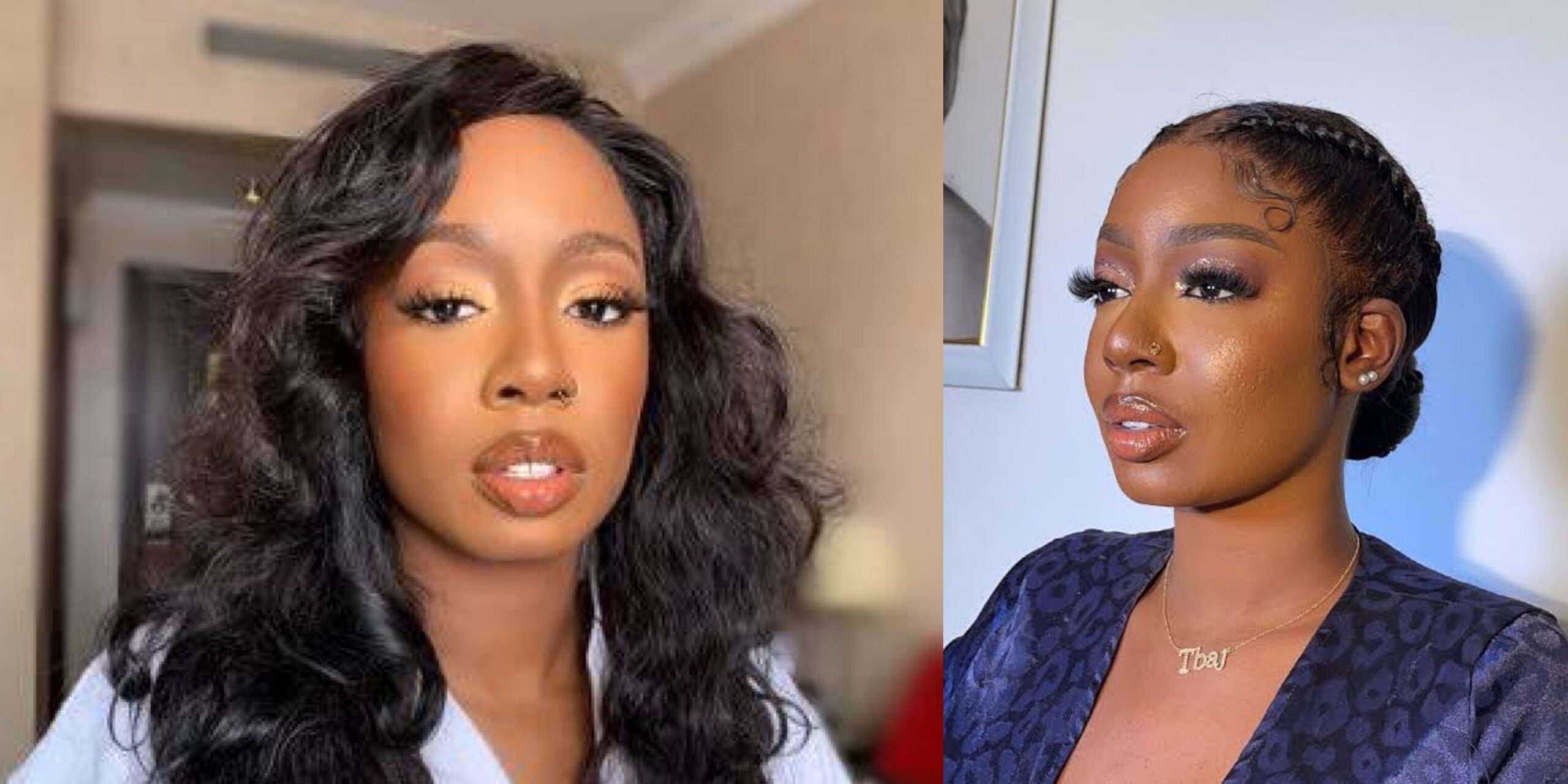 Former Big Brother Naija ”Lockdown” contestant, Tolanibaj says any man who walks through a door before a lady is rude. 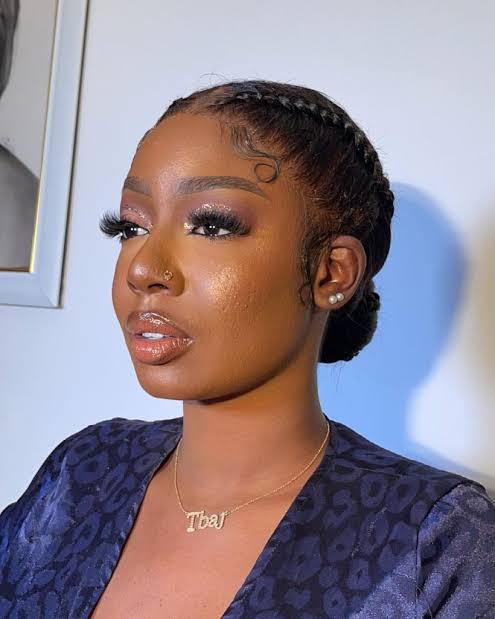 She took to her official Twitter account on Tuesday, March 29 to make the statement which she pointed out was her opinion.

Tolanibaj then questioned the upbringing of men who behave in the manner described. 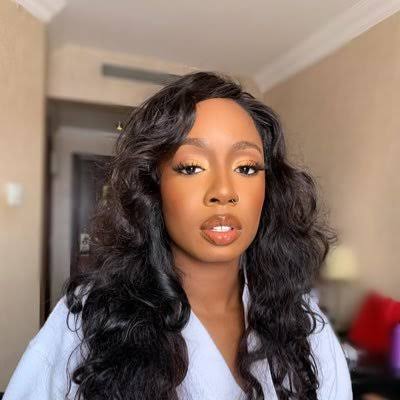 The reality TV star wrote; ”I find it rude when a man walks through a door before a lady. Who raised you?”

Her tweet was viewed as highly controversial and ill timed, hence it generated massive responses. 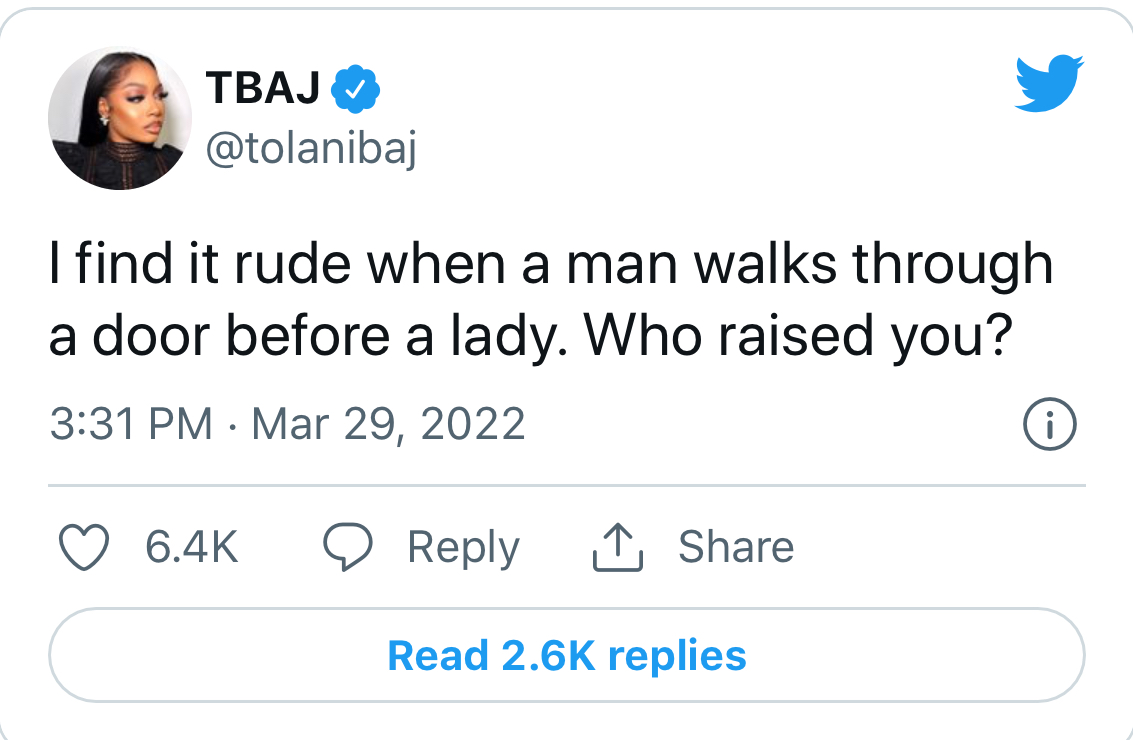 Reacting, @EtuboLion wrote; I know people will come for her. As a man, I find it rude when a man Walks through a door before a lady? Why walk? When you can use Okada to run enter and brush her comot for road?

@iamkynga; No wahala. Until she first enter room dem knack am plank for head. Everybody go rest

@Egi_nupe_; Who raised a disabled adult that can’t open the door herself?

@9Yommie; What’s wrong with that? Aren’t we equal anymore?

@ally_citizen; Etiquettes demands the gent opens for the lady to walk pass but omo🤦

@inaingowealth; my God men are really suffering in this life. most of these women making such statements, never saw their dad open the door for their mom. yet they pick up this philosophies from Hollywood movies and force it down the throats of men. in a world where the men are loved less.